Details
In Defence of Marxism
31 October 2019 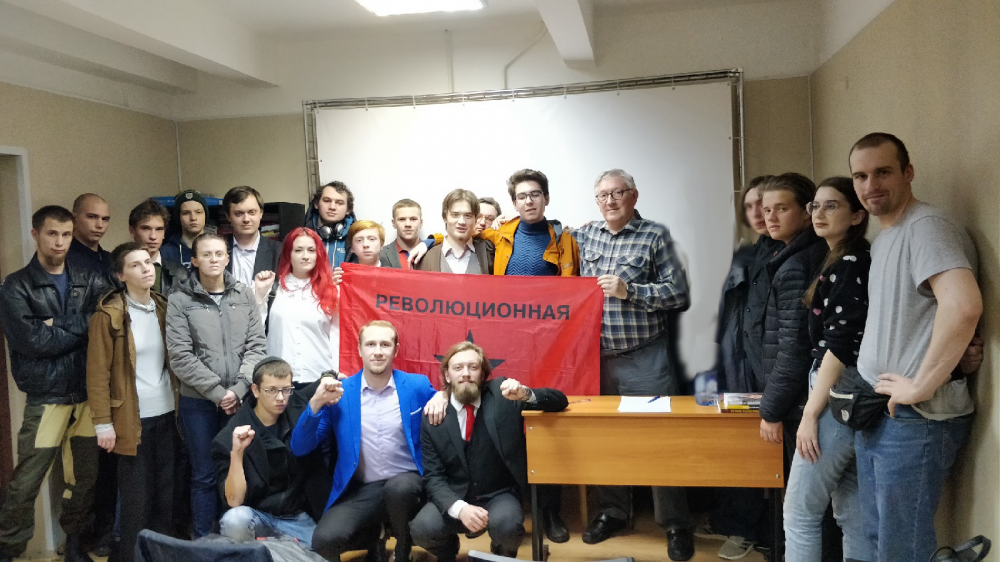 Recently, Alan Woods returned from a very successful, 10-day visit to St. Petersburg and Moscow, made at the invitation of the Revolutionary Workers Party (IMT). A few months ago, the Russian section of the IMT was hugely strengthened by the adhesion of a large number of Trotskyists who, although they were formally outside our ranks, had been following our material for some years and were in complete agreement with our ideas, tactics and methods of work.

The fusion means that we are one of the two largest Trotskyist groups in Russia and the only group that has strong branches not just in the central part of the country, but also in such regions as the Far-East, Volga region, Southern region, Siberia, and the northern part of Russia. In fact, our organisation has the largest coverage of the regions among all the independent left.

For most of these comrades, Alan’s visit was the first personal contact with the International, and it was met with tremendous enthusiasm. Comrades from as far afield as Nizhny Novgorod, Samara, Saratov, the Chuvash Republic, and even Komi in the far north, came to Moscow to meet him. One comrade had travelled 20 hours on a train to hear him speak. 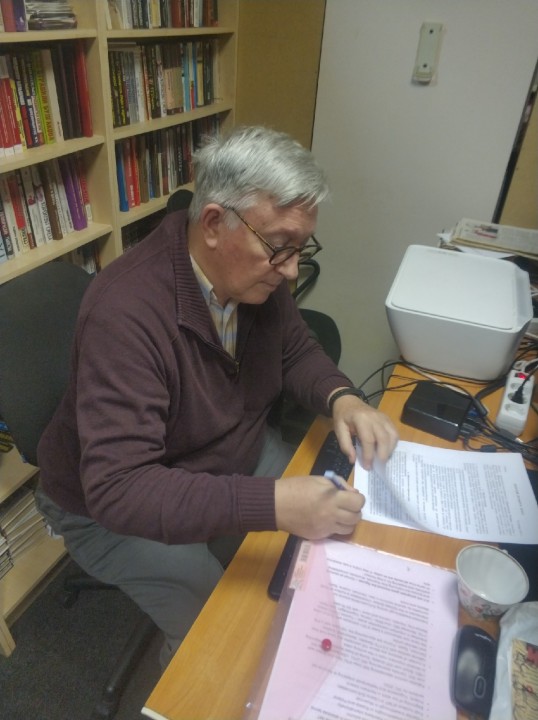 Alan signing a contract for the publication of the Russian edition of his book Bolshevism: the Road to Revolution

On Friday 18 October, a book launch for the Russian edition of Reason in Revolt was held at a Moscow bookshop. Unfortunately, the venue proved to be too small to hold the numbers who crowded into a cramped space. In fact, many people were unable to enter the room and had to stay in an adjacent room, where they could hear what was being said. But the cramped conditions did not lessen the enthusiasm of those present for Alan’s lead-off, which was followed by a lively discussion and a book-signing session.

Reason in Revolt is not the only book by comrade Woods to be published in Russia. One hour before the above-mentioned meeting, Alan was in the head office of the Rodina Publishing House in Moscow, where he signed a contract for the publication of the Russian edition of his well-known book Bolshevism: the Road to Revolution (the Russian title will be Lenin and Trotsky: the Road to Revolution). The translation is already completed and it will be on sale in bookshops and online in February 2020.

In addition to the meetings already mentioned, Alan spoke for over an hour on a popular left-wing internet television programme, where he covered a huge range of subjects. Afterwards, the organisers were very happy with the result, although one of them predicted wryly that they would get a barrage of criticism from dyed-in-the-wool Stalinists!

The Russian comrades show a very lively interest in theory and over a long period they have developed strong work in the study of the classics of Marxist theory, as well as practical classes in agitation, work in trade unions, participation in labour conflicts and work in universities and technical schools. 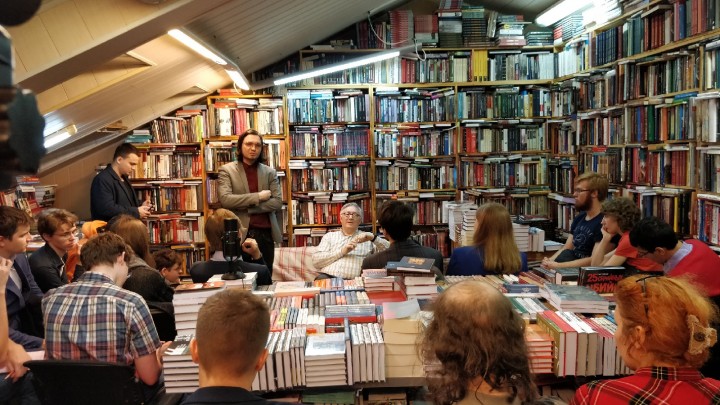 A book launch for the Russian edition of Reason in Revolt was held at a Moscow bookshop, hosted by Oleg Bulayev

In this work, the written material of the International and Marxist.com has made a big contribution. The comrades have developed a systematic study plan that is used in more than half of their branches.

Over the past year, they have developed extremely successful work with the Communist Party and its youth organisation (LKSM). In the past Moscow elections, they successfully supported one of the candidates representing the left tendency in the party.

Through this activity, they have succeeded in winning the sympathies of the left and centrist members of this organisation, despite the hostility of the bureaucracy, which ruthlessly crushes all opposition and expels dissidents.

The party publication Рабочий авангард (Workers’ vanguard) has received official registration and will soon cover all regions of the country through the branches, and local supporters’ and contacts. 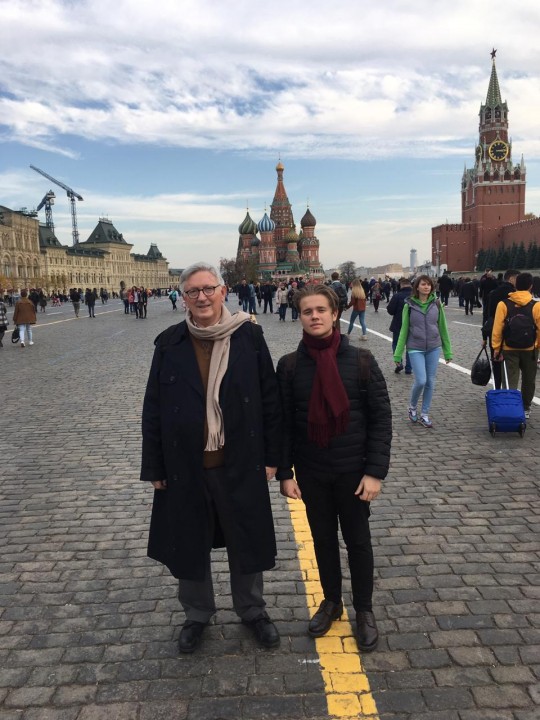 In Moscow and Petersburg, they are actively conducting successful anti-clerical campaigns to combat the poisonous influence of the reactionary Orthodox Church, which is one of the main props of Putin’s regime. Churches are springing up all over Moscow, provoking protests by nearby residents who resent this intrusion on their lives, involving the seizure of parks and other public spaces. Our comrades have led some of these protests (see this report).

Every four months they publish an eight-page theoretical publication, Враг капитала (“The Enemy of Capital”) and have improved the quality of this journal (which is now produced on glossy paper with professional printing).

In Belarus there are comrades in the capital Minsk, Mogilev and in Brest. And Riga, Latvia, there are three young comrades who are very close to us. There are also contacts in Ukraine, although communication with Russia is now very complicated.

They also conduct active campaigning and trade union work among migrant workers in the largest cities of the country, which opens the way to establish contacts outside of Russia. To further this work, they have published union brochures and the Communist Manifesto in the Tajik, Kyrgyz and Uzbek languages.

He who has the youth, has the future!

The organisation is very young: mostly made up of young workers and students aged 16 to 35 years. A very important sphere of activity is work among the school students. One of our comrades, Leonid Shaydurov has gained a big reputation as a leading element in this movement. 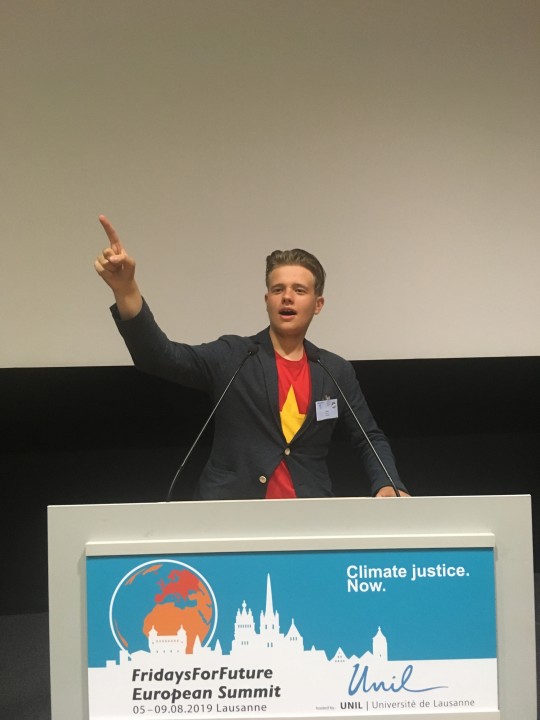 For the first time, in Russia there is a school students’ union. The comrades contacted this student’s union, which has grown to include 70 organisations in 20 cities with 1,000 members. This has been achieved despite constant harassment by the police, who have set up a special division “for combating extremism among the youth.” Activists like Leonid are constantly threatened with reprisals – including imprisonment, although, in theory, what they are doing is not illegal.

Although he is only 16 years old, Leonid made a big impact in the summit meeting of the FFF (Fridays for Future) movement in Switzerland in August. On the initiative of Comrade Shaydurov, a Left Fraction was successfully launched in the FFF, which offers a clear revolutionary alternative to the confused idea of reforming capitalism, as proposed by organisations like Greenpeace. This idea immediately gained the support of tens of thousands of members in different countries, from as far afield as Algeria and Brazil.

Comrade Alan’s visit made a big impression and served to cement, even more firmly, the links between the IMT and its Russian section. We look forward to more active collaboration, especially in international youth work, and we expect to welcome the biggest-ever Russian delegation to the 2020 World Congress of the IMT.

The flag of our International is now flying right across Russia – from Brest in the West to Vladivostok in the far East. May the Russian section go from strength to strength!