Details
In Defence of Marxism
22 August 2020 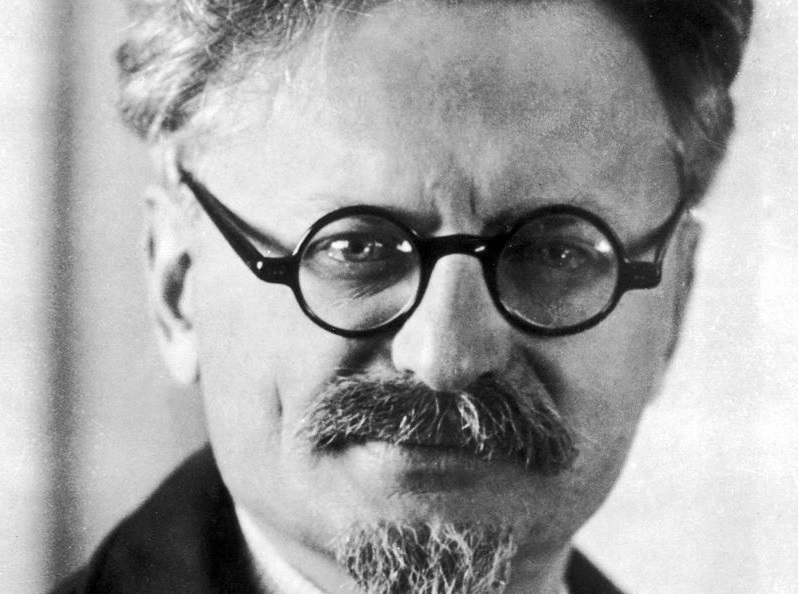 The International Marxist Tendency's rally to celebrate the life and works of Leon Trotsky, 80 years after his assassination in Mexico, was a great success. It has now been watched over 8,000 times across all social media channels. We also raised a considerable sum to support the Trotsky House Museum, which has been closed for the duration of the COVID-19 pandemic.

This truly international meeting was translated live into several languages, with participants tuning in all over the world: from Latin America to the Middle East, from Europe to Asia. A number of people shared images of themselves watching the rally on social media, both individually in groups, to commemorate this titan of revolutionary history.

The meeting was chaired by Rob Sewell, editor of the British Marxist newspaper Socialist Appeal, who began by introducing a documentary about Trotsky’s life, produced by the International Marxist Tendency to mark the centenary of the Russian Revolution in 2017.

The film (which has been viewed almost 50,000 times on YouTube) contains rare historical footage of Trotsky leading the Red Army, as well as interview footage with his grandson (and director of the Trotsky House Museum), Esteban Volkov, who reminisces about his family’s time as exiles in Mexico, up to and including Trotsky’s assassination by Ramón Mercader on 20 August 1940.

In the documentary, Volkov recalls how Mercader screamed and struggled like a rat in a trap following his capture, after he committed his vile deed. “I’ve always had present that image of these hangmen of the GPU,” he said. “That is what the Stalinist heroes were like.”

He contrasts this cruelty and cowardice with the Trotskyists imprisoned by Stalin in the Vorkuta gulag, who marched to their executions defiantly singing the Internationale.

But though Trotksy died, Volkov said, he left behind a “Marxist arsenal” of books, articles and ideas with which the working class today can arm itself to combat both the forces of capitalist exploitation, and all forms of Stalinist, reformist and revisionist slander.

We sold a large amount of this material on the day of the rally, and our bookshop is still offering The First Five Years of the Communist International at a special 25% discount!

The film was followed by a spoken and written message from Volkov, honouring his grandfather as “without any doubt... one of the great Marxists thrown up by humanity,” and offering his warm revolutionary regards to the IMT:

“Those who today follow [Trotsky’s] teachings most earnestly and faithfully, without the slightest doubt are the comrades of the International Marxist Tendency. Leon Trotsky is the beacon to get out of the barbarism of voracious and insatiable capitalism, which is destroying our planet earth; and also the beacon to go forward to another world where peace, justice and equity prevail and human life becomes an extraordinary experience and adventure beyond imagination.”

Alongside this inspiring message, Volkov also sent us an appeal to support the Trotsky House Museum, which has not opened its doors to customers for five months due to the on-going pandemic, and as a result faces an uncertain future.

In a testament to the enduring legacy of Volkov’s grandfather, and the historical significance of the house in which he wrote some of his most important works, our comrades and supporters rose immediately to the occasion. So far, we have raised over £4,500 for the appeal, with some individual donations of £100 or more, and money is still coming in. If you haven’t already, we urge you to make a donation here.

“We are still here!”

The meeting was closed with a speech by Alan Woods, editor of marxist.com. Alan discussed the tremendous accomplishments Trotsky made in the realm of revolutionary theory and practice: standing at the head of the greatest revolution in history, and successfully leading the fledgling Red Army in its defence.

But he also spoke of Trotsky’s immense sacrifice and courage, in the face of insurmountable odds - particularly following his exile from Russia, after which no capitalist nation on earth was willing to offer him asylum, and he was pursued relentlessly by Stalin’s murderous agents. The GPU ultimately claimed the lives of nearly all of Trotsky’s comrades, friends and relatives, as part of a “one-sided civil war against Bolshevism.”

But despite this, Trotsky persisted in his struggle to build the Left Opposition, and then the Fourth International, to preserve the authentic ideas and traditions of Marx, Engels and Lenin. The IMT are the inheritors of this legacy.

“It’s easy to kill a man or a woman”, Alan concluded. “But it is impossible to kill an idea whose time has come. Comrades, 80 years after the death of Trotsky, we are still here.”

The meeting was closed with a video set to the Internationale: the same anthem of workers’ struggle sung by the Vorkuta prisoners when all hope seemed lost. These martyrs of our movement gave their lives in the fight for a better world, and Leon Trotsky stands above them all.

If you are inspired by their sacrifice, and determined to overthrow this rotten capitalist system, then we urge you to join us!