Details
In Defence of Marxism
29 January 2009

Share
Tweet
In the afternoon of Thursday, January 29 (Venezuelan time), two workers were killed by police in the state of Anzoategui, Venezuela. The workers killed are Pedro Suarez from the Mitsubishi factory and José Marcano from nearby auto parts factory Macusa. They were killed when regional police of Anzoategui was attempting evict hundreds of workers who had been occupying the Mitsubitshi (MMC) factory.

In the afternoon of Thursday, January 29 (Venezuelan time), two workers were killed by police in the state of Anzoategui, Venezuela. The workers killed are Pedro Suarez from the Mitsubishi factory and José Marcano from nearby auto parts factory Macusa. They were killed when regional police of Anzoategui was attempting to evict hundreds of workers who had been occupying the Mitsubitshi (MMC) factory. 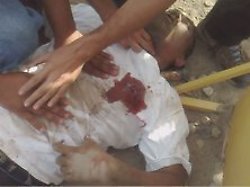 The workers of Mitsubitshi had occupied the plant on the 20th of January. The immediate reason was that 135 workers working in the factory but hired through subcrontractor Induservis, were left without jobs when the MMC management decided to stop any cooperation with Induservis. In an mass meeting of Mitsubitshi with 893 workes present, 863 voted in favour of occupation. While demanding that the 135 sacked workers be re-incorporated as full contracted workers in the Mitsubitshi plant, the workers also linked their struggle to the demand for nationalization as the only solution to the conflicts in the factories Vivex, Franelas Gotcha, Industria Nacional de Artículos de Ferretería (INAF) and Acerven.

The CMR (Corriente Marxista Revolucionaria, Venezuelan section of the IMT) has played a leading role in both the occupation of Mitsubitshi and VIVEX. 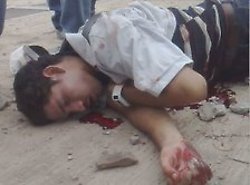 The break-up of the factory occupation was demanded by a judge who showed up with a decree for immediate eviction. However, the workers resisted and the police attacked the workers with force. They fired at the workers with live ammunition, killing two workers and wounding several more. This situation was brought to a halt when the National Guard intervened and stopped the regional police. Thus the workers are still inside the plant, but the judge demands that they go ahead with the forced eviction.

The state government of Anzoategui is run by Bolivarian governor Tarek William Saab. The brutal action of the judge and the Anzoategui police is completely unjustified. The Anzoategui police was already used in repression against oil workers fighting for their contract last year, and it is basically the same police force with the same commanders which was there before the revolution. Governor Tarek William Saab and the Venezuelan government of president Chavez must open an immediate investigation into these events and bring those responsible to trial.

The workers occupying the Mitsubishi plant were all Bolivarians and many of them had pledged themselves as active campaigners for the constitutional reform referendum on February 15. They had received widespread support for their demands in the regional and national trade union movement. Delegations from Toyota and Ford workers had visited them in the last few days and workers at those plants are discussing occupying them in solidarity.

We ask all trade union, youth and solidarity activists around the world to:

We would like to express our outrage at the killing of two workers by the Anzoategui Police in Venezuela. The workers were killed during an attempt to evict them from the Mitsubishi Motor Company plant which they had been occupying since January 20.

This was a brutal and unjustified killing of unarmed workers who were only trying to defend their jobs and livelihoods and who are part of the Bolivarian revolutionary movement. Their only crime was to defend their co-workers, subcontracted to Induservi, 135 of whom had been made redundant in violation of the decree against mass lay-offs dictated by the Bolivarian government of president Hugo Chávez.