Details
In Defence of Marxism
13 February 2006

Cuba
Share
Tweet
More than 65 people gathered on Monday, February 13th at the Casa Don Fernando Ortiz of the Havana University for the second launch of Reason in Revolt in Havana. The launch had been jointly organised by the Spanish Marxist publishing house F. Engels Foundation and the Cuban Ciencias Sociales, which have jointly printed the first Cuban edition of the book.

More than 65 people gathered on Monday, February 13th at the Casa Don Fernando Ortiz of the Havana University for the second launch of Reason in Revolt in Havana. The launch had been jointly organised by the Spanish Marxist publishing house F. Engels Foundation and the Cuban Ciencias Sociales, which have jointly printed the first Cuban edition of the book.

The first to speak to the full capacity meeting room was Dr Jorge Luis Acanda, a renowned Cuban Marxist philosopher and University professor. He pointed out that a book like Reason in Revolt was “part of a tradition of dialectical materialism as an ontology”. But he also warned the potential readers against the use that had been made in the past of Marxism as a straightjacket for natural sciences, as had been the case with DiaMat. 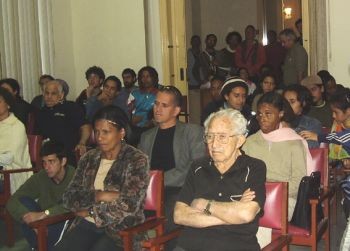 He told the audience, composed mainly of university professors and students, not to confuse this book with that precedent, because “this is not what Alan Woods and Ted Grant intend”. On the contrary, he said, “the book tries to show how the development of science today can be understood on the basis of dialectical materialism, but that is different from the dogmatic version of Marxism which we suffered in the past”.

After that Alan Woods spoke at length about the book. He stressed that despite all the propaganda of the ruling class to the contrary, what had died after the collapse of the USSR was not Marxism, but “a bureaucratic caricature, what I would call Stalinism”. He added that a “system of nationalised planned economy cannot work on the basis of bureaucracy, bureaucracy is its death”. He went on to give a number of examples from science which demonstrate the dialectical point of view developed by Engels in his Dialectics of Nature. 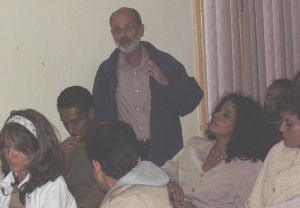 Cuban physician Oscar Arés
Alejandro Jimenez, one of the editors of Editorial Científico-Técnica, the twin publishing house to Ciencias Sociales, spoke of the great vacuum there is for books of this kind, that attempt to develop a Marxist understanding of modern science.

A representative of the F Engels Foundation then spoke to thank Dr Acanda for agreeing to present the book and all those at the Ciencias Sociales for undertaking its publication in Cuba. He added that he hoped this would be the beginning of further collaboration and that the authors’ rights of publications of the Foundation, particularly of Alan Woods and Ted Grant, were at the disposal of Ciencias Sociales for their publication in Cuba.

Then there were a number of questions from the audience, including one from Oscar Arés, one of Cuba’s most outstanding physicists, who at the same time as praising the book, called for a dialogue between philosophers and scientists which would allow them to advance even further, and introduce any updates needed in Reason in Revolt.

Amongst the audience there were a number of university professors and intellectuals, including Fernando Martinez Heredia, from the Cátedra Antonio Gramsci.

Alan Woods, in summing up, explained how there is a ferment among the left internationally, that comrades from different traditions had started a dialogue, and that through an amicable confrontation of ideas we would be able to go forward. 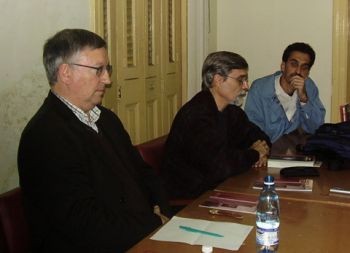 He also explained the enormous collapse of the economy, living standards, culture and science that had been brought on by the restoration of capitalism in Russia, and warned that worse was in stock for Cuba if ever the capitalists came back into the island. He appealed to the youth to defend the nationalised planned economy, as part of the world struggle for socialism, which was in the last instance the only way to save the Cuban revolution.

The mood in the meeting was genuinely enthusiastic and nearly 30 books were sold at the end, despite the fact that many had already bought it at the book fair. Sales of the first print run of 2,000 copies have been quite high and the president of the publishing house said they were already considering a second edition soon.

On the same day of the meeting, the daily Granma published an excellent interview with Alan Woods under the title “Wars and Terrorism: symptoms of the failure of capitalism.”