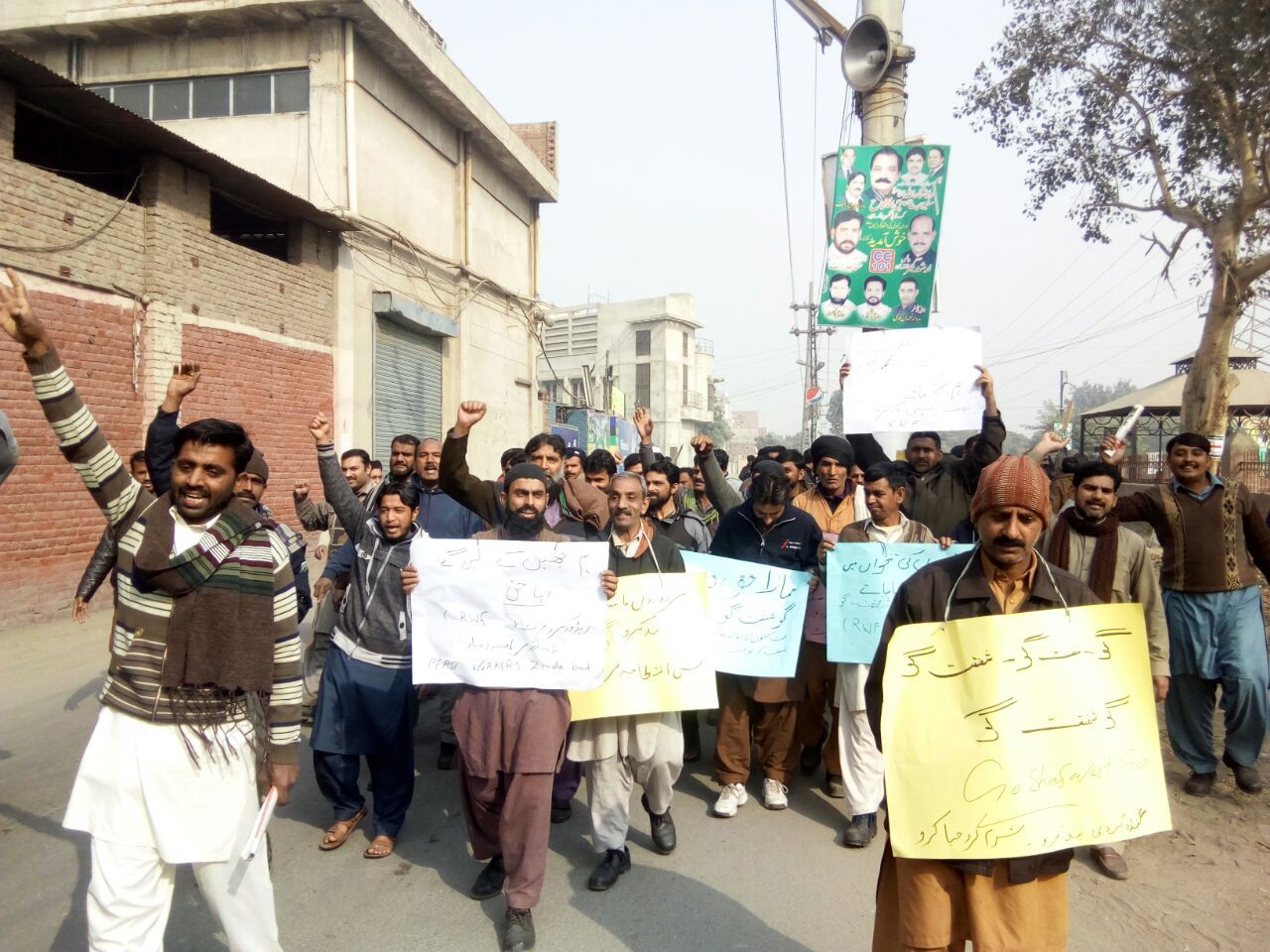 A great victory has been won by striking workers of the Pepsi-Cola factory in Faisalabad, industrial hub of Pakistan. On 29 January 2018, almost 250 workers completely shut the factory down in solidarity with three colleagues who had been laid-off by the administration without prior notice. The three workers who were fired actively motivated their colleagues to raise the demand for an increase in their daily wages. The workers' militant action put the bosses under severe pressure and eventually forced them to buckle.

Pepsi-Cola Pakistan gives workers neither permanent employment status, nor any kind of benefits. Workers’ share of profits can be measured by the fact that they cannot afford to buy three meals a day for their families. The daily wage of a precarious worker is 500 rupees (£3.20) and if he or she is lucky enough to get work every day, his or her total salary per month, including one day-off a week, is 13000 rupees (£83.20). The situation for permanent workers is not much different: they are paid 620 rupees (£3.90) per day, and their monthly salary amounts to 18600 rupees (£119). It is important to note that the very basic living cost in Faisalabad is more than double the salary these workers are earning. However, the greed of the multinational companies knows no bounds. Each bottle of Pepsi-Cola manufactured in Faisalabad contains the blood and sweat of workers toiling in dismal conditions in this factory. 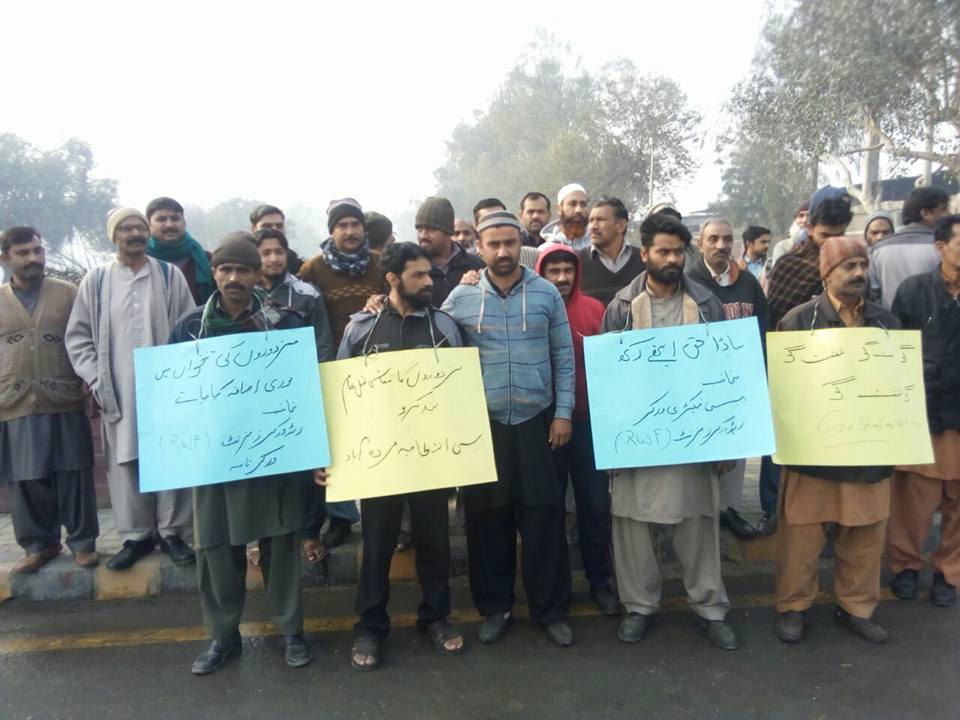 The workers’ so-called legal guardian (the labour department) is just a silent partner of the multinationals, and makes a mockery of labour laws. Usually, workers are hired through middlemen or labour contractors of the factory administration and are offered daily, or monthly contracts: permanent workers are few. Unionising workers is a far-fetched dream under these circumstances. The EOBI (Government Pension Contribution System) and government social security system are also non-existent. Employees are forced to work more than 12 hours every day, and their hard-earned wages are subject to cuts and delays. 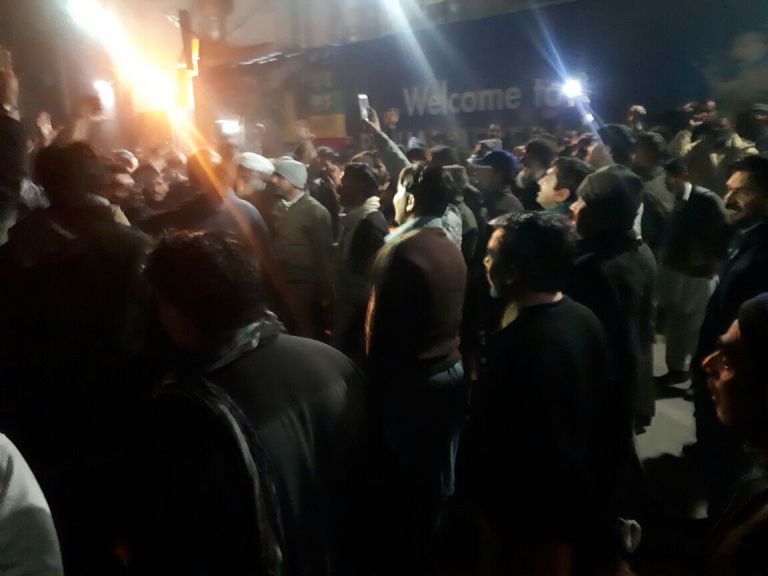 Workers in Faisalabad fighting the bosses / Image: own work

Even the massive exploitation of Pepsi-Cola was not enough, and they started laying off workers demanded a pay rise. This created widespread anger amongst the workers, and on 29 January they shut down the whole factory and went on strike. The principal demand of striking workers was to reinstate their laid-off colleagues. Overnight, workers staged a sit-in strike outside the factory gates. The bosses used all tactics to disperse the workers including a threat to crush them using factory cargo trucks, but not a single threat could budge the workers. The bosses also called a heavy contingent of the police to scare them (see below). Meanwhile, they tried to have a dialogue with the workers, in an attempt to force them to end the strike and withdraw their demands, but they all faced utter humiliation at the hands of the striking workers. The administration was never short of ideas and sent agents to the homes of the workers to bribe their families, but in a show of unanimous class unity they all shooed off these agents.

Comrades from the Red Workers Front stood shoulder to shoulder with the striking workers of the Pepsi-Cola factory and electrified the atmosphere with their speeches. It was decided to hold another sit-in strike in front of the factory gates on 30 January. At 10am next morning, the workers started gathering as planned to sit in front of the factory gates. The enthusiasm and roars of the slogans against the owners of the factory were enough that the administration accepted defeat and announced to reinstate the laid-off workers but asked for a time extension until March to increase the workers’ wages. After negotiation, the workers ended the strike with the partial fulfilment of their demands, but they demanded back pay, including for the two days of the strike, which was unwillingly accepted by the administration. The workers have planned another meeting soon to discuss further strategies, including forming a union. 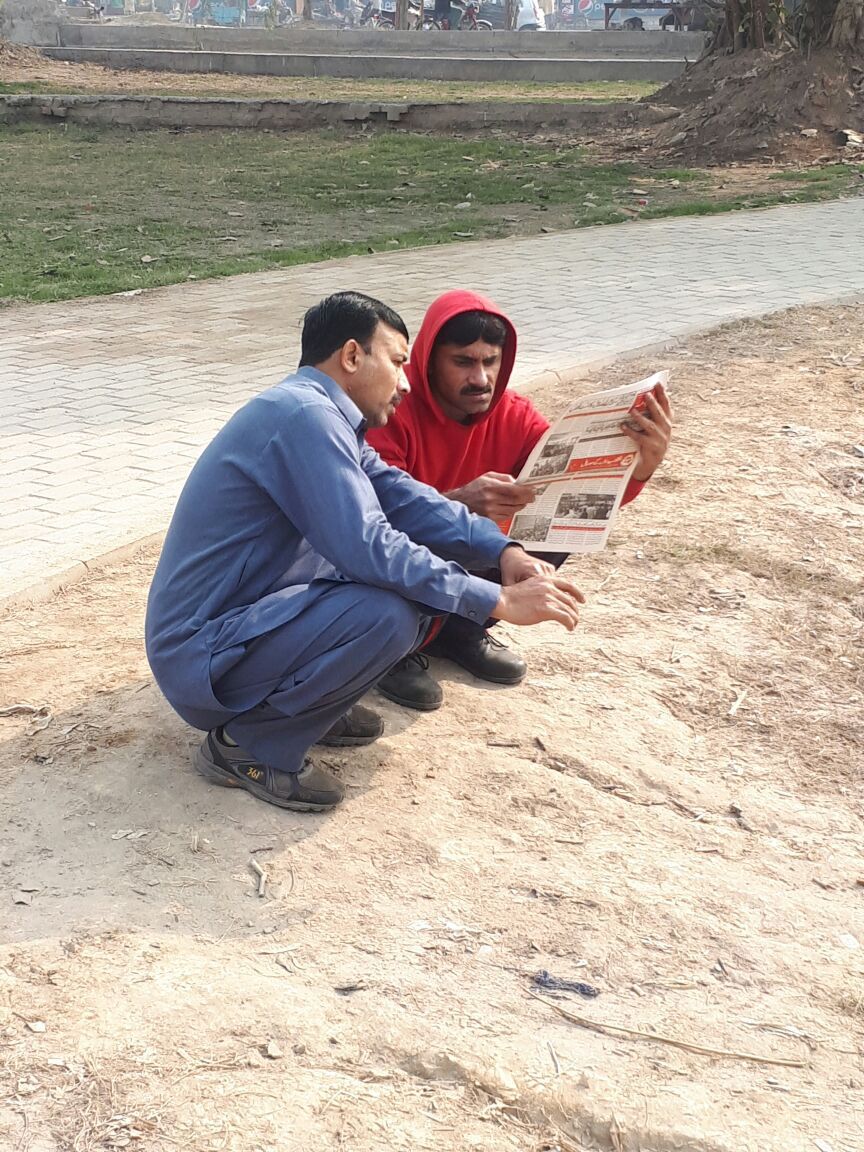 During the whole struggle, members of the Red Workers Front were successful in gaining support from all workers of the Pepsi-Cola factory. This heroic struggle and victory of Pepsi-Cola factory workers are an example to the thousands of workers facing dificult conditions in other industries: only through class struggle can you stand up to the bosses and multinationals and win your rights. Below, you can watch Comrade Abdullah Rehmat of Red Workers Front speaking (in Punjabi) during the Pepsi workers' sit-in strike in front of factory gates: