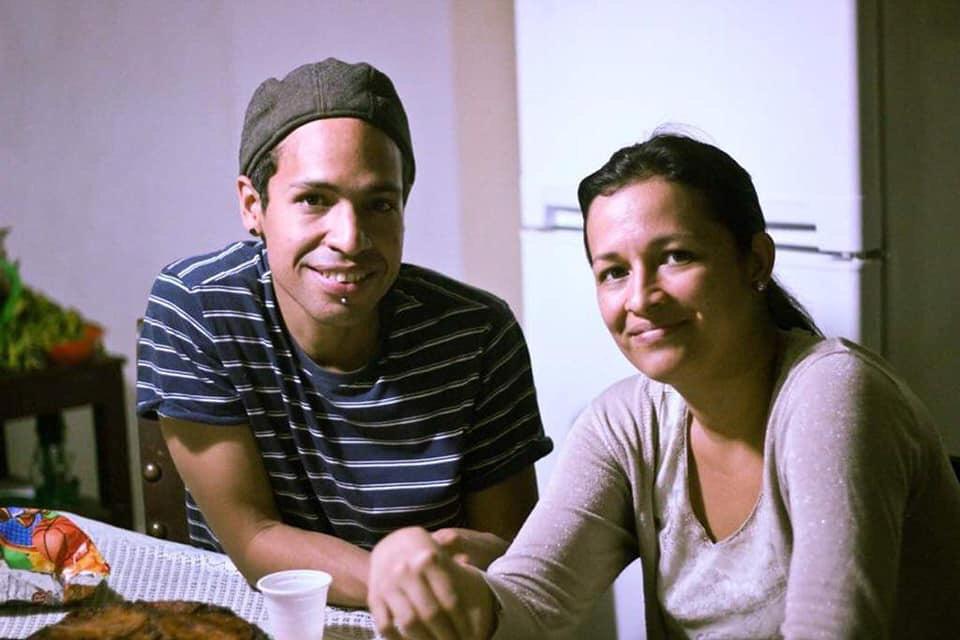 On Friday 28 February, comrades Alfredo Chirinos, PDVSA’s Special Operations Manager, and his wife, Aryenis Torrealba, PDVSA’s Crude Operations Manager, were arrested in the company’s administrative headquarters in Caracas by the intelligence corps of the state. Up until now, their whereabouts remain unknown. At the time of writing this article, they haven’t been allowed to communicate with a family member, nor to see a lawyer.

The main charge against them, which has served as a pretext for their abusive detention in violation of every semblance of due process, is high treason. The sectors of the leading state bureaucracy behind their detention allege that these comrades handed over confidential information that could endanger national security – specifically delicate information about PDVSA, its business operations, etc. – to US imperialism.

The PDVSA mafia are trying to blacken the workers’ names

But what is really happening is that the bureaucracy at the head of the state, the government and the PSUV – which went from playing a progressive reformist role in the past to a clearly reactionary role today – wants to blacken the names of these two comrades, as it has already done in the past against other revolutionary activists.

Throughout their whole political lives, these comrades have shown loyalty to the revolutionary cause in Venezuela, even when this has meant fighting against counter-revolutionaries who dress in red and use socialist verbiage to disguise themselves as revolutionaries, while at the same time calling all those who oppose their corrupt and bureaucratic practices counter-revolutionary, "escuálidos", or worse, as is the case here, traitors to the homeland and collaborators with imperialism.

From the Class Struggle editorial board, we must point out that we certainly do not know these comrades first hand. However, we have had contact with not a few comrades in the revolutionary movement, fighters and social activists, who for years have been very close compatriots in struggle and friends of Alfredo and Aryenis, and who can testify to their commitment to the cause and their integrity as revolutionaries. Many of these comrades have raised their voices over the last few days to protest this politically monstrous action, which has been carried out by people who are rotten to the core with the cancer of corruption.

Who are Alfredo and Aryenis?

Comrades who know Alfredo first hand can attest to his revolutionary activism at the Mario Briceño Iragorry high school during his adolescence. There, along with several other students, Alfredo promoted the rescue of a high school that was abandoned 25 years ago. Later, during his engineering studies at the Polytechnic of Barquisimeto, he stood out both for his leftist activism and for his remarkable behaviour and academic performance.

When, some years ago, Argenis was called upon to assume an important administrative and technical responsibility in PDVSA's central offices, he performed his duties always with the purpose of offering a quality service to improve the living conditions of the Venezuelan working masses.

Unlike many "chivos" (a very Venezuelan way of describing powerful bureaucrats) or "rojo rojito" (“redder than red”) bureaucrats – who hang around the management of state-owned companies, and who have used their positions for their own benefit and personal gain, legally and illegally – since Alfredo and Aryenis have been in PDVSA these comrades have risked their own skin by systematically denouncing the mafia within PDVSA, which has been plundering the company's coffers. This is the reason why the leading bureaucracy of PDVSA and the state has decided to attack them now.

Alfredo and Aryenis are humble comrades who, in spite of being in leadership positions in the state oil company, have maintained the same proletarian standard of living as they did before joining. Therefore, any accusation of corruption, embezzlement or illicit enrichment against them is a total lie – and an extremely low and petty one at that. However, this was part of the show that was intended to be staged against the comrades.

During the arrest, the comrades had $100 taken from their possession, and the authorities who arrested them claimed that this was part of the payment for the information they had given to the imperialists. All a pack of lies. If these comrades were really leaking information to U.S. imperialism, would they be running around with $100 on them? Just trying to make such an argument borders not only on the absurd, but on the stupid.

Collaboration with imperialism at that level would mean the payment of huge sums of money, which would translate into foreign bank accounts, luxuries, privileges, properties, vehicles and so on. These two humble workers are devoid of such things, unlike the many "patriotic and honest", red, super-revolutionary, pure-souled, sin-free bureaucrats, who brazenly flaunt with their expensive trucks, and whose excess body weight, compared to the average worker in this country (who has lost about 15 kg over the last five years) can be seen at a distance.

The outrage at this shameful attack against committed revolutionary comrades has been of such magnitude that there has been a widespread response of outrage on social media by revolutionary activists from all over the country.

One of these responses was from a close friend of comrade Alfredo, who showed in a video the extremely humble and even precarious conditions of Alfredo's mother's house in Barquisimeto, conditions that also show the consequences of the economic crisis that the workers of our country are experiencing. This reality is absolutely the opposite to that of the powerful bureaucrats and "chivos" who live from restaurant to restaurant and from party to party, while we workers have returned to the conditions of the 4th Republic and have progressively sunk into misery over these past several years.

In the official statement that the government has spread in the state media, these comrades are accused of having received the qualification of "high-level collaborators" from the US government.

Moreover, while evidence of cooperation with imperialism abounds everywhere in the Guaidó case, no action whatsoever has been taken against him. People like Parra (the current president of the National Assembly and a good friend of the government) supported Guaidó's actions until just three months ago and is indeed linked to cases of corruption in the commercialisation of food, are rewarded. Meanwhile, truly committed revolutionaries are being arbitrarily and illegally arrested for having told the truth about the corruption in PDVSA, and this is being sold to the country as a "victory" of the PDVSA restructuring commission over imperialism.

In conclusion, this accusation of collaboration with Washington exposes the macabre show that has been put on for the purpose of tarnishing the reputation of two comrades historically committed to the Bolivarian Revolution, and deceiving the rest of the working masses who still support the government because of its historical link to the Chavez regime.

Solidarity urgently needed against attacks by the counter-revolutionary bureaucracy!

During the last two years, we have seen how, in light of the weakening of the popular support base of the government – as a consequence of its class conciliation policy first, and its anti-worker and monetarist policies second – the government has been more and more pushed to use the repressive bodies of the bourgeois state apparatus to keep itself aloft, although sometimes not without difficulty, in the face of the enormous social discontent that has been growing in the country.

There is no doubt that the governing elite is moving further and further away from the banners of the struggle of comrade Hugo Chavez and of the Bolivarian Revolution.

Faced with the worsening economic crisis in the country, their response has been the application of monetarist policies, letting the whole weight of the crisis fall on the working masses, while accelerating the destruction of the enormous social conquests of the Chávez period.

In addition, in recent months we have seen dozens of peasant families, occupying idle land in the hands of former landowners, being forcibly evicted, with the permission of the agrarian courts and even the collaboration of the repressive bodies of the state.

Likewise, bodies such as the Faes (Special Action Force of the Bolivarian Police), the Sebin (Bolivarian Intelligence Service) and the Dgcim (General Directorate of Military Counterintelligence) have become the spearhead of the counter-revolutionary bureaucracy that speaks in the name of Chávez, to persecute, intimidate, terrorise and defeat the public sector workers who have decided to raise their voices against the rampant corruption and bureaucratism within the state enterprises, particularly PDVSA, but also in electricity company Corpoelec, the hydrological enterprises, the Metro, and even in those private enterprises where the workers have risen in struggle.

However, despite the situation of widespread exhaustion and demoralisation, we the workers cannot continue to retreat in the face of attacks from that reactionary bureaucracy, which, using Chávez's legacy as a disguise, is burying what remains of the Bolivarian Revolution.

If we do not mobilise in defence of our conquests and rights, the bureaucracy will continue to advance in its repressive policy, tying up the labour and popular movement, arresting comrades, defeating workers' struggles, privatising nationalised companies, destroying union organisations and peasant communes, and returning occupied lands to old landowners.

While the case of Alfredo and Aryenis is particularly serious, it is not unique in the chain of repressive actions that the government has been committing in recent months against labour leaders and activists within PDVSA. Our response must be one of class solidarity, mobilisation and struggle in the streets for the defence of our rights.

On 2 March, a protest was held at the Lara State Ombudsman's Office, and on 3 March [the time of writing] at 9am, a rally is called at the Edo. Lara Legislative Council, to demand answers about the situation of the comrades and to demand their immediate release. We invite all the comrades of the labour and popular movement of Lara and the Central West to join this activity. We also call for class solidarity throughout the country, and internationally. It is vital that the workers' movement and the revolutionary left, in Venezuela and in the world, speak out against these clearly counter-revolutionary actions. Class solidarity becomes urgent at times such as these.