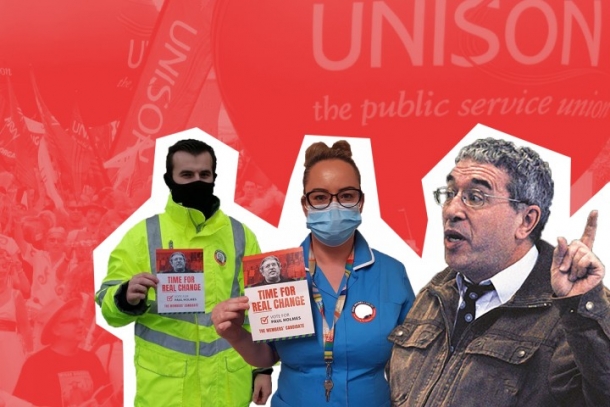 Results from the general secretary election for Unison (Britain's biggest trade union) show the enormous potential strength of the left, if united. The left wing must now look ahead and fight for a majority on the union NEC – a key step in transforming the labour movement.

The result for the Unison general secretary election has just been announced:

While McAnea, the right-wing candidate, won the election to replace Dave Prentis, this election in reality shows enormous potential for the left.

The only reason why Paul Holmes, the left candidate, did not win a landslide victory – which was entirely possible – was because the left vote was split three ways. If there hadn’t been three left campaigns fighting for votes for three different candidates, the result would have been entirely different.

The direction of travel was clear. Had Roger McKenzie and Hugo Pierre been prepared to stand aside in favour of the official left candidate and put their efforts behind Paul Holmes, he would have certainly scored a magnificent victory against all the odds. It would have changed the entire dynamic. Failure to do so criminally robbed the left of such an outcome.

While she won the election, McAnea has little to celebrate. This is the lowest percentage vote for any right-wing candidate in recent times, which has been falling steadily at each election. Dave Prentis got 77% of the vote in 2005; 67% in 2010; and 49.4% of the vote in 2015.

In this election, the combined votes for the left was over 70,000, compared to 63,900 votes for the right wing – a huge increase on previous elections.

This is an incredible vote given the circumstances. Once again, to underline the point, if the left had fought in a united fashion, they would have trounced the right wing.

A single left candidate would have won the Unison election.

As we explained throughout the campaign, Paul Holmes was the official left candidate, supported by Unison Action Broad Left.

Roger McKenzie also described himself as a ‘left’ candidate and was supported by Jeremy Corbyn, Diane Abbott, and other left MPs. But he had little active support on the ground. As an assistant general secretary under Prentis, he was part of the union machine.

When McKenzie announced he was standing, a layer on the left argued that “he had the best chance” of beating the right wing. This turned out to be false. In fact, Holmes won more than three times the number of votes received by McKenzie, a Unison assistant general secretary.

However, in the end, McKenzie’s campaign was sufficient to take vital support away from Paul Holmes. It is clear that the left MPs should have listened to the left of the union and supported Paul.

Added to the split in the left was the campaign by Hugo Pierre from the Socialist Party. Pierre was rejected as a candidate by the Unison broad left, but still decided to stand in any case.

Pierre and his campaign were repeatedly warned not to split the vote, and were asked to stand down in favour of the official left candidate. But he and the Socialist Party refused.

This meant that the 31 nominations that Hugo Pierre picked up – according to the rules – then blocked those bodies from supporting Paul throughout the campaign. In other words, Pierre’s vote was a wasted vote, which contributed to the success of the right-wing candidate.

The Socialist Party stood a candidate solely for prestige reasons, nothing more. In the past, they had played a certain role in the left of Unison. But those days have long gone.

How the balance of forces have changed since 2015! Here are the results from that election:

While the official grassroots left almost tripled its vote since then, the Socialist Party vote has fallen by one third, coming bottom of the poll. Significantly, Paul Holmes took 40% of the votes that went to Roger Bannister in the last election.

In effect, the Socialist Party’s entry into this current election was a wrecking tactic. They hoped to beat Paul, and assume the mantle of the union left. With this aim, the SP scandalously spread unsubstantiated gossip about Paul, in an attempt to discredit him.

For the SP, it was clearly a game of putting the prestige and sectarian interests of their tiny group before the interests of the union membership and the broader working class. This is why, whatever the merits of individuals, they can never again be trusted. They have burned their bridges with the rest of the left.

A left victory in this election would have been a political earthquake throughout Unison and the trade union movement. It would have decisively broken the grip of the right wing. The fact that this did not happen is the direct fruit of sectarianism, which always ends up playing a pernicious and reactionary role. 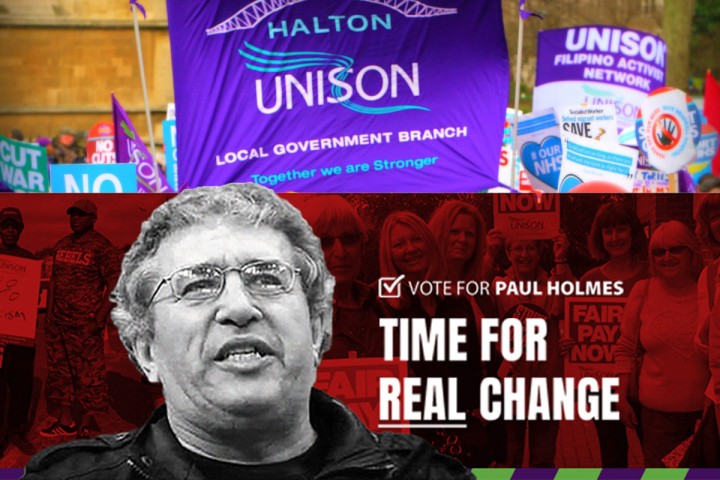 Though Paul did not win, the combined vote for the left indicates enormous potential for this year’s elections to the Unison national executive committee / Image: Paul Holmes 4 Gen Sec

Nevertheless, the combined vote for the left indicates enormous potential for this year’s elections to the Unison national executive committee. In these elections, the left is more likely to be unified. This is revealed by the experiences in the 2017 and 2019 NEC elections, where seats were either unopposed or were a straight fight between right and left.

In the past, the Unison broad left has never even put up a full slate for the NEC. In effect, the right wing was given a free rein.

While the right wing have a majority on this body, it is very narrow. We should recall that when the NEC voted to endorse a general secretary candidate, the vote was originally tied between McAnea and Paul with 22 votes each. Then in the run off, the final outcome was 29 McAnea to 26 for Paul.

This was the first time, without any warning beforehand, that they had employed an exhaustive ballot, rather than using first past the post. This clinched the nomination for the right. But things are on a knife edge.

The trade union bureaucracy represents an enormous brake on the movement, especially at this critical time.

Unison members face renewed attacks in local authorities, with increased privatisation and austerity; not to mention the safety of union members in hospitals, care homes, and other workplaces. 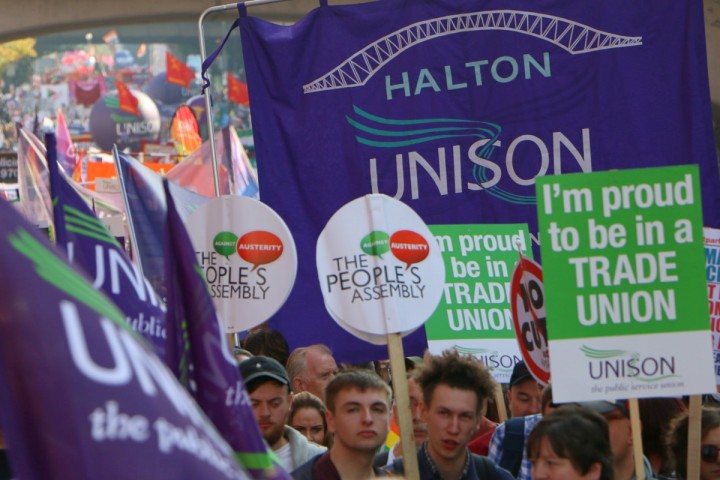 Without any doubt, this year the left is preparing a new chapter in the history of Unison / Image: Socialist Appeal

The challenges are colossal and the right wing have no answers, except business as usual.

We must therefore up the ante. The left must build upon this impetus gained in the general secretary campaign to launch its biggest campaign ever to win a majority on the national executive. Nominations for this open on 1 February.

The left who stood behind Paul Holmes are determined to have a fighting left majority on that body. And Socialist Appeal supporters will proudly play our part in helping to change the union into an organisation worthy of its members.

As Paul Holmes explained in response to today’s results: “The fight continues with renewed vigour!”

Without any doubt, this year the left is preparing a new chapter in the history of Unison – the biggest union in Britain, with 1.3 million members. In doing so, it will help turn the tide throughout the labour and trade union movement.