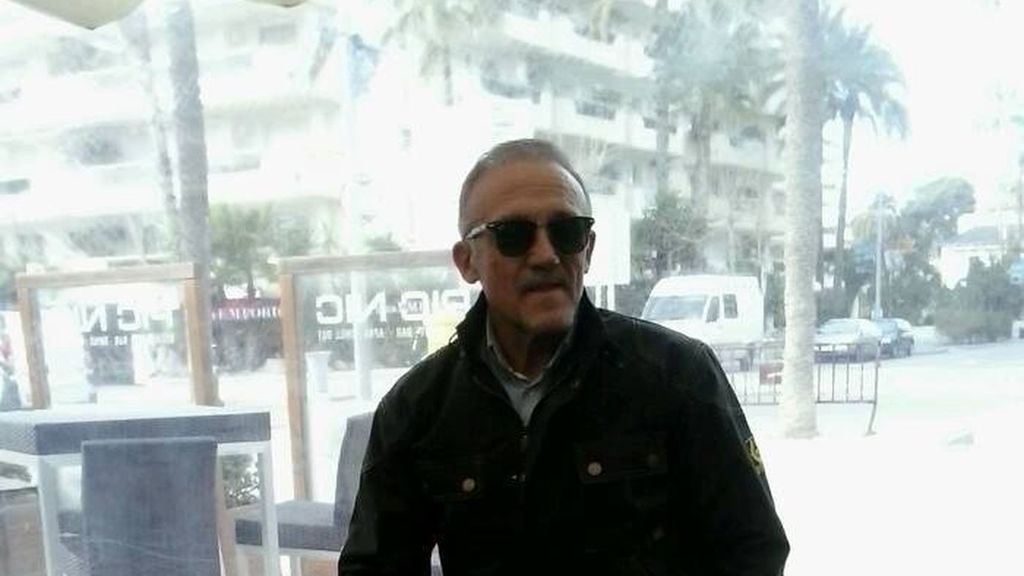 News came today of the arrest of a far-right, 63-year-old man who wanted to assassinate the Spanish Prime Minister, Pedro Sanchez. Despite the fact that the police found 16 guns in his possession, the Spanish National Audience refused to deal with the case as it did not consider it an instance of terrorism. This is the same tribunal that has sentenced rap artists to jail time for “glorifying terrorism” in their lyrics. A case of double standards?

Read the article in Spanish on Lucha de Clases.

The arrest of Manuel Sánchez Murillo, an expert marksman, has raised many questions in Spain. The man was arrested three weeks ago but the details were only made public today in an exclusive article in Público, which, quoting sources close to the investigation, reveals a great deal about the case.

Manuel Sánchez Murillo is a member of a local, Olympic shooting club in Terrassa, where he is one of the best shooters. He works as a private security guard and therefore has a legal gun permit. He raised alarm by asking for logistical support to carry out the assassination of Sanchez in a private WhatsApp group he was a member of. This was a very specific request in which he wanted others to help him establish the prime minister’s schedule, so he could organise the shooting. He wanted to finish off “that shitty red”. According to the report in Público, he didn’t mind being arrested afterwards, “I am ready to sacrifice myself for Spain”, he said.

The motivation? Sánchez Murillo is a supporter of Spain’s former dictator, Franco and was enraged by the decision of the PSOE government to remove the dictator’s remains from the Valley of the Fallen: a fascist monument near Madrid. 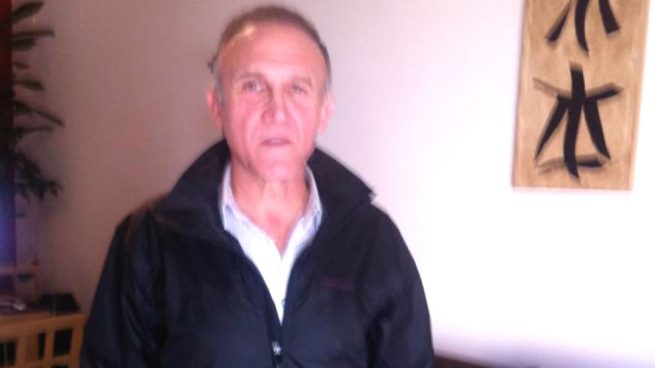 Manuel Sánchez Murillo was planning to kill the Prime Minister, but he is not regarded as a "terrorist" by the courts / Image: fair use

Tipped off by one of the members of the WhatsApp group, the police obtained search and arrest warrants. When they entered his house they were surprised to find an arsenal of 22 weapons, including the CETME assault rifle used by the Spanish army, a Skorpion submachine gun and four high-precision rifles, able to shoot a target at 1000 to 1500 metres, as well as 16 handguns. Many of these weapons were illegal and some of them had been modified.

Sanchez Murillo moved in far-right circles, nostalgic for the Franco era, and his father had been the last local mayor in Rubí from this period.

Perhaps the most scandalous part of this story is that the National Audience, the tribunal that deals with cases of terrorism or crimes against the state, refused to handle the case as it did not consider it as a “terrorist threat”, but rather a case of “homicide of an authority” and “illegal possession of weapons”! Typically for its treatment of the far right, the media has described Murillo as a “lone wolf” rather than a terrorist.

These are just some examples of the use of accusations of “terrorism” and “glorifying terrorism” by the State Prosecutor as a weapon against freedom of expression, to criminalise the Basque youth and generally to cow and threaten left-wing, anti-regime activists. 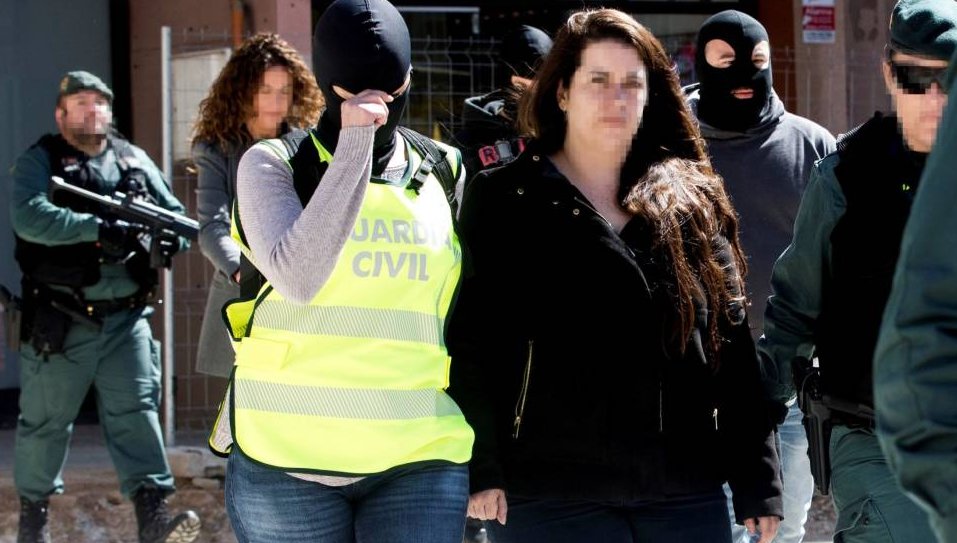 Tamara Vila's arrest in April and terrorism charge for participating in the CDRs reflects the rotten double standards of the Spanish judiciary / Image: fair use

Another example of the double standards of the Spanish justice system and particularly of the National Audience is that of Tamara Vila and Adrià Carrasco: two activists of the Catalan Committees for the Defence of the Republic. On 10 April this year they were both charged with terrorism, rebellion and sedition. Tamara Vila was arrested by armed, balaclava-clad Civil Guard agents at her home in Viladecans; while Adrià, from nearby Esplugues, managed to avoid arrest and is currently in exile in Belgium.

The media was present during the arrest of Tamara and highlighted the terrorism charge in a clear attempt to criminalise the CDRs. Their only crime had been to participate in CDR actions to protest the arrest of Catalan president Puigdemont in Germany. These actions consisted of opening up toll booths for drivers to pass without paying. The case against Tamara was so scandalous and devoid of evidence that she was released the day after her arrest, but the National Audience ordered her confinement to her hometown, which she cannot leave without permission from the court: not even to visit her sick mother in hospital.

Seven months later, the National Audience ruled that there were no grounds for the charges of terrorism, rebellion nor sedition against Murillo and that the case should be pursued by a lower local court, only for the charge of “public disturbance”. This is a welcome development, of course, which shows that the case against the CDR activists was a complete fabrication and merely used to intimidate others. But we should remember that under the Spanish legal code, the crime of “public disturbance”, which is regularly used by the police against demonstrators in cases where there’s not been any violence, can carry prison sentences of up to three years.

Against repression of democratic rights!

What we can see clearly is how the National Audience and the State Prosecutor are ready to use charges of terrorism willy-nilly against left-wing activists, rap artists, Basque youth, Catalan activists, or anyone they deem a danger to the regime, but when it comes to far-right terrorists they are prepared to turn a blind eye and minimise charges. 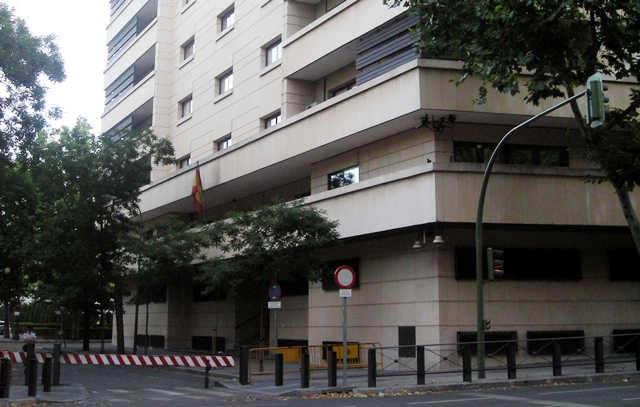 The National Audience is ready to use charges of terrorism against anyone they deem a danger to the regime, but when it comes to far-right terrorists they minimise charges / Image: fair use

The whole of the Spanish legal system is rancid to its foundations and furthermore was inherited from the Franco dictatorship without any significant cleansing.

Unfortunately, neither Podemos nor Izquierda Unida have taken the issue of repression as seriously as it deserves. In Spain, there is a whole series of political prisoners. Fran Molero from the Andalucian Workers Union (SAT) and Alfon, the youth from Vallecas (both victims of police frame-ups), the Catalan political prisoners, the Alsasu youth and many others are being tried or have been sentenced to jail time. This is a basic issue of democratic rights, which should be taken up in a united campaign against repression, with mass demonstrations, mass meetings in workplaces and working-class neighbourhoods; legal defence and so on.