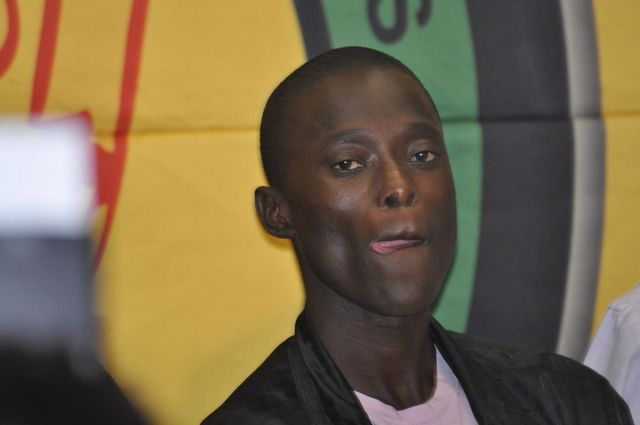 The murder of former African National Congress Youth League (ANCYL) Secretary-General, Sindiso Magaqa, was received with shock, anger and revulsion across the country. Although his shooting is connected to the infighting in the ANC at local level, it reflects the present crisis in the party generally. Now, three months before of the National Conference, the factions in the party are in an open civil war with serious consequences for the class struggle.

Sindiso Magaqa and two of his comrades were shot multiple times in July while they sat in a car outside a tuck shop in Umzimkhulu, in southern Kwazulu-Natal. But although the car was riddled with bullet holes, miraculously, all three occupants survived the assassination attempt. Reports indicate that Magaqa was recovering well in hospital but then suddenly complained about stomach pains and died soon after. The police are now investigating whether a second attempt was made on his life, possibly through poisoning.

The radicalization of the youth

Magaqa’s passing has been met with widespread outrage and anger. This is connected to his role in the upsurge of the class struggle in the previous period and the mass radicalisation of the youth. The period between 2009- 2013 saw a massive upsurge in the class struggle and an exponential rise in strikes, wildcat strikes and mass community protests.

Driven by the masses, the victory of the left wing at the Polokwane Conference in 2007 lead to a sharp swing to the left in large sections of the ANC. After the 2009 national elections there was an unprecedented rise in strikes and protests and generally there was a qualitative change in the class struggle.

A clear example of this was the ANCYL. Sindiso Magaqa was a central figure in the process of the radicalization of the youth. As Secretary-General of the ANCYL he played a key role in swinging the League to the left by promoting the programme of “Economic Freedom in our Lifetime”. This was a programme which was adopted by 5000 delegates at the historic 24th National Congress of the ANCYL in 2011 which called for the land expropriation without compensation and the nationalisation of the country’s mines and monopoly industries. The new leadership of the League openly campaigned for nationalisation and held “economic freedom marches”, which were attended by tens of thousands of youth.

This caused concern amongst the ruling class. The rising mass movement and the spreading of the idea of nationalising certain sectors of the economy was extremely dangerous for the bourgeoisie. A whole period of open conflict opened up in which the ANCYL, under the leadership of Julius Malema and Sindiso Magaqa, openly challenged the leadership of the ANC. The slogan of “Economic Freedom in our Lifetime”, connected with the process of radicalization amongst the youth.Together with Malema and other ANCYL leaders he became the face of the awakening of a new generation of youth. A large part of the masses, especially the more radical layers, have not forgotten this.

The fragmentation of the ANC

Zuma came to power on the back of the left wing of the ANC, but came under pressure from the ruling class to put a halt to the leftward drift of the party. In this, he was aided and abetted by the Communist Party. Had the SACP put itself at the head of the call for nationalisation then the situation in the country could have been very different today. But the SACP leaders had no intention of moving in the direction of Socialism. Instead the party leaders started to attack the leadership of the Youth League. It had changed its constitution to allow its full-time leaders to become part of the Cabinet and act as a left cover for an openly capitalist government. After this, the SACP leaders like Blade Nzimande also broadened their campaign to attack the left wing in the trade union movement. This lead to the split in the unions and a general weakening of the influence of the trade union movement in the ANC. Soon the Polokwane coalition began to break down, thereby allowing Zuma and the ruling class breathing space to implement their openly capitalist programme.

The result was that the leadership of the Youth League became isolated in the party. Malema, Magaqa and others were persecuted. The ANC on the other hand, took a sharp shift to the right after the National Conference of 2012 in Mangaung. The Zuma faction consolidated their hold on power which allowed it to purge the entire leadership of the Youth League. The whole National Executive Committee of the Youth League was disbanded and many of its leaders were either expelled or suspended. People like Malema and Floyd Shivambu later formed the Economic Freedom Fighters, while others like Magaqa were suspended from the party.

Although Magaqa was suspended for a period of one year, he decided to return to the party although not in his previous positions. At the time of his death he was working as a councilor in the rural areas of Kwazulu-Natal. He believed that the party could still be won over to a radical programme and even called on the ANC to readmit Malema back to the party. He based himself on the lingering flame of revolt in some parts of the Youth League even after the national structures were disbanded. In fact, the right wing of the party cancelled the relaunch of the League on two occasions because there were still pockets of resistance in its ranks. It was only after the resistance was finally crushed, that the League was finally set up again directly under the control of the Zuma faction. Malema says that before his death Magaqa had been contemplating joining the EFF and was killed before he could take a decision.

The ANCYL of today is composed of lackeys and stooges of Zuma and the Gupta family and has nothing in common with previous generations. Now the radicalisation of the youth has shifted outside of the League to the EFF and the student movement of the last two years.

Under the upsurge of the class struggle after 2009 there was a general process of fragmentation of the ANC. It is part of a broader process in which the masses have again and again taken to the road of mass struggle in search of solutions to the social and economic crisis. Over the last decade there have been waves of mass struggle which have taken various shapes and forms. These struggles, especially in the period between 2009-2013, saw an explosion of strikes which battered the political landscape and ushered in a period of political realignment. There were big developments to the left of the ANC with the formation of the EFF and other formations like SAFTU, the new trade union federation. For the first time since the 1950s, big sections of the youth and the advanced workers are now outside of the ANC and the tripartite alliance.

The civil war in the ANC

Meanwhile the party itself has been completely destabilised by years of crisis. With the main elements of the left wing pushed out, the party has now been fully taken over by careerists, “tenderpreneurs” and other parasitic elements. The party of liberation is rotting from top to bottom. All its structures, from the leading bodies to the branch level, are being torn apart by different local and national cliques and gangs fighting over the resources which the party has access to.

On a national level the party is caught up in an open civil war between two camps which are aligned to two rival bourgeois factions. Under the impact of the general crisis of Capitalism this struggle is intensifying. The Zuma-Gupta faction which has grown fat on the looting of state resources, is desperately fighting for survival against the faction of the big bourgeois of Cyril Ramaphosa.

Intra-party violence has ballooned across Kwazulu-Natal with political killings now becoming a weekly occurrence. At the Glebelands hostel in Umlazi, south of Durban, more than 90 people were killed in the last two years in ANC infighting. The situation has reached such levels, that there are now hitmen or contract killers, who are used to eliminate rivals from opposing factions in the party, living in the open in the hostel. This is despite the heavy deployment of police in the area. In fact, nobody has ever been convicted of any of these murders, suggesting the involvement of high ranking leaders and state officials.

It is generally accepted that the source of the political murders in the province is the infighting in the ANC, although the secretary of the ANC in Kwazulu-Natal in the province, Super Zuma, suggested that there was a mysterious “third force” behind it. This theory received a heavy blow on the same day he suggested it. In a 19-second video clip which exploded on social media, two “bodyguards” of the secretary of the ANC’s eThekwini region, Bheki Ntuli can be seen cocking firearms, including an AK-47 Kalashnikov (a prohibited weapon in South Africa) and threatening to “kill a dog”. The video pushed the ANC top to deal with this potential “smoking gun” by firing the two bodyguards. The police later confiscated the three weapons and said they would send them for ballistic testing to see if any of them can be linked to the numerous assassinations in the province. Of course, the main interest of all of these parties is to brush the whole affair under the carpet.

Three months before the 54th National Conference hardly anyone can deny that the ANC is at its lowest point in its 105 year history. The party is rotting from its NEC to its branches. Even the parliamentary caucus is in crisis. Recently around 27 MPs actually voted with the opposition in a secret parliamentary ballot to remove Zuma as president. The narrow margin of the defeat of the motion split the caucus in two. In the Western Cape, the presidential succession race has split the Provincial Executive of the Youth League. In Kwazulu-Natal, the ANC’s biggest province, the two factions have also battled it out in court to decide which faction is to form the legitimate leadership in the province. Now that the court has ruled that the 2015 congress which elected the current provincial leadership was unlawful, the ANC in Kwazulu-Natal is in tatters. This is a big blow for the Zuma faction and it could lead to further crises around the December conference. This is a general picture across the country. The stakes are extremely high and the next few months could see even more convulsions in the ANC.

The fate of the ANC will have a direct result on the class struggle. For decades the ANC has had a virtual monopoly of support of the black population. But 23 years of rule on a capitalist basis have changed the party. The Marikana massacre, the never ending corruption scandals and the waves of attacks against the working masses on behalf of the bosses has undermined the former liberation movement. Parts of the most radical layers have split off or are in the process of splitting off, while other layers, seeing no credible alternative, have retreated into passivity. Now the crisis is threatening to break the party up. Under these conditions, the ANC will see all kinds of convulsions raging in its ranks. In turn, this can continue to drive the party in a vicious downward spiral. This is a nightmare scenario facing the ruling class. The collapse of the moral authority of the ANC means that there will be nothing to hold back the working class masses. The fortunes of the ANC, in one way or the other, will have a direct influence on the inevitable rise in the class struggle in the next period.