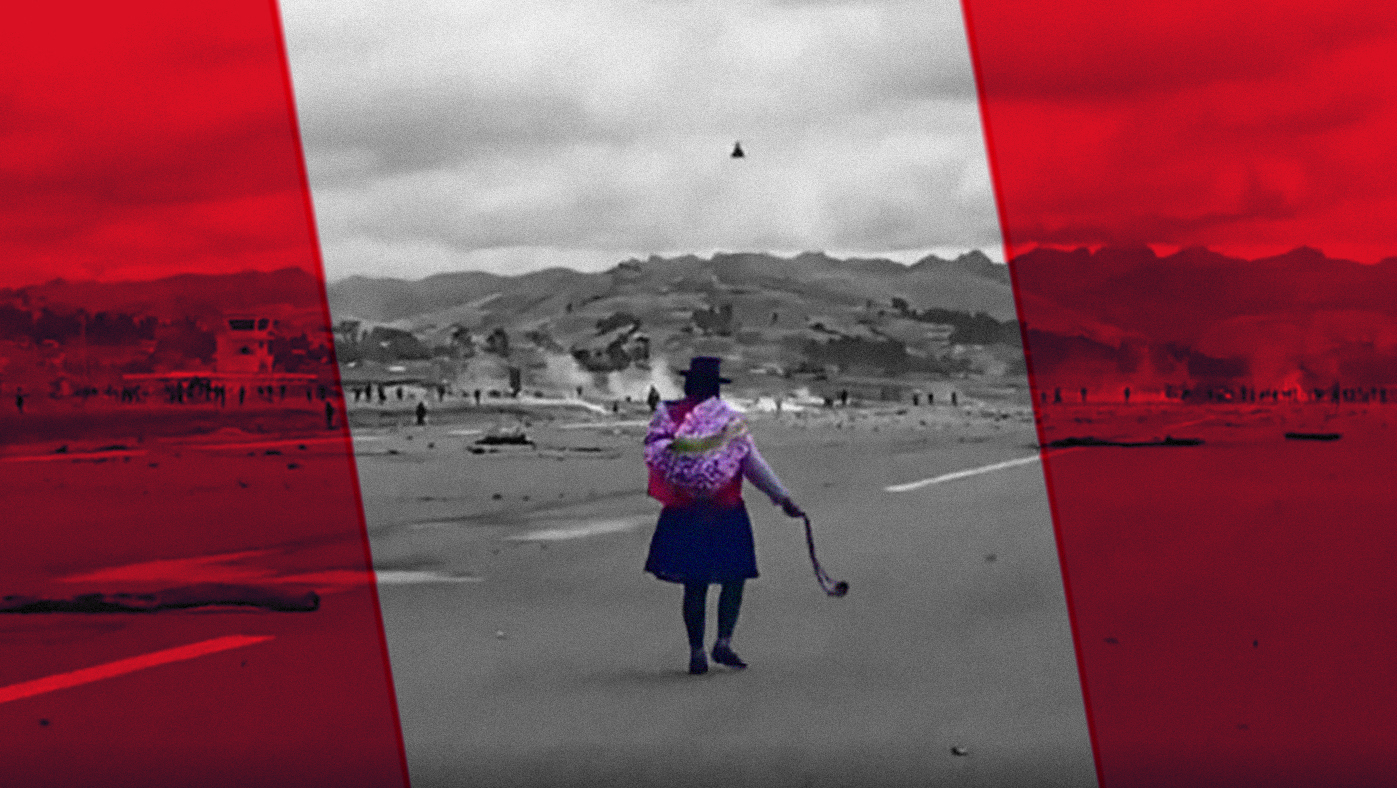 Since the impeachment of Peruvian President, Pedro Castillo, by Congress on 7 December, the workers and peasants have begun mobilising in ever-growing numbers. In some regions, these mobilisations have taken on insurrectionary proportions. The masses clearly see that this is a coup, behind which stands the capitalist oligarchy and US imperialism. Below we publish the text of a leaflet currently being distributed in this mass movement by the comrades of the International Marxist Tendency (IMT) in Peru.

With every passing day and hour, resistance to the coup of the oligarchy and Congress grows throughout Peru. The most impoverished regions from north to south have risen up in an insurgency against the coup plotters, against parliament, demanding new elections.

The oligarchy, the Organisation of American States (OAS), and the right wing in parliament have miscalculated. They thought that Pedro Castillo’s actions had demoralised his base of support to such a degree that they could oust him with ease. What they now have is a national mobilisation, reaching its high point so far in specific regions, such as Andahuaylas in the Apurímac region, where the population has declared a state of insurgency and an all-out strike.

In the capital, Lima, the mobilisations have not yet reached the proportions seen after the removal of Vizcarra in 2020. This is understandable. In Lima, the mass of the petty bourgeoisie and middle-class layers that participated then, are not active now. However, the students and people from the working-class neighbourhoods surrounding the capital have mobilised – although so far without much organisation or forcefulness. This can change. The arrival of contingents from the provinces for the national mobilisation on 15 December can shake the masses of Lima out of their passivity.

So far, nine regions have joined the struggle. In Apurímac, the social organisations have declared a ‘peoples’ insurgency’. In the province of Andahuaylas, not only has an insurgency been declared, but faced with repression, the people have taken some policemen hostage.

Meeting on December 10, the Extraordinary National Assembly of Defence Fronts and Social Organisations of Peru, with 200 delegates at the national level, has approved the following demands and plan of action: freedom for Castillo; the closing down of Congress; a Constituent Assembly; and a National Strike on 15 December.

The assembly of the Federation of Students of Peru has agreed to call a student strike on 15 December, with demonstrations in the capital. FENATEPERU, the teachers union, has also called a strike on the same day. In Junín, a Regional United Command of Struggle is calling for mass mobilisations beginning Monday. The Rural and Agrarian Front of Peru has called for an indefinite strike from 13 December, and has joined calls for a national day of action on 15 December.

The people are responding, and 15 December is set to become a national point of convergence of the masses’ struggle. The fight is just beginning.

Up to the present, the mobilisations have focused on the demand for the closure of the corrupt, coup-mongering Congress; the removal of the new illegitimate president; freedom for Castillo; new elections, and a constituent assembly.

These are correct slogans; they are a direct thrust against the coup and the institutions controlled by the Peruvian oligarchy, the Congress and the fujimorista constitution [introduced during the Fujimori dictatorship]. The point is that these slogans implicitly raise the question of power and the need for other institutions that can carry them out. How can the current bourgeois institutions be trusted to remove the coup plotters? Who can perform these tasks?

The only ones capable of carrying out these slogans are the working people, organised in a united national assembly of elected representatives of all the forces in struggle.

The question that must be put on the table is, ‘who rules the country?’ Will it be the democratically expressed will of the majority of the people? Or the bosses union CONFIEP, the US embassy, and the mining multinationals?

We must warn: even a new constitution would not solve any of the pressing problems of workers and peasants, as long as economic power remains in the hands of a handful of capitalist oligarchs. Ecuador and Bolivia have approved new constitutions in recent times, but the power of the ruling class remains intact.

A revolutionary national assembly of elected representatives must assume the leadership of this struggle. To win, it must weaken its main enemy: the Peruvian capitalist oligarchy and American imperialism. It is they who keep the congressmen in their place; they are the ones that finance the lying mass media; they are the ones paying thugs to assassinate peasant leaders.

Hitting the oligarchy and imperialism means removing their control of their economic assets. They are a small minority, reliant on their money and their economic means (factories, banks, mining operations, land, the media, etc.). If all that is taken away from them, if the workers take over the management of these companies, banks and media institutions, the power of the ruling class will be finished.

A general assembly of those in struggle could and would have to organise a new power. On the basis of the overthrow of the current institutions, the organised working people can undertake the task of drafting a new constitution that reflects the aspirations of the worker and peasant masses.

A call to the revolutionary worker and peasant forces.

The broadest unity in action is necessary to put an end to the hated oligarchy and the usurping and corrupt Congress. This 15 December must be the beginning of an offensive by the workers, peasants and youth. Following the national strike accompanied by road blockades, we must establish a revolutionary assembly to give the movement direction in its next steps.

We must continue to spread the struggle to all corners of the country. In those places where popular organisation is strong, we must take control of the media to keep the community informed, disarm the police to prevent repression, and launch an appeal to rank-and-file soldiers of the army to join the struggle.

15 December must be followed by new days of struggle, with the closure of banks and large companies, and the seizure of roads and shopping centres. The fight must be stepped up. If we are organised and determined, we can face off repression.

Not one step back until we have put an end to the corrupt Congress, the coup-mongers and the reactionary capitalist oligarchy.