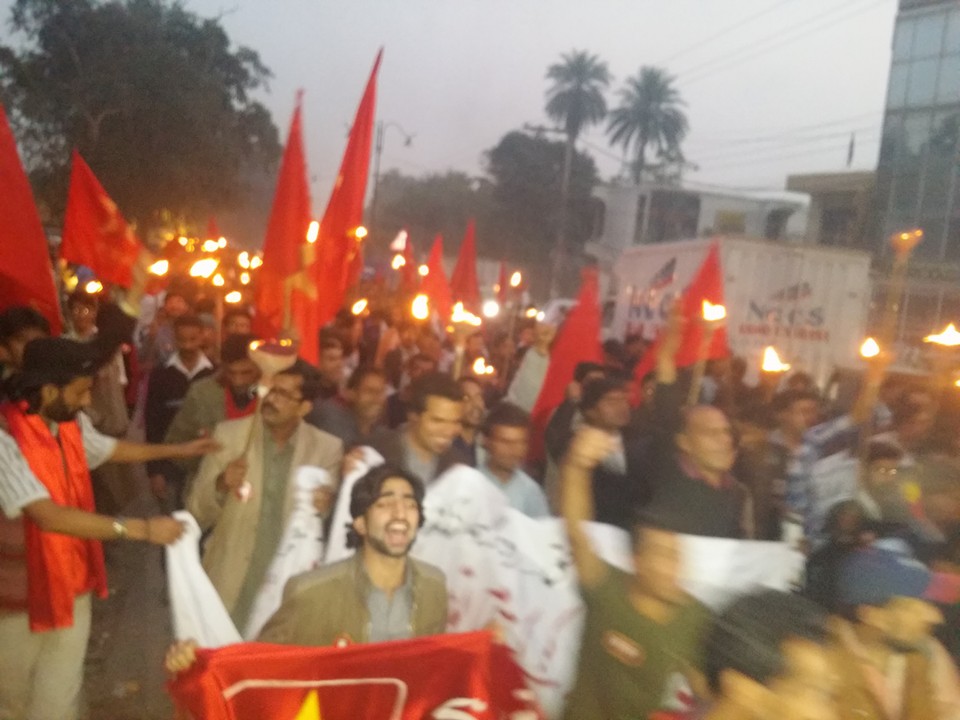 On Saturday, December 5th, Progressive Youth Alliance (PYA) in Lahore organized Youth Convention 2015. The convention, dedicated to the struggle of Che Guevara, formally launched PYA on national scale. Most progressive student organizations joined hands to form the biggest alliance of its kind in recent decades in Pakistan. The mains aims of formation of this alliance are to fight for free education, guaranteed employment or unemployment benefits for the youth, and the revival of student unions in the educational institutions. 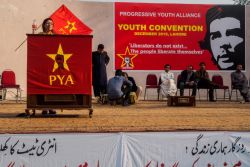 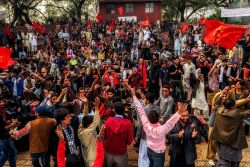 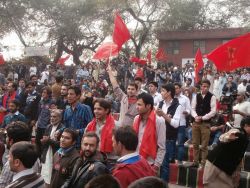 Youth from all the major institutions of Lahore, including Government College University, Punjab University, Forman Christian College, University of Lahore, and University of Management & Technology were also present. Students belonging to the Peoples Students Federation, Pashtoon Students Federation, and various other student and youth organisations participated. The event was full of enthusiastic speeches, music, slogans, and fervor. Open Air Theater was beautifully decorated with dozens of hoardings, flags, and banners. 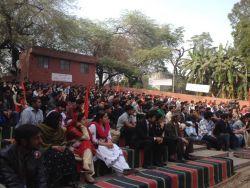 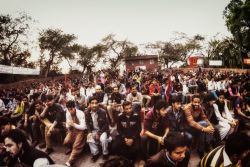 Yasmeen Zahra Anwar from Young Doctors Association, and an active member of PYA Lahore, chaired and conducted the convention. The convention opened at 11 AM with an opening speech by National Organizer of PYA Imran Kamyana. He welcomed all the participants, explained the aims and motives of PYA, and shed light on the past and present of students’ politics and movements in the country. Basic demands of at least a ten-fold increase in the education budget, employment for all, nationalization of all education institutions, and lifting of the ban on students unions were well appreciated by the audience. 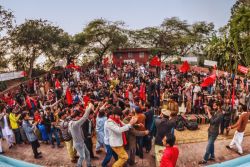 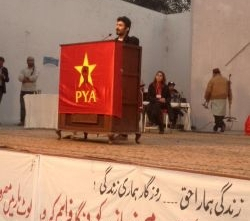 The speakers condemned the privatization and commodification of education, neoliberalism, imperialism and state oppression, gender discrimination, and Islamic fundamentalism. The immediate need for an alliance of all progressive currents within the youth, and the building of revolutionary political force was stressed. A talented disabled young musician, Niaz Hunzai, expert in eighteen musical instruments, played traditional folk tunes in between the speeches, with participants dancing to the rhythm. Other performers included Nasir Khan and Dr. Umar Fazli, who sang revolutionary poems of Faiz Ahmed Faiz and Sahir Ludhianvi. 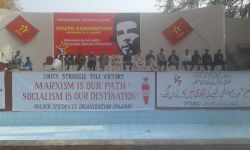 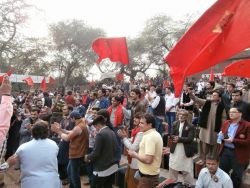 The convention formally ended with a standing ovation to the instrumental version of The Internationale. A torch-bearing rally marched from the venue to Charing Cross, the main square located in front of Punjab Assembly House in the center of Lahore, highlighting the basic demands of PYA through banners, placards, and slogans. 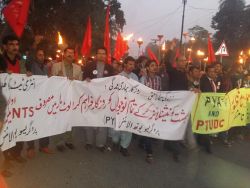 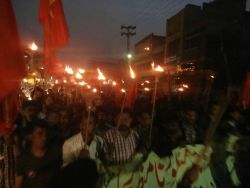 This successful and enthusiastic congregation of the youth organized by the supporters of the IMT in Pakistan will lift morale and go a long way towards building the forces of revolutionary Marxism in South Asia. 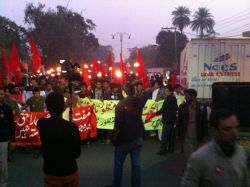 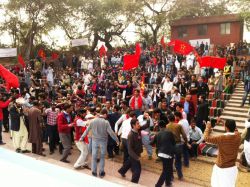