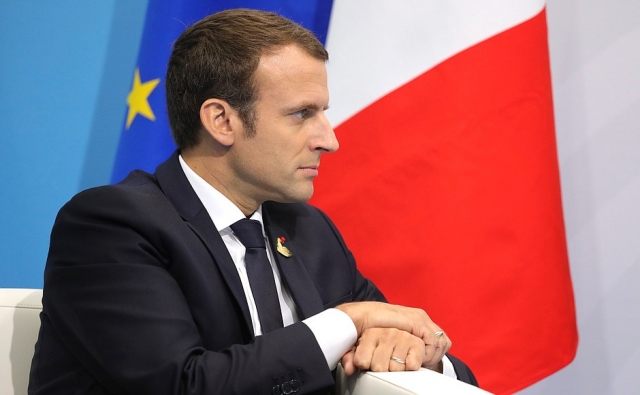 Liberal wonder-boy Emmanuel Macron, the new President of France, last week gave a hair-raising press conference. Speaking at the G20 summit in Hamburg, Macron framed an argument against giving foreign aid to African countries by painting a picture of a feckless “African civilisation” populated by women who – presumably through their own stupidity or lack of self-control – “have seven or eight children”.

In the same week, a Tory MP casually used the phrase “N***** in a woodpile” while giving a talk on Brexit – an extraordinarily racist comment that did not attract so much as a flicker of surprise or disgust from fellow Tory MPs at the meeting.

In today’s world, where sensitivity to racism has never been so acute, how is it that leading politicians still manage to unthinkingly spout such racist remarks?

Some of the media have blamed Macron’s comments on the legacy of French colonialism, which has imprinted itself onto the consciousness of establishment politicians. There is certainty much truth to this.

The quest for ever-increasing profits drove the early capitalists to every corner of the globe, to enslave, subjugate and work to death anyone who happened to be sitting on valuable natural resources. Racism, in turn, was fostered to provide an ideological cover for colonialism. It encouraged the workers of one country to see those of another country as sub-human, and therefore fair game for brutal exploitation. This racism is what divided the workers of France against the workers of Algeria for example. Thanks to capitalism, racism has been embedded in society for centuries.

But this is just half of the explanation. Macron’s racism is not just a bad habit that he’s picked up by hanging around with a bad crowd and that he now needs to grow out of by thinking differently. Macron racist thinking reflects the interests he defends: a capitalist system that still relies on racism on a day-to-day basis in order to divide and exploit the workers of the world.

Just as, in the past, colonialist racism divided the workers of one country against another, today racism is used to divide workers of different races against one-another within a country like France. Black and North African people are crowded into poverty-stricken neighbourhoods in the suburbs of cities like Paris and Marseille where they are left behind by the rest of society. Unemployment is higher amongst young people of black and North African origin than any other group in French society, whether immigrant or not. And this antagonism is cemented by the institutionalised police racism which, most recently, led to the rape of a young black man who had not committed any crime whatsoever, by police using a police baton.

The Independent asks “Are we finally realising that Macron isn’t that liberal after all?” in the wake of his racist remarks at the G20 press conference. In fact, there’s no contradiction between liberalism and racism. Liberals like Macron cheerfully cut state spending in the full knowledge that the cuts will hit black people and other minorities far harder than any other group. Ultimately, as Malcolm X said, you can’t have capitalism without racism. If Macron defends the capitalist system then he defends the racism of that system. That, ultimately, is the reason behind his racist comments.

What else do you expect from the Tories? 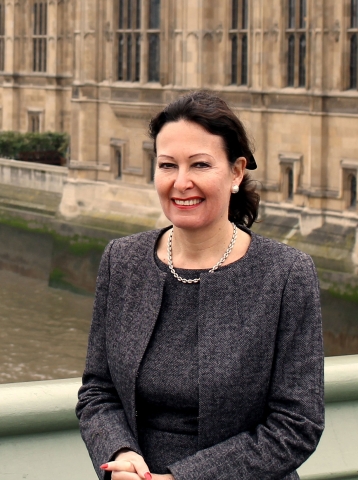 Anne Marie Morris MP: photo credit Conservative partyCasual racism from the Tory Party, meanwhile, should come as no surprise to anyone, since this is a party which, unlike Macron, rarely even attempts to cover its love for divisive and poisonous ideology with liberal phraseology.

The MP who made the racist comment, Anne Marie Morris, claimed that she didn’t even mean to cause offence. The only conclusion to be draw from this response is that Morris must either be extremely naïve or offensively disingenuous. Theresa May has tried to distance herself from the remark, and the Tory Party has suspended, but not withdrawn, the whip from the MP (leaving the Tories in the precarious position of being just six racist comments away from losing their majority…).

The fact is that the Tories, among others, have spent decades consciously whipping up racism, xenophobia, bigotry, and nationalism to suit their own political and class interests. Their whole domestic and foreign policy agenda is racist from start to finish. Most recently, the Tory right wing and rank-and-file – supported by a rabidly racist press – did this to secure a vote for Britain to leave the EU, with the resulting increase in racist attacks in the aftermath of that referendum.

It is inevitable, therefore, that a party which spends all its time consciously pursuing racist policies like the Prevent scheme, and using rhetoric about “our British values” being under attack from immigrants, finds amongst its leading representatives people who use racist slurs without a second thought.

These are not just throw-away comments that shouldn’t be read into too much. They give us a glimpse of the systemic, institutional racism coursing through the veins of modern capitalist society.

Irrelevant of whether it’s a cold-hearted Tory or a liberal leader, any defender of capitalism will find themselves apologising for, playing down, ignoring, or endorsing the racist ideas that are an integral part of that system.

For socialists there’s only one way forward:
Fight racism and discrimination in all its forms!
Fight for the unity of workers of all races!
Fight for the overthrow of the capitalist system!