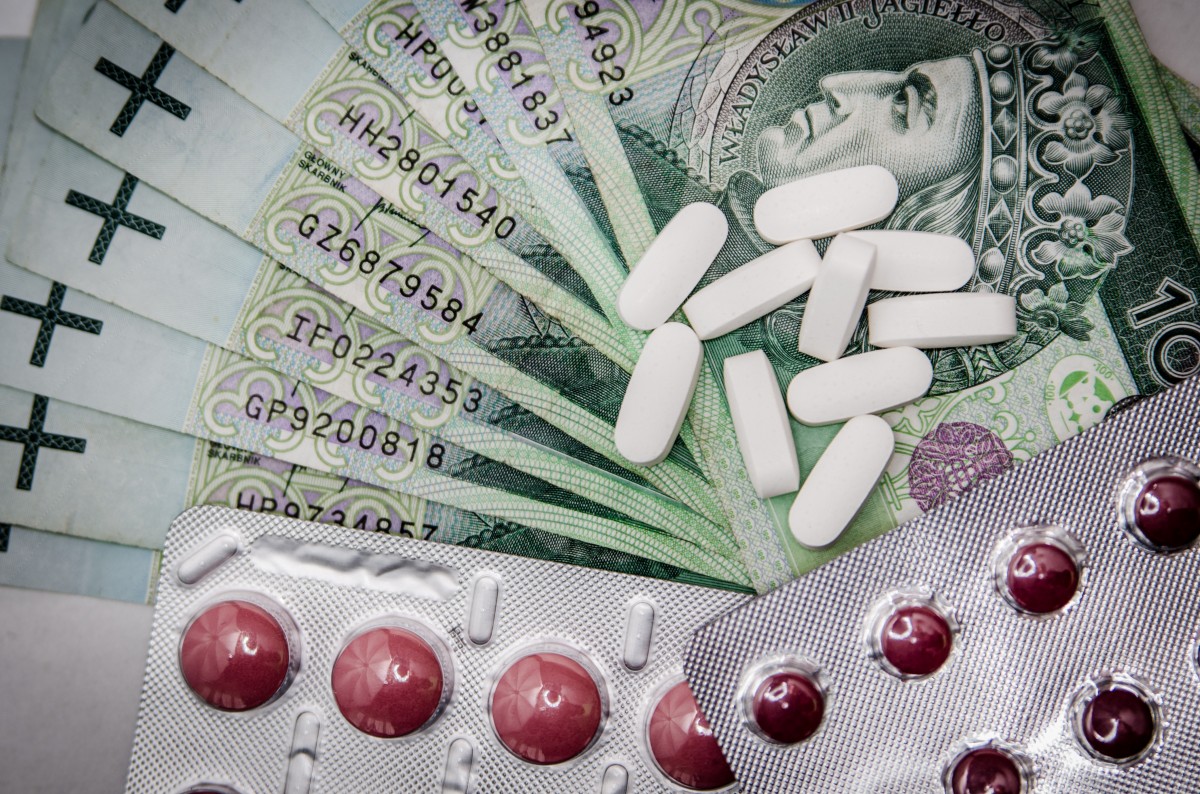 The pharmaceutical industry is a very profitable business, particularly if you lack a moral compass. Jazz Pharmaceuticals 15-folded its value in seven years on the back of one drug, for which it charged through the roof.

There is a type of drug that is known in EU and US law as an “orphan drug”. This is a drug developed specifically for a rare condition or disease. If a drug is approved for orphan status, the pharmaceutical company that submitted the application is granted a period of exclusivity on the drug. In the EU, that period is 10 years and in the US it’s seven years. This is regardless of whether this drug has any patent rights associated with it.

Orphan Medical was a company that specialised in such orphan drugs. In particular, it was attempting to find approval for sodium oxybate, also known as GHB, or Xyrem. The chemical had been around since the 1870s and has been used in various ways to treat humans since the 1960s. During the 1990s, it was produced and sold illegally for some time as a party drug and a date rape drug. It didn’t have any properly approved medical use, but it was taken up by Orphan in the late 1990s, who were trying to develop it for the treatment of narcolepsy.

Narcolepsy is a rare neurological disorder that affects around four in 10,000. The cause of the condition remains unknown but it is linked to the destruction of some tens of thousands of neurons in the hypothalamus (located in the front part of the brain). It has a host of effects for those affected by it. In particular, it leads to what they refer to as excessive daytime sleepiness (an uncontrollable urge to fall asleep) and cataplexy (sudden loss of muscle control). For those suffering from it, it can be debilitating. There are no really effective treatments available, and patients are generally treated with various types of stimulants.

Sodium oxybate has a different effect to stimulants, instead attempting to help those with narcolepsy sleep. One of the symptoms of narcolepsy is an inability to get consistent, deep sleep, instead mainly having to contend with REM sleep, which leaves you feeling tired even after eight hours. Sodium oxybate gives patients that deep sleep they are lacking and thereby helps with both excessive daytime sleepiness and cataplexy. Patients therefore often prefer this drug to others.

In 2002, Orphan Medical managed to get approval by the Food and Drug Administration (FDA) in the US for treatment of narcolepsy using sodium oxybate. However, it seems Orphan Medical wasn’t cutthroat enough to promote the drug. In 2005, the company was purchased by Jazz Pharmaceuticals, which in turn had only been founded in 2003, and established by 2004.

What followed was a period of intense promoting of the drug. Jazz didn’t bother too much about the niceties when selling the newly approved drug. Like snake-oil merchants of the past, the company claimed it could treat all manner of physical and mental ailments. In 2007, Jazz (through its subsidiary Orphan) agreed to pay $20 million in penalties and compensation for illegal marketing practices. As late as in April this year, the company agreed to pay another $57m after being found to have provided kickbacks to purchase its drugs.

Still, the drug was now becoming popular among patients with narcolepsy, as well as doctors, and sales figures started to rise. In 2011, 9,000 patients in the US were treated with Xyrem. By 2017, the number reached 13,500, out of approximately 80,000 patients who had been diagnosed with the condition. However, profits rose much faster than the number of patients. 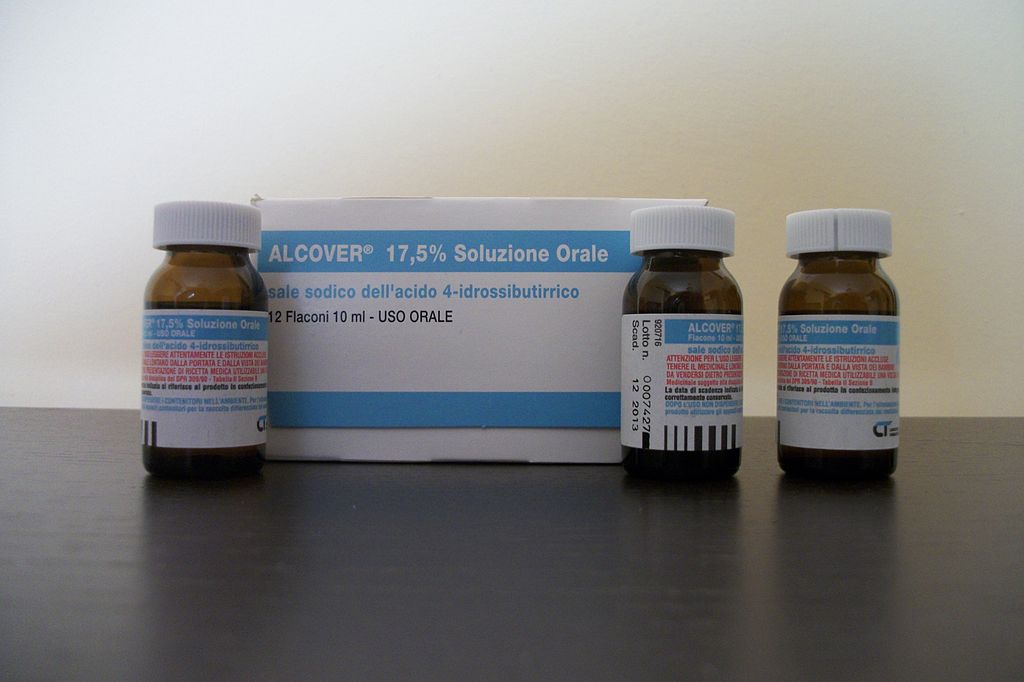 The price of the drug Xyrem (used to treat narcolepsy) was jacked up by Jazz Pharmaceuticals from $2.04 to $19.40 per dose / Image: La Cara Salma

In 2012, Jazz, which by now was registered in Ireland for tax purposes, was making a healthy 50 percent profit. The company had doubled its sales from $115m 2009 to $267m in 2011, and from making a small loss, it was now making a massive profit. The marketing and admin almost doubled in size and gobbled up $108m, leaving $14m for research and development, $14m for production cost, and $7m on amortisation, and $125m for profits. Not bad, but things were looking up for the company.

Last year, the company was selling $1,890m worth of drugs (becoming the 60th largest pharmaceutical company in the world), $1,400m of that was from Xyrem alone. The cost of producing the drugs was $121m only, leaving an astonishing 94 percent gross margin.

Part of the massive increase in revenue was down to an increase in the price of Xyrem. In 2007, sodium oxybate was expensive, at $2.04 per dose, but that was nothing to what it was to become. As the popularity increased, so did the price. By 2014, the cost of a dose was $19.40. This ten-folding of the price led to a huge boost in Jazz profits, at the expense of the patients.

Depending on how big a dose the patient is prescribed, the cost per month ranges from $450 to $900. This is clearly far beyond what most people can afford. Instead the cost is paid by either insurance companies or the public health system. The huge cost of providing this medicine means that both insurance companies and health services restrict or block access to Xyrem. Despite it now being considered the most effective treatment for narcolepsy, most narcolepsy patients do not have access to it, although it is gradually being spread in Europe and the US.

A small glimmer of hope on the horizon for those denied the treatment was that the orphan status of Xyrem expired a couple of years ago, which supposedly means that any company can ask for approval for a generic version of the drug. In this case, it ought to be relatively straightforward as the compound is well known. Jazz, however, is determined to see off competition in this lucrative market and immediately sued the maker of the first generic for copyright infringement, and the two parties settled that the generic can be launched in 2023, giving Jazz another four years of unrivalled sales and super-profits.

The pharmaceutical industry likes to justify this situation by saying that they spend their profits on research and development, but Jazz spends only 12 percent of its revenue ($227m) on research. $684m is spent on marketing and admin and a nice profit of $447m or $839m, depending on which accounting standard is used. Some admin costs are inevitable, but a large part of this money is spent on attempting to market drugs to doctors. The reality is that only around $342m is spent on production costs or research out of a total of $1,900m in revenue. This is an astonishing state of affairs and shows the inefficiencies of the private sector. If the sector was to be taken into public ownership, it would be of great benefit to patients, and save the health service billions of dollars.