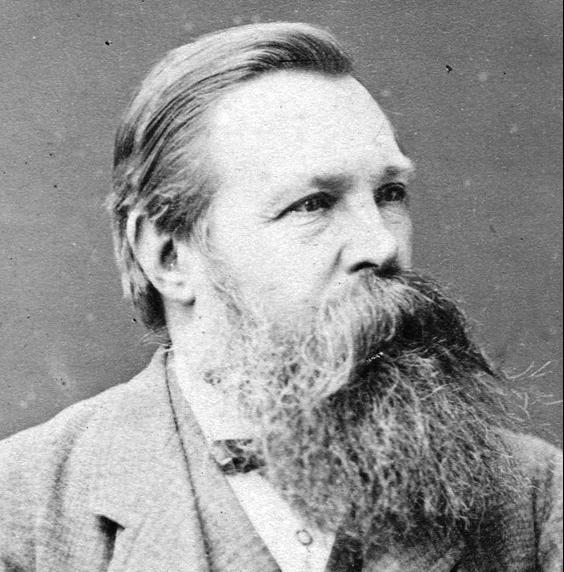 This letter from Frederick Engels to Florence Kelly Wischnewetsky shows his perspective for the development of a labour party in the United States and the way that the Marxists should orient to such a party.  He warns revolutionaries in the U.S. of the dangers of transforming Marxist ideas into a lifeless dogma by taking a sectarian attitude towards such a massive movement of the working class "not of their creation."  Even in this brief letter, there are numerous lessons for Marxists today.

My preface will of course turn entirely on the immense stride made by the American working man in the last ten months, and naturally also touch H.G. and his land scheme. But it cannot pretend to deal exhaustively with it. Nor do I think the time has come for that. It is far more important that the movement should spread, proceed harmoniously, take root and embrace as much as possible the whole American proletariat, than that it should start and proceed from the beginning on theoretically perfectly correct lines. There is no better road to theoretical clearness of comprehension than "durch Schaden klug tererden" [to learn by one's own mistakes]. And for a whole large class, there is no other road, especially for a nation so eminently practical as the Americans. The great thing is to get the working class to move as a class; that once obtained, they will soon find the right direction, and all who resist, H.G. or Powderly, will be left out in the cold with small sects of their own. Therefore I think also the K[nights] of L[abour] a most important factor in the movement which ought not to be pooh-poohed from without but to be revolutionised from within, and I consider that many of the Germans there have made a grievous mistake when they tried, in face of a mighty and glorious movement not of their creation, to make of their imported and not always understood theory a kind of alleinseligmachendes dogma and to keep aloof from any movement which did not accept that dogma. Our theory is not a dogma but the exposition of a process of evolution, and that process involves successive phases. To expect that the Americans will start with the full consciousness of the theory worked out in older industrial countries is to expect the impossible. What the Germans ought to do is to act up to their own theory --if they understand it, as we did in 1845 and 1848--to go in for any real general working-class movement, accept its faktische [actual] starting points as such and work it gradually up to the theoretical level by pointing out how every mistake made, every reverse suffered, was a necessary consequence of mistaken theoretical views in the original programme; they ought, in the words of The Communist Manifesto, to represent the movement of the future in the movement of the present. But above all give the movement time to consolidate, do not make the inevitable confusion of the first start worse confounded by forcing down people's throats things which at present they cannot properly understand, but which they soon will learn. A million or two of workingmen's votes next November for a bona fide workingmen's party is worth infinitely more at present than a hundred thousand votes for a doctrinally perfect platform. The very first attempt--soon to be made if the movement progresses--to consolidate the moving masses on a national basis will bring them all face to face, Georgites, K. of L., Trade Unionists, and all; and if our German friends by that time have learnt enough of the language of the country to go in for a discussion, then will be the time for them to criticise the views of the others and thus, by showing up the inconsistencies of the various standpoints, to bring them gradually to understand their own actual position, the position made for them by the correlation of capital and wage labour. But anything that might delay or prevent that national consolidation of the workingmen's party--no matter what platform--I should consider a great mistake, and therefore I do not think the time has arrived to speak out fully and exhaustively either with regard to H.G. or the K. of L.