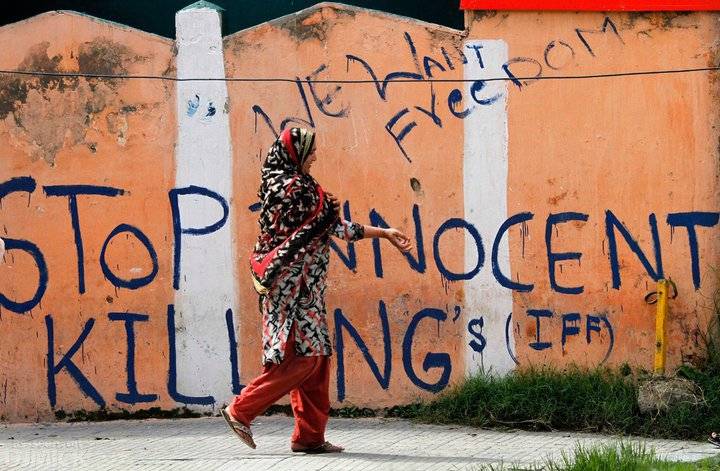 The following statement by the International Marxist Tendency addresses the continuing, brutal oppression of Kashmir. Down with imperialism! For workers’ struggle to liberate Kashmir! For a Socialist Federation of South Asia!

The region today known as Kashmir has a long history of foreign domination, from the Mughal emperor’s conquest, to the period of Afghan rule and later Sikh domination, followed by British rule, all of whom oppressed the people of Kashmir.

The region’s population shortly before the partition of India was mostly Muslim (77 percent), but with a significant Hindu population (20 percent) and small pockets of Buddhists and Sikhs. The mass of mainly poor peasants had long been ruled over by a small, Hindu landholding elite.

When India was partitioned after the Second World War in 1947, and Pakistan and India went to war over how the territories were to be run, Kashmir became a disputed territory. It was divided into three, with Pakistan holding roughly one-third, India one-half, and the remaining part later being administered by China. The Kashmir Valley, within Kashmir as a whole, is 95 percent Muslim, but remains under Indian control to this day, whereas Jammu is majority Hindu, and Ladakh is roughly half Buddhist and half Muslim.

This division has been a source of conflict between Pakistan and India ever since, leading to three wars, resulting in a heavy military presence of the two countries in the region. Both the ruling elite in Pakistan and in India regularly use the Kashmir question in a nationalist, chauvinist manner whenever they need to distract attention away from their own internal affairs.

In 2014, Narendra Modi of the Hindu nationalist BJP became prime minister of India. With his previous track record in Gujarat of fomenting ethnic conflict, which often led to terrible killings, targeting mainly Muslims, his rise to power did not bode well for the people of Kashmir.

Just two years later in 2016, Indian-occupied Kashmir rose in revolt with a massive protest movement across the whole of the Kashmir Valley. The Indian army responded by clamping down brutally, imposing a draconian curfew, and killing dozens of people and injuring many more. Then last year, in August 2019, Modi revoked articles 370 and 35A from the Indian constitution. These acts had given Kashmir a certain degree of autonomy in legal matters, but now they were bifurcated in two and brought under direct rule from Delhi. 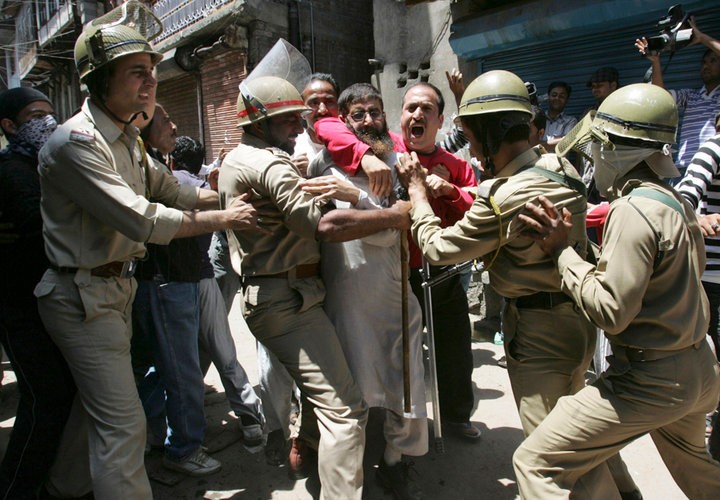 To back up the new status of the region, Modi sent in tens of thousands of extra Indian troops, imposed a strict curfew, with all telephone lines and internet access cut off. All local political leaders were arrested and, according to several reports, torture was used by the army and mass repression of the local population was carried out.

The curfew imposed on the valley since August has meant a complete collapse of the economy and livelihood of the Kashmiri masses, who rely on tourism, fruit and vegetable production and similar economic activity. The double lockdown after the coronavirus outbreak has aggravated the situation which means millions have lost their livelihoods and have been condemned to poverty and hunger.

Let us be clear about what is happening here. India is in crisis, with the coronavirus pandemic radically changing the situation, revealing to hundreds of millions the true nature of the Modi government, which is putting profit before lives. This is causing huge discontent and comes on top of what was already an explosive situation. Two powerful general strikes in the previous period were a testimony to this. A mass movement against the new citizenship law also challenged the draconian measures of the Modi regime in which state repression is becoming a norm. The gagging of dissenting voices, and the arrest of political activists and intellectuals on framed-up charges for raising their voices against these brutal measures are becoming the order of the day.

Unable to directly quell the growing anger of the Indian masses, Modi has once again played the ethnic card, whipping up anti-Muslim feelings across the country. He is using the Kashmir question as a central part of his national-chauvinist campaign. Even during the COVID-19 pandemic this repression in Kashmir has not stopped, but rather it is rising, with new brutal methods. Everyday, new reports emerge of arrests, torture and killings of unarmed, ordinary people. Modi is also trying to change the demography of Kashmir following the pattern of Israeli settlements in Palestine, which is meeting with huge mass resistance.

On the other side, Pakistan state forces are also stepping up and extending their repression in an attempt to cut across the growing unrest inside Pakistan, also trying to use the Kashmir question. They portray themselves as the supporters of the Kashmiri masses, but they do this to defend their own imperialist interests in the region. The Indian ruling class does the same when it pretends to be the champion of human rights in Balochistan.

Both states are routinely involved in firing and heavy shelling on the Line of Control against each other, leading to casualties for the local Kashmiri population living near this de facto border on both sides, and which also results in major disruption to their livelihoods. In recent weeks, this has gained a new momentum, leading to more casualties and disturbance for the poor people already suffering from poverty, hunger and the pandemic.

The truth is that the struggle of the Kashmiri youth and masses has terrified the ruling classes of both India and Pakistan. Their struggles have been an anticipation of a much wider struggle across the whole of South Asia, with its population of one and a half billion of mostly downtrodden workers and peasants. 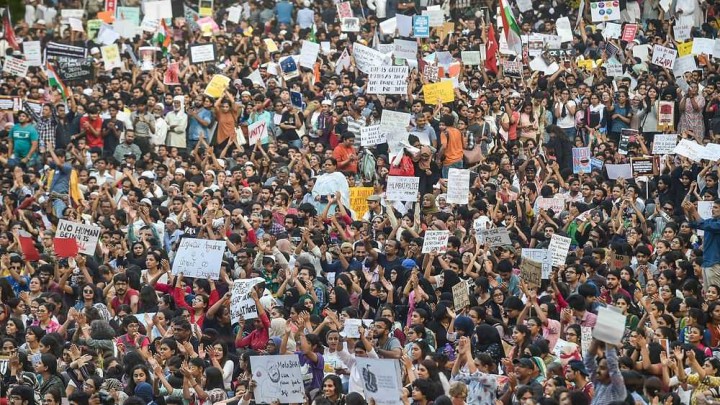 Only the organised struggle of the working class can liberate Kashmir and win freedom for the whole region / Image: Brighter Kashmir

However, what we would add to this is that, so long as both Pakistan and India remain in the hands of the capitalists and landlords, these will use their positions of power to continue to oppress all the peoples of the whole of South Asia, including Kashmir. They will use their powers to keep down the Kashmiri masses at the cost of terrible bloodshed. The mistaken methods of individual terrorism, which have failed many times before, will also provide them with the excuses they need to justify stepping up their repression over the masses. Therefore, the struggle of the Kashmiri people must be united with that of the workers and peasants in both Pakistan and India against their own oppressors.

Only the unity and organisation of the working class across borders can overcome the repression of the Kashmiris, as well as the poison of communalism and the reactionary attempts to divide workers along nationalist and religious lines. What is required is the building of a revolutionary alternative leadership based on a thoroughly worked-out programme and the correct ideas of Marxism, capable of leading the masses and workers towards the final victory of proletarian revolution. The freedom of Kashmir can be achieved through socialist revolution based on class struggle supported by the proletariat and youth of the whole world.

By removing the landlords and capitalists in the whole region, the root cause of the oppression of the Kashmiri people would also be removed. The workers of India and Pakistan have no material interest in continuing the repression of the Kashmiri people. Thus, the final liberation of the workers of India and Pakistan also means an end to centuries of national oppression, and the liberation of Kashmir.

Workers of the world support the Kashmiri masses against imperialist aggression and brutality!

All imperialist troops out of Kashmir!

For the right of the people of Kashmir to govern themselves!

For workers’ unity across borders!

For a Socialist Federation of South Asia!