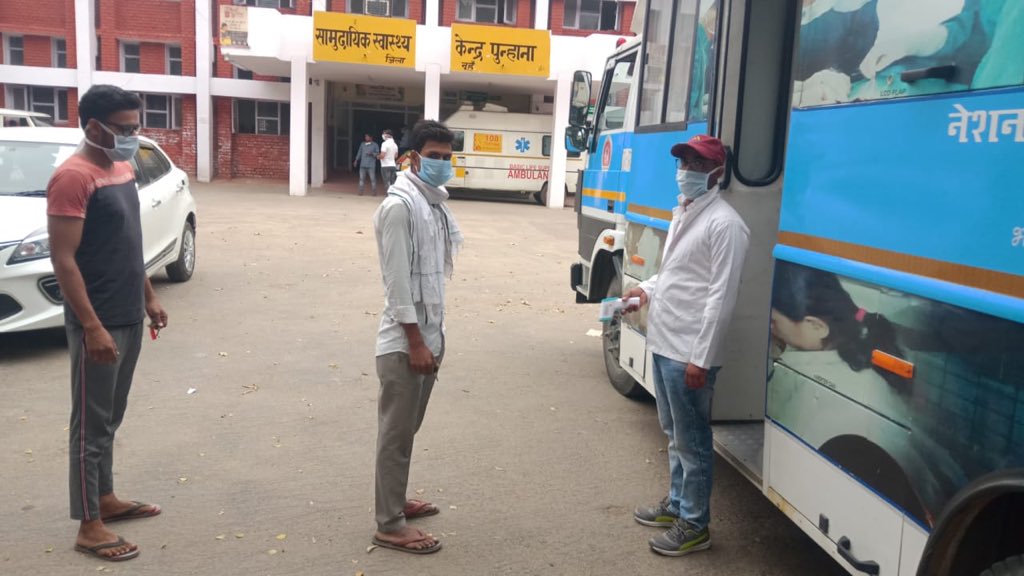 The COVID-19 outbreak that started in Wuhan, China has now affected all the nations of the world. The developed countries, like the USA, Spain, UK and Italy have been hit severely by the spread of the virus. China has been able to control the virus to an extent after three months of lockdown in Wuhan. In India, the first COVID-19 case was detected in January in the Southern state of Kerala.

The local government, led by the Communist party of India (Marxist), took measures to control the pandemic to some extent. But the central government led by Narendra Modi should have taken necessary measures like screening, testing and quarantining to contain the pandemic from the month of January. But the Modi-led government was busy with the Namaste Trump event on 24 February, and never took the necessary measures, as advised by WHO. On the other side, when the event was held, the BJP leaders were instigating mob violence against Muslims in Delhi, who were fighting against the Citizenship Amendment Act, which will deprive millions of their citizenship based on their religion.

Slogans like “shoot the people struggling against CAA” were made by BJP Central Minister Anurag Thakur to target Muslims. Due to the violence instigated by Hindutva leaders, led by the BJP, nearly 60 people were killed in Delhi. Most of the victims’ bodies were found in drains a few days later. The Home Ministry, led by Amit Shah, and the Delhi police aided the Hindutva groups in this violence. Mr. Modi remained silent to all these acts of violence instigated by his party.

The unplanned COVID-19 lockdown was ordered only after seeing the death rates in Europe and America. Until 13-18 March, the Modi government and its leader in parliament, Mukhtar Abbas Naqvi, maintained that there was no health emergency in the country. The Modi government called for a Janata Curfew (National Lockdown) on 22 March. An indefinite lockdown was announced on 25 March by the Modi government only after a floor test in the Madhya Pradesh elections on 23 February, where the BJP came to power through horse trading with Congress MLAs. There were no measures announced to ensure the welfare of the 400 million workers who will be affected due to this lockdown.

There are millions of migrant workers in Indian cities and an additional two million homeless in India. No economic package was announced in Modi’s speech. Subsequently, an economic package of Rs. 1,760,000,000,000‬ (US$24,476,320,000) was announced. This amount will not be able to deal with the problems arising from 21 days of economic lockdown. It is nothing compared to the economic packages issued by the USA, Canada and the UK. The population in India is much higher and lockdown will affect a vast area. The package also includes already-existing schemes, as one article commented:

“Actually even the figure itself is misleading. This includes the amount of Rs.310,000,000,000 that the state governments have been asked to spend on construction workers. This is not a new benefit for construction workers but money that was already provisioned for their benefit.”

Due to the lockdown, there have been no buses and trains. Since it was ordered without any warning, large numbers of migrant workers in cities like Bombay, Delhi, Chennai, Coimbatore and Tirupur were stranded and couldn’t go back to their home states. Large numbers of migrant workers from Delhi who live in neighbouring states had to go back by foot. Some died due to cardiac arrest and others stayed where they were, living with no food and shelter. Some migrant workers are staying near the banks of the Yamuna river and eating just once a day. As per reports, 200 have so far died due to the lockdown. Apart from this, thousands of workers, migrants and homeless people have to live in hunger and poverty, and also face police brutality. The workers who walked to their homes were blocked at checkpoints by police and were asked to stay in temporary shelters in schools as part of the quarantine. The central and state governments failed to arrange separate buses and trains for the travel of migrant workers to their homes. The lockdown was made without any prior announcement, and did not consider the conditions of workers.

In the cities of Surat, Bombay Delhi, Coimbatore and many others, there were protests by workers, in which they torched police vehicles and demanded the government arrange transport to their homes. In most of these cases, arrest warrants have been filed under the Epidemic Safety Act, which is a colonial law. Most of the protesters were arrested and later released.

Tests were not conducted in a swift and transparent manner. Due to this, some patients are dying even before their results come through. Up to now, there are some 13,852 cases and 452 deaths. It has been reported by an online magazine that: 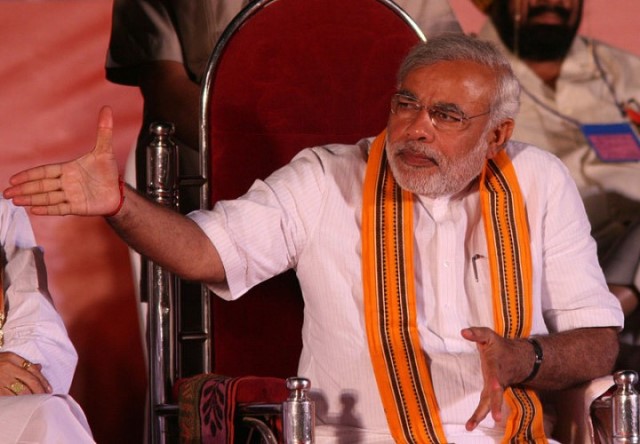 Modi has been trying to divert attention away from the government's failings through blaming Muslims for the virus / Image: Al Yazira

Instead of taking responsibility for their delayed response to the pandemic, by not screening foreigners from January when they first detected the virus, the government tried to divert the criticism coming from every corner by shifting the responsibility for the spread of virus to the Muslim convention Tabliji Jamaat at the Nizamudeen Mosque in Delhi. The capitalist media has caught onto this and propagated the idea that Muslims are the reason for the spread of the virus in the country. It has been circulated widely on Facebook, WhatsApp and corporate media (which are Modi government bootlickers) that the Muslims are spreading the virus.

In fact, between 13 and 18 March the government claimed that there was no health emergency and the requested convention was given the go ahead. The religious convention was suspended before the curfew by the organisers. Some people who attended the event went to their hometowns, while others were stranded by the lockdown. The Modi government should have prohibited religious gatherings, conventions and sporting events in the month of February when the WHO gave its warning to all countries. Despite the propaganda of the Modi government, many Hindu religious festivals took place in Tirupati during days before lockdown. And even after the lockdown, they were held in the BJP-ruled state of Uttar Pradesh. But the media and government singled out the Tabiliji Jamaat convention as the reason for the virus.

The economy of the country is already in shambles due to the neoliberal policies of the government. The unemployment rate of 7.4 percent is the highest in five decades. The economy has been stagnant for the past six quarters. According to Oxfam, inequality is so great in India today that 57 billionaires control 70 percent of the country’s wealth. Purchasing power is down and the lockdown will only further aggravate the economic crisis.

The Modi government earmarked Rs. 430,000,000,000 for defence in 2019-20 and corporations have received tens of billions further in exemptions in every budget, but successive governments have spent only 1.4 percent of GDP for health. The Modi government is trying to bring anti-labour policies through the backdoor in this period of crisis. 11 powerful groups of senior bureaucrats have recommended increasing working hours from 8 to 12 hours in industry. Workers (both migrant and native) and the unions have started protests and struggles in many parts of India demanding their wages and asking for transport to take them home since the lockdown began, and now the lockdown has been further extended 21 days until 3 May.

Nearly 400,000,000 people are affected by this COVID-19 pandemic, as a result of poverty and hunger arising from the unplanned enforcement of the lockdown, which has led to an economic disaster in the country. It has led to retrenchment, arbitrary dismissals, wage cuts, withheld wages, unemployment and misery for vast millions of people. The coronavirus and lockdown have added fuel to the fire in India, where the economy is already in recession, and in the coming period, the economic crisis due to this unplanned lockdown will accelerate the class struggle in the subcontinent.

We demand central and state governments: