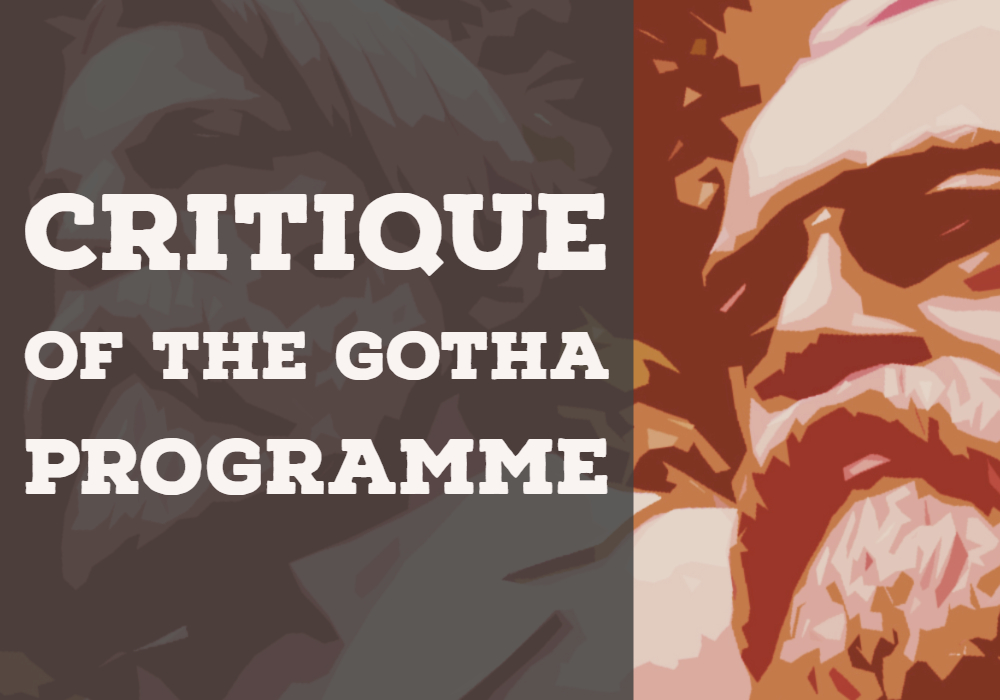 Critique of the Gotha Programme is a critique of the draft programme of the United Workers' Party of Germany. In this document Marx address the dictatorship of the proletariat, the period of transition from capitalism to communism, the two phases of communist society, the production and distribution of the social goods, proletarian internationalism, and the party of the working class.

The great significance of Marx's explanation is, that here too, he consistently applies materialist dialectics, the theory of development, and regards communism as something which develops out of capitalism. Instead of scholastically invented, 'concocted' definitions and fruitless disputes over words (What is socialism? What is communism?), Marx gives analysis of what might be called the stages of the economic maturity of communism.

Engels wrote a foreword when the document was first published in 1891. Together with the Critique of the Gotha Programme Engels published Marx's letter to Bracke, directly bound up with the work.