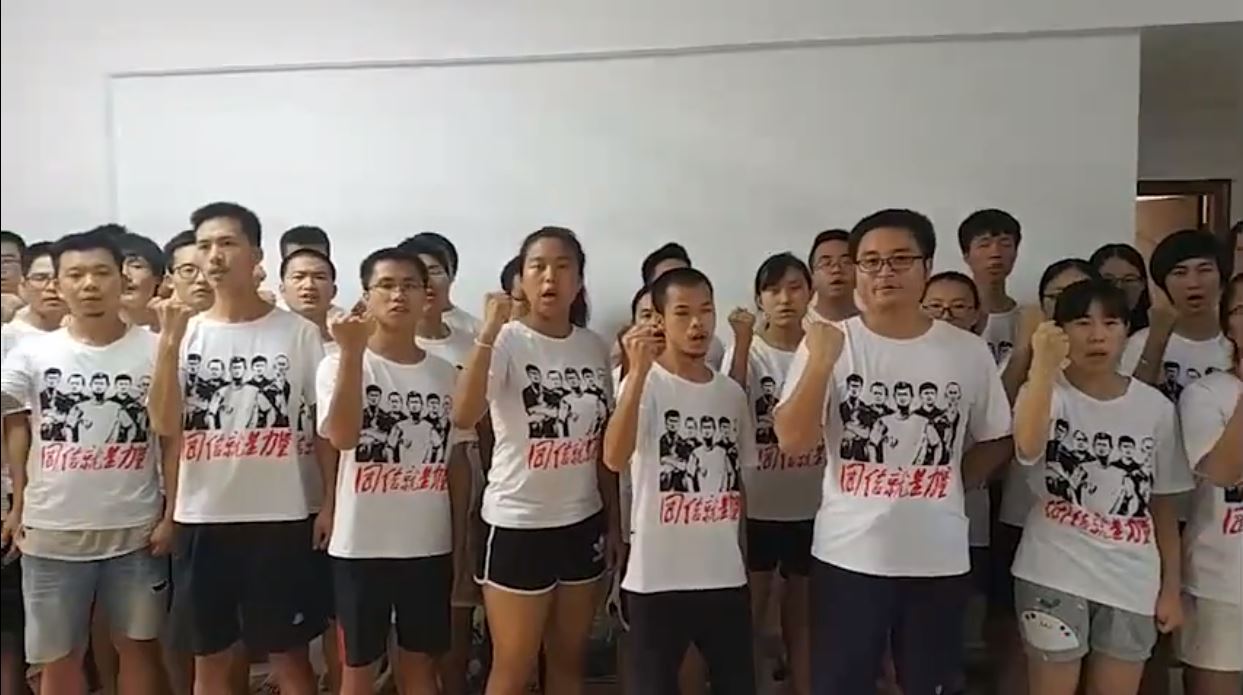 On 20 September, an open letter from a representative of the Peking University (PKU) Marxist Society (MS) in Beijing, China began circulating on Chinese social media. The letter detailed the significant difficulty that the society faced this month in finding a faculty advisor required to re-register as a recognised student club on the campus.

The post was deleted shortly after, and, according to a second open letter from the MS, the club officers had received a reprimand on 21 September from the PKU Campus Young Communist League (YCL) for failing to register the student society. For this, they received a “disciplinary citation.”

The political significance of this development is underscored by the fact that the PKU Marxist Society is usually directly sponsored by the YCL, the official youth wing of the Chinese Communist Party, and therefore the Chinese state. The open letter itself stated, not only that their original faculty advisor (who was also the former secretary of the PKU Campus YCL), suddenly declined to be their advisor personally, but the entire campus has refused to sponsor the MS. The students then sought for a faculty advisor up and down the PKU School of Marxism, to no avail. When they did find a professor, who agreed to be their advisor, the professor went back on his words the next day. According to the MS’s second open letter, the YCL even actively prevented MS students from asking professors outside of the School of Marxism to become their advisors. 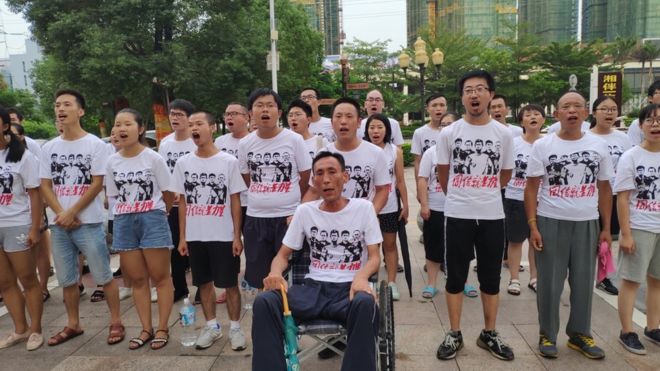 We stand in absolute solidarity with the Marxist Society against state repression / Image: JASIC WORKER SOLIDARITY

While the YCL has yet to explain their sudden about-face to the MS publically, it is widely believed that this was the government’s reaction to the MS’s increasing role in participating in pro-worker solidarity actions, most recently the JASIC Workers’ Solidarity in Shenzhen, for which many PKU MS students were arrested and remain in detention. The MS itself is stated to be a club that upholds “Marxist-Leninism, Mao Zedong Thought and other theories of scientific socialism” as their guiding ideology. They have been active in raising awareness for injustices against workers and the oppressed inside and outside of the PKU campus. One of its most known members, Yue Xin, was a leading figure in a #MeToo-inspired movement calling for the university to investigate a professor who sexually assaulted a female student. In recent times the organisational capacity and level of publicity of MS interventions have increased markedly, culminating in a well-coordinated on-site picket to support the JASIC workers’ effort to unionise. The MS students coordinated across many campuses, and intervened with pre-made, slogan-embroidered t-shirts and banners; and participated in street demonstrations. They also filmed and distributed their radical speeches on a street corner during their solidarity campaign.

One cannot fail to conclude that the YCL, and by extension the CCP’s decision to block the MS was out of apprehension about the radicalisation of the latter. As we have analysed in more detail elsewhere , the contradictions in Chinese capitalism coming to a head can only mean that the rise of class struggle is placed firmly on the agenda. With this near-term perspective, orthodox Maoist forces, which already constitute the vast majority of the left-wing activists inside China, can represent a threat to the CCP dictatorship if they manage to connect with the working-class masses. Therefore, for the CCP, even a handful of organised, radical university students could potentially grow into a significant problem, hence their hurried intimidation of the MS students.

This is also not the first time that genuine Maoist students in PKU have faced repression lately. In December 2017, graduate student Zhang Yunfan, also a student member of the MS at the time, was detained for holding reading groups that studied “sensitive political material.”

We firmly maintain our criticism of the Stalinist rule in China under Mao, and do not think that Maoism can yield the analyses, strategy, and tactics that can lead to a successful socialist revolution. However, we recognise the courage of these activists, who are willingly sacrificing themselves to tackle the capitalist system head-on in the fight for a better society, and for that we stand in absolute solidarity with them against state repression.

We demand the Peking University #ReinstatetheMarxistStudentSociety!

Join the IMT in signing this petition in solidarity with the detained JASIC workers and students, many of whom are members of the PKU Marxist Society.