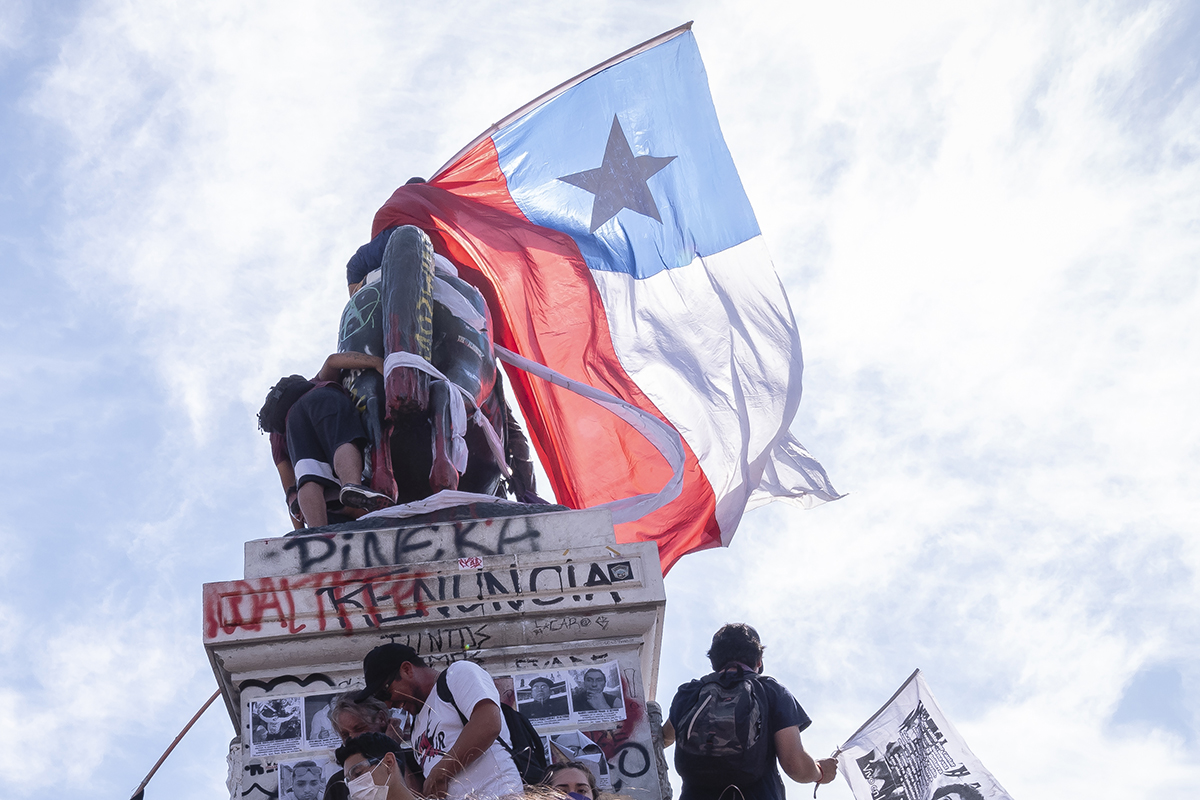 The results of a plebiscite on a proposed new Chilean constitution, resulting from the Constituent Convention, show a large majority (62 percent) voted to reject. This result is even worse than the polls predicted. It is necessary to explain why this has happened.

The first observation to be made is that the distribution of the vote was similar to the second round of the presidential election in 2021: a very polarised vote between left-wing Gabriel Boric and far-right José Kast. In Santiago and in Valparaíso, the working-class and popular comunas (the smallest administrative districts) voted in greater numbers for approval (although they only exceeded rejection in very few cases), and the upper-class, bourgeois comunas voted overwhelmingly for rejection. However, unlike in 2021, the vote of the workers' communes was not sufficiently in favour of approval to counterbalance the vote of the rich.

To give just one example, in Lo Espejo, (a working-class and poor comuna in Santiago) Boric got 34,000 votes compared to 12,000 for Kast in the second round of the presidential election (73 percent against 26 percent). In the constitutional plebiscite, the vote to approve got 36,000 votes, but the vote for rejection had practically the same number (50 percent against 49 percent). Therein lies one of the keys.

The plebiscite had a record participation by virtue of the application, for the first time, of the combination of automatic registration plus compulsory voting, which mobilised a pocket of usually apathetic and sceptical voters. This layer is always more susceptible to fear-mongering propaganda from the right and the big media outlets, and is apparently inclined to maintain the current state of affairs. This vote increase also disproportionately affected the working-class and poor communes, where abstention is traditionally higher.

But this was neither automatic nor inevitable. Some of the same leaders who are responsible for this disaster now blame the ‘ignorant’ people. It must be clearly stated that the proposed new constitution failed to connect with the real anxieties of the people and the workers, with few concrete solutions to the demands that led to the popular revolt of 2019, such as the end of the AFPs (privatised pensions), the renationalisation of natural resources, the thorough purging of the police and the army, etc. 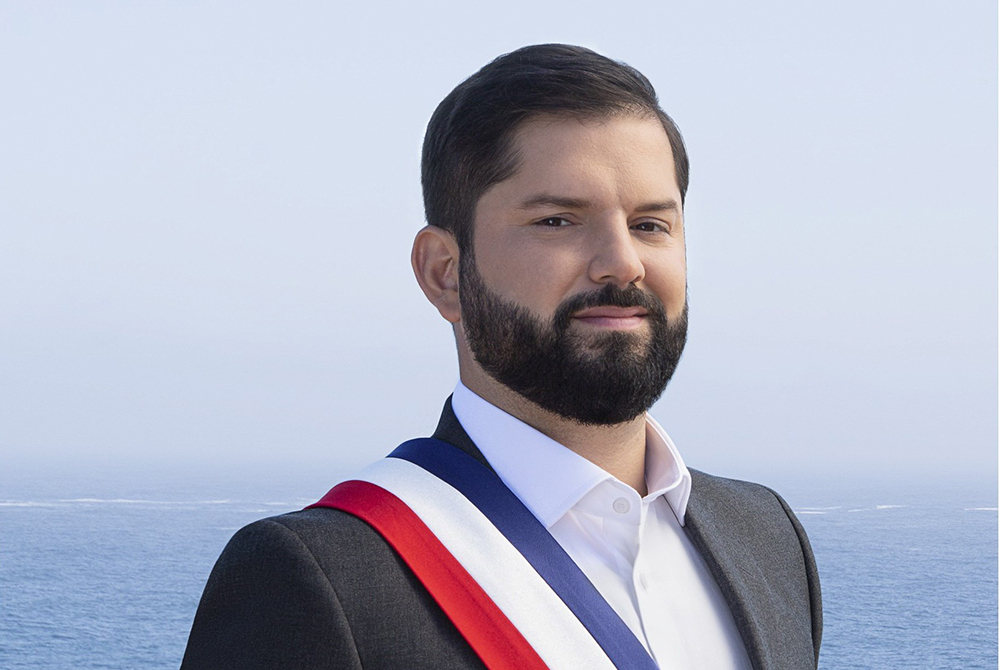 The turnout in favour of approving the new constitution overlapped with the vote for Boric as President – i.e. it was concentrated in working-class and popular neighbourhoods. However, it is clear that a large layer of voters who would generally have abstained were unconvinced by the new constitution / Image: Gobierno de Chile

The sectors of the population that are most disillusioned with politics tend to lean towards decisive programmes that boldly address their daily problems. Neither the government, characterised by its apathy, nor the Constituent Convention, which was entangled in postmodernist ideas, have managed to enthuse the masses.

The proposed Constitution, staying within the narrow margins of bourgeois property, is incapable of responding to basic questions such as education, health, pensions, jobs, etc. The high-sounding phrases about a "social state of law", or about the "plurinational" character of Chile (while the Mapuche leaders are imprisoned, and the militarisation of Araucanía is maintained) could not convince a sufficiently broad sector of the workers and the oppressed. A clearer and more-radical proposal, of open rupture with capitalism and a resolution to the pressing problems of the masses on the basis of expropriation of the rich and powerful, would have been the only way to break through the propaganda of fear, and to convince the previously abstentionist layers.

Another element that must be considered is the fact that the rejection won in practically all regions of the country, but had a wide advantage in rural areas and in the south of Chile. This shows that the main parties for approval, the PC (Communist Party) and the FA (Broad Front), and even many of the social movements represented in the Constituent Assembly, lack a firm base in peasant and semi-rural sectors.

They have instead based their campaigns on petty-bourgeois and “progressive” nuclei, and disdained the construction of mass parties with solid ideological bases. Building a robust working-class consciousness is not achieved overnight, through naive social media memes or simplistic flyers.

As expected, the pro-approval parties have not drawn any conclusions, or rather, they have drawn the opposite ones to those that are needed. The government and its supporters have given early signs of a turn to the right, speaking of "better tuning in with the majority": which means nothing more than moderating their already diluted programme even more, and opening space to elements of the centre and the right of the extinct Concertación, which have waited for an opportunity like this to rise from their coffins. 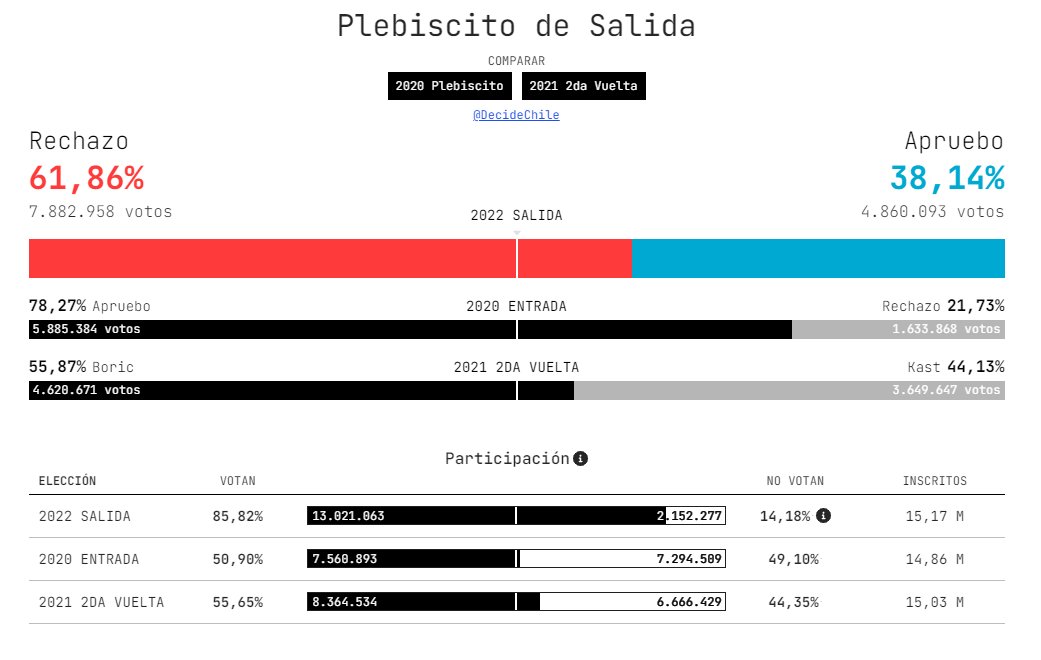 The results of the plebiscite / Image: DecideChile

Much of the ruling coalition was uncomfortable with a more radical programme, and saw the proposed constitution as a threat to their security, so they welcomed this result. But those who yearn for a return to the apparent stability of the Concertación governments are mistaken. The “Agreement for Peace”, a compromise designed to end the October Revolt, sought to restore order to the institutions, and what was achieved was the opposite: institutional uncertainty and popular tension.

No massive demonstrations or overflowing celebrations were heard in the streets. The rejection vote was not based on any ideological fervour. Rather, it was fueled by fear, and the inability of the proposed constitution to respond to the real difficulties of a sector of the electorate that already had a total lack of trust in the institutions. The victors have not achieved any real victory, since everything now goes back to the Pinochet Constitution, which has already been rejected by 80 percent of the population.

The paths that open now are multiple and precarious. The government will meet with the parties that campaigned for approval and rejection, to seek a new agreement to get out of this conundrum, all while trying to maintain the decisions behind the thick walls of the National Congress: the most discredited institution in the nation.

Progressive circles show signs of demoralisation. It is not surprising: their mechanistic view of reality does not allow them to peer beyond the surface of things. We Marxists, on the other hand, cannot afford to become demoralised and join the chorus of lamentation on social media. We understand that subterranean currents do not reverse their flow as a result of circumstantial voting.

The demonstrations in support of approval in the last weeks of the campaign saw hundreds of thousands of determined and radicalised youth and workers pouring into the streets, a scenario that was not part of the calculations of the ruling class a few years ago. Those massive layers will not be satisfied with anything less than the basic demands of October 2019, with the promise of an end to neoliberalism, that is, of the only possible face of capitalism in this phase of organic crisis of the system and world recession.

In a state of economic and social crisis that has dragged on for years, they will look for other solutions to their most distressing problems, they will solidify their territorial organisations and, sooner or later, they will return to the streets. The idea that the aspirations for radical change arising from the masses of the working class and the oppressed, which were expressed in the historic revolt of 2019, can be resolved with a constitutional change has been put to the test of practice and has failed, as we warned it would at the time.

The most committed Chilean workers are beginning to awaken from the democratic illusions fostered by the ruling class, and in the heat of this frustrated experience, they will return to their fighting spirit, but this time with a qualitatively higher level of consciousness.

These layers constitute a fertile soil in which the sediments of the October Revolt have been deposited, waiting to be tilled with the plough of Marxism, and sown with revolutionary ideas. The fruit will ripen silently but irrevocably, and we must be prepared to harvest it. The IMT-Chile said it clearly before the plebiscite and repeats it now: ¡la lucha continúa!