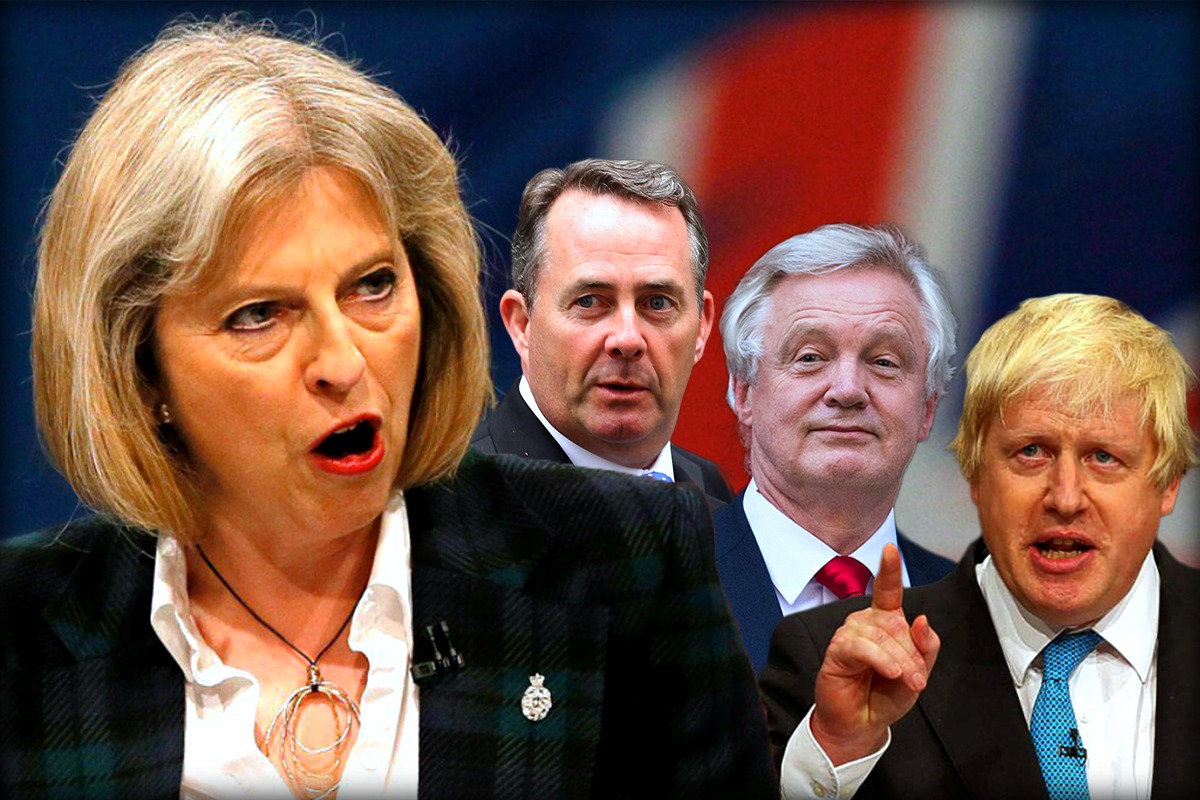 Within the next three months, the Brexit negotiations with the European Union will officially start. The plan is to leave within two years, nothing more, nothing less.“Brexit means Brexit” according to Theresa May. We are told that there will be either “soft” Brexit, where Britain has access to the Single Market or “hard” Brexit, where we don’t. However there is a more probable third option: “train-crash” Brexit, where there is a failure to reach a deal and Britain crashes out of the European Union – with chaotic and drastic consequences.

The recent resignation of Sir Ivan Rogers, Britain’s ambassador to the EU, has highlighted the chaos in Westminster and Whitehall over Brexit, exposing the internal tensions and cracks that go all the way to the top.

Rogers - generally seen as a pragmatist - quit after warning last month that it would take a decade to negotiate such a deal with Britain. Not two, but ten years!

According to John Pienaar, the BBC deputy political editor, “Sir Ivan's leaked farewell memo can fairly be read as a protest and a warning. Concern is growing among some high-ranking officials that ministers don't understand or won't admit the scale of the task they're facing.”

May and her three Brexiteers - David Davis, Boris Johnson, and Liam Fox - are now scrabbling to calm nerves and regain a semblance of control with the appointment of senior diplomat, Sir Tim Barrow, as Rogers’ replacement. But Barrow will face all the same contradictions in the Brexit negotiations as his predecessor.

Both soft and hard Brexit assume that there will be a well-managed, amicable divorce. But for many sound reasons, especially political, this looks very unlikely.

Firstly, the negotiations will be torturous, given the difficulty in picking apart 40 years of legal, economic and trading relationships. Secondly, the idea that all this can be wrapped up in two years and a new deal ratified is frankly wishful thinking. A deal will need the unanimous agreement of all 27 member states. We should recall how difficult it was for an EU trade deal with Canada to pass, even after many years of planning. Even then, this deal was almost scuppered by a regional government of Belgium and was only averted in the nick of time.

There is political deep-seated resentment on both sides of the Channel. The Europeans want to make it decidedly painful for the UK to leave, so as to set an example to others. On the other hand, Britain’s demands over immigration – a key question - are considered impossible by Europe, given EU rules. These frictions will not simmer down, but become more entrenched. Mutual acrimony will quickly increase. Talks could easily break down irretrievably.

“The flashpoint is likely to be the EU’s estimate of Britain’s financial liabilities following Brexit,” explains the astute Gideon Rachman in the Financial Times, “covering everything from money already pledged to the union’s budget to the pensions of retired bureaucrats. The estimates in Brussels are that the UK will be facing a bill of 50bn-60bn euros.”

As soon as such figures are officially announced, it will provoke outrage in Britain. The EU will stick to its ground for the last penny. There will be those here who will seek a more flexible arrangement to pay any such sums over a long period. But the hardliners inside the Tory Party – the aging hang ‘em, flog ‘em brigade - will be blowing their tops and the right-wing press will be foaming at the mouth, all of which will make Mrs May’s previous balancing act untenable. If she does not reflect decisively and openly, she risks an open split in the Tory Party and the collapse of the government. She is stuck between a rock and a hard place.

Under such conditions, the negotiations could collapse, with Britain walking out. The matter could then go to the International Court of Justice at The Hague, but a decision there could take years. Everything would be deadlocked. The idea of extending the negotiations beyond the two years would become very improbable. As anger rises on both sides, they would be on a “train-crash” course.

Under the circumstances, the campaign by Tony Blair, former UK prime minister, to undo Brexit is probably the most ridiculous idea of all. He would have less chance than King Canute’s famous efforts to stop the tides.

The train-crash Brexit would see Britain facing tariffs of 10% and more. Nearly 50% of Britain’s exports presently go to the European market. With new custom barriers, pan-European supply chains would be badly affected, hitting manufacturing especially hard. The service sector would also be affected, with financial services losing “passport rights”, essential if they are to do business across the EU. This would push the British economy into a deep slump, with trade falling and unemployment rising.

Leaving this scenario aside, the forecast by the Office for Budget Responsibility said that Brexit would have severe economic consequences. This was underlined by Wilbur Ross, the billionaire businessman chosen by the US president-elect Donald Trump as his new trade chief, who said earlier this year that Brexit represented a “God-given opportunity” for other countries to take business away from the UK. Capitalism is a dog-eat-dog world, where the weakest are gobbled up by the strong. British capitalism would be badly mauled.

The May government’s strategy is to hope for the best. But one senior civil servant was more realistic. “It’s going to be bloody,” he said, “but we’re just going to have to bash on through and get to the other side.” But in this war of attrition with the EU, the British side will need a lot more than this Dunkirk spirit. They are tobogganing towards disaster with their eyes closed, to quote the pre-war words of Trotsky.

A train-crash departure and slump in Britain would also have serious implications for the European economy, which has been in and out of recession since 2010. “In the eurozone, political leaders found it expedient to muddle through the banking crisis and then a sovereign debt crisis — only to find Greek debt is unsustainable and the Italian banking system is in serious trouble,” writes the Financial Times columnist Wolfgan Munchau. “Eight years on, there are still investors out there betting on a collapse of the eurozone as we know it.”

With this in mind, negotiations will not last two years. The EU might not exist in the next period. Brexit would have been simply the beginning of the end for the bloc.

The post-war consensus is already in tatters. The capitalist crisis has served to undermine the whole edifice. We have entered into a new epoch of crisis and instability, with 2017 offering to be even more fraught than last year.

For a socialist Europe!

Clearly, for the working class there will be more relentless attacks on its living standards. The gulf between rich and poor will become even greater.

The real lesson is: there is no way out for working people on a capitalist basis whether inside or outside the European Union. Capitalism is a horror without end.

Only with the overthrow of this system of money-making and greed can society be planned in the interests of the majority. With the end of the rule of the bankers and capitalists, a socialist Britain would reach out to the workers and downtrodden in crisis-ridden Europe to follow suit. On that basis, a socialist united states of Europe would be set up as a stepping stone to a world federation of socialist states.

New technology and automation would be used not to destroy livelihoods but to put an end to poverty, unemployment and want. It would lay the basis for a transformation of our lives, allowing free access to art, culture and the real pleasures of life. That is a world worth fighting for!