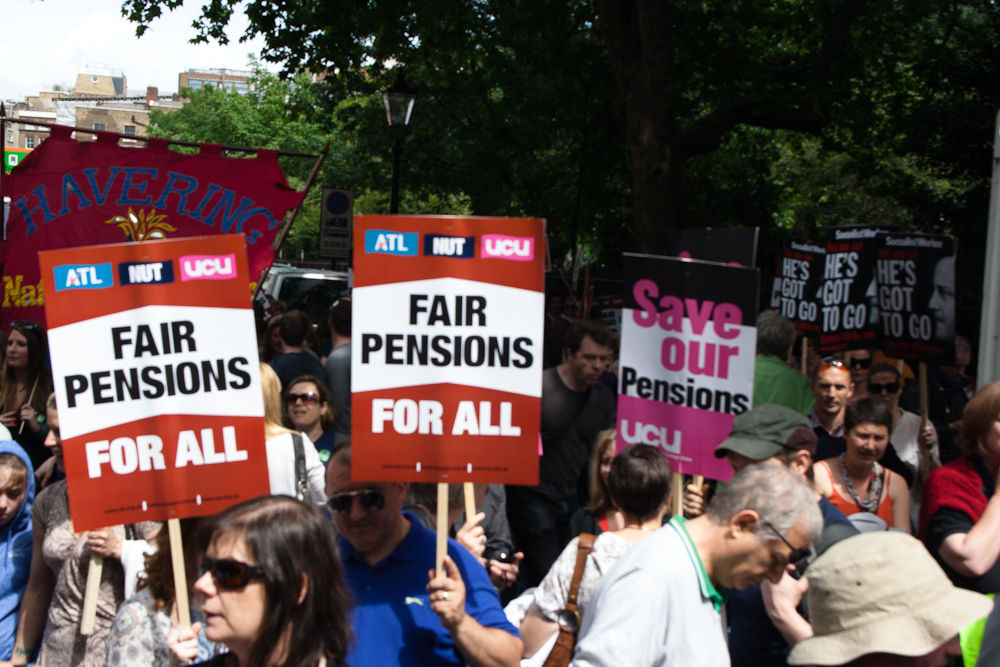 The Tories’ latest attack on welfare benefits threatens to place even more of the burden of the bankers’ crisis onto the shoulders of the unemployed, the disabled, children and pensioners.

One of the chief myths that is now being carried enthusiastically by all the press is the idea that thousands of rich pensioners are being give ‘universal’ benefits when they don’t need them. “Why should Alan Sugar get a bus pass?” they ask, as if the noble lord ever travels in a bus.

The Tories and the media are attempting to build a band-wagon around the idea that pensioners are somehow ‘protected’ from austerity and that the ‘baby-boomers’ have had it easy.

Learned foundations like the Nuffield Foundation and the Institute of Economic Affairs have brought out reports recently which have argued, not only that older people have been ‘sheltered’ from the generalised austerity, but that the universal benefits like travel passes and winter fuel allowance are being made at the expense of younger generations.

“Each generation should pay its own way,” the IEA report declared, “which is not happening at present. British policy-makers have given undue advantage to the older generations at the expense of younger and future generations.” Never mind the fact that the vast majority of pensioners have worked all their lives, contributed enormously to society and have earned the right of a decent pension!

Wealthy personalities like Esther Rantzen, Ann Widdicombe and Sir Richard Branson have been reported as giving their winter fuel allowance to charity. We can expect much, much more of this in the coming winter.

In reality, this is all part of a generalised strategy to divide working people – those working in the public from those in the private sector, the unemployed from those in work, black workers from white workers and now, the young from the old.

There are no more than quarter of a million - one in every fifty - who are well off enough even to the extent of paying the higher rate of income tax, never mind being ‘millionaires’.

The big majority of better-off pensioners do not even claim travel passes. As for millionaires like Branson and Sugar, you would be hard-pushed to find a single one demeaning himself to apply for a bus-pass, let alone travelling on public transport.

The stinking hypocrisy of the Tories is seen in the fact that this same government which moans about ‘rich’ pensioners has given tax concessions to millionaires, worth a tidy £40,000 a year.

According to a report by the National Pensioners Convention, the state pension in the UK is actually one of the lowest in Europe. Additional benefits would not be necessary in the first place if retired workers were given a decent living pension.

Despite the winter fuel payment, there are still two and a half million pensioners who are in ‘fuel poverty’, meaning they spend more than 10 per cent of their meagre income on fuel.

According to the NPC research, almost a quarter of all pensioners cannot afford to go out more than once a month, 41 per cent never take a holiday and one in eight would be unable to pay an unexpected bill of £200.

In building up a head of steam to get rid of universal benefits, the Tories are not really aiming their fire at millionaires.

The only way they can save any serious money – and they know it – is by introducing a means-tested system limit similar to the present Pension Credit level, meaning that benefits would only be available to those with an income below £7500 a year.

Even now, an estimated two million pensioners who ought to qualify for Pension Credit do not receive it because the complexity and intrusiveness of the application process, as well as the pride and dignity of pensioners themselves, all conspire to dissuade them from applying.

Esther Rantzen, Ann Widdicombe and Richard Branson will not go short of a bob or two, but millions of pensioners currently rely on winter fuel payments.
If a means-tested system is introduced for winter fuel payments and other benefits it will mean in practice that millions who need the benefits will simply go without.

According to the Institute for Fiscal Studies, over 40 per cent of the Winter Fuel Payment actually does go on energy bills, precisely because it is labelled the way it is.

During the winter of 2011/12, in England and Wales, 25,700 died from cold-related illnesses, the overwhelming majority of whom were pensioners.  Taking away the winter fuel allowance or reducing it to a narrow band of the very worst off will condemn thousands of pensioners to death every winter.

In fact, pensioners still make a multi-billion contribution to the economy, through payment of value added tax, income tax and in a huge variety of unpaid jobs, like voluntary work and child care, without which their own children would be unable to work themselves.

Many tens of thousands of retired workers still play an active part in the labour movement, in trade union branches, trades councils and Labour Parties. The labour and trade union movement will be rebuilt and renewed in the coming years with young workers, forced by the Tories’ austerity programme to fight for the first time in their lives.

Nevertheless, an essential part of any Labour and trade union programme must be the demand for a decent living state pension for retired workers.
The socialist transformation of society and a plan of production would allow the wealth and resources of society to be used for the benefit of all and that would mean decent retirement.