The arrest of Julian Assange is a vicious assault on basic democratic rights. Through WikiLeaks, Assange has exposed the hair-raising crimes of US imperialism and its allies, including the UK. While war criminals like Bush and Blair walk free, Assange now faces the prospect of spending the rest of his life in a US prison. A defence of Assange is a defence of the right to freedom of expression and the right to information, against imperialist aggression.

Sajid Javid, the Tory home secretary, made clear last week which side the British ruling class is on. In Parliament he described Assange as “someone [who] has a track record of undermining the UK and our allies and the values we stand for”. These “undermining” activities are the publication of documents and footage proving massive corruption and deliberate murder of civilians by the US military. Corruption and murder, then, are the “values we [the British ruling class] stand for”.

Corbyn vs the establishment

Against the British establishment, Labour leader Jeremy Corbyn and shadow home secretary Diane Abbott have come out firmly in defence of Assange. They have both called on the government to block Assange’s extradition to the USA, where he faces potential human rights abuses. 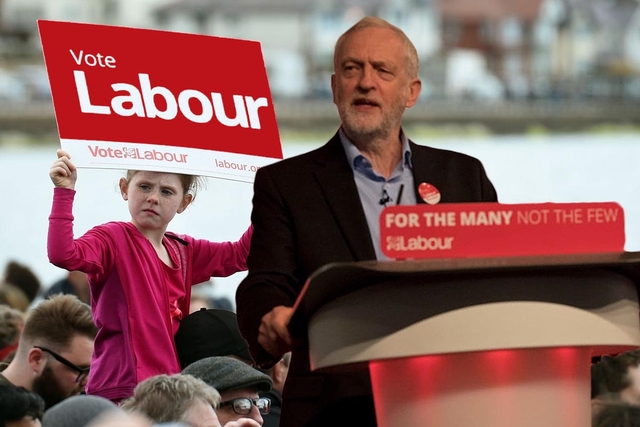 Against the British establishment, Labour leader Jeremy Corbyn has come out firmly in defence of Assange / Image: Flickr, Labour Party

Chelsea Manning, a fellow whistleblower imprisoned in the USA, was subjected to nine months of solitary confinement for similar ‘crimes’. During this time, she was kept in a cell for 23 hours a day, deprived of sleep and rest, and even had her clothes confiscated.

As usual, the establishment hangers-on in the Labour Party have come out against their own leadership and in defence of the interests of US and British imperialism. Blairites such as Stephen Kinnock, Diana Johnson, Siobhain McDonagh, and Stella Creasy have all criticised Corbyn and Abbott’s defence of Assange.

The latest rhetoric and behaviour from these imperialist apologists is consistent with their votes for the Iraq war and/or votes against any investigations into it.

These Blairites say that they are motivated by concern that Assange should be tried in Sweden for allegations of rape and sexual assault - cases that were dropped in 2017 with no charges made.

The reality is that none of these politicians is in a position to comment on the truthfulness of these allegations. But that hasn’t stopped these MPs using their position in Parliament and their access to the media to destroy any chance Assange might have had of a fair trial by painting him as guilty until proven innocent.

The chance of a fair trial was minimal anyway. Back in 2010 when the allegations first arose, at the height of the campaign by US imperialism to discredit Assange and WikiLeaks, Assange offered to cooperate with the Swedish authorities. His only condition was that they guaranteed he would not be extradited to the USA on whistleblowing charges. But the Swedes refused to give such a guarantee. And so Assange sought asylum in the Ecuadorian embassy in London, rather than go to Sweden.

There is a cosy relationship between the Swedish and US governments. Both countries sent troops to Afghanistan. And US imperialism has a habit of using European social-democratic governments as a cover for its imperialist activity - see, for example, the Spanish ‘socialist’ government’s recent support for US aggression towards Venezuela.

All of this suggests that Assange was right to be suspicious of the Swedish authorities. The cynical use of rape and sexual assault allegations - which may or may not be true - as a cover for imperialist manoeuvres is not beneath the ruling class of any country. After all, these are the same people who justified the invasion of Afghanistan under the banner of ‘liberating women’.

But the Blairites don’t care about any of this. For them, the only thing that matters is attacking Corbyn. They will throw journalistic freedom and the right to a fair trial out of the window if it offers them five minutes in the media to smear the democratically elected leader of their party.

There is a clear pattern of behaviour by the right wing of the Labour Party: when the Tories attack working class people, Corbyn hits back in their defence; then the Blairites accuse Corbyn of being a racist, an anti-Semite, a misogynist, or a rape-apologist. 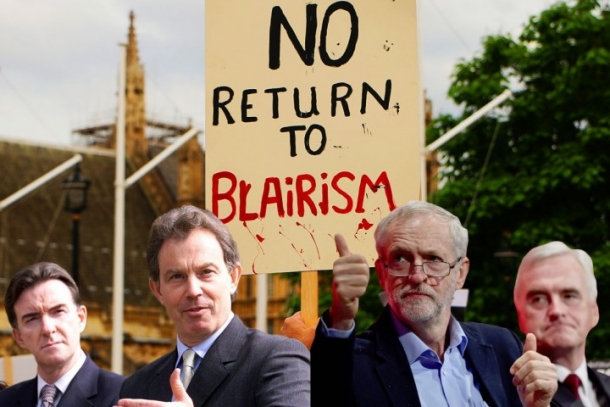 For the Blairites, Assange's guilt or innocence for sexual assault is immaterial, the only thing that matters is attacking Corbyn / Image: Socialist Appeal

These right-wingers can’t openly criticise Corbyn’s politics and policies, because to do so would expose them as the agents of the establishment within the Labour Party that they are. And so they hide behind mud-slinging, half-truths, smears and spin.

We have highlighted this behaviour in relation to the anti-Semitism allegations many times before. Similarly with the smears over Corbyn being a “terrorist sympathiser” or “Kremlin stooge”. Now we are witnessing the same thing over Assange.

Corbyn and Abbott are standing firm against the establishment and imperialism, in defence of democratic freedoms. Rather than disagree with them openly, as Sajid Javid and the Tories have done, the Blairites prefer to insinuate that the Labour leadership has no respect for the rights of women, which is an absurd claim.

Those of us on the left of the party have to stand up to this sly and cowardly behaviour. We have to expose the motives of the Blairites for what they really are. When push comes to shove, these people will always come down on the side of the Tories and the British ruling class, against workers and youth. These representatives of the establishment have no place in the Labour Party.

We do not need these gutless Blairite wreckers in our party in order to get Corbyn into Number 10. In fact, they are holding us back from mobilising an even wider layer of society and fighting for a socialist Labour government.

And we must offer a word of warning: their wrecking activities will be carried out on an even more dramatic scale if they are still Labour MPs when Corbyn comes to power.

We are on the cusp of a general election. The row over Assange has proven once again that now is the time to reselect our parliamentary representatives and kick out the Blairite careerists. We need Labour MPs on a workers’ wage - committed to fight the establishment and carry out socialist policies.