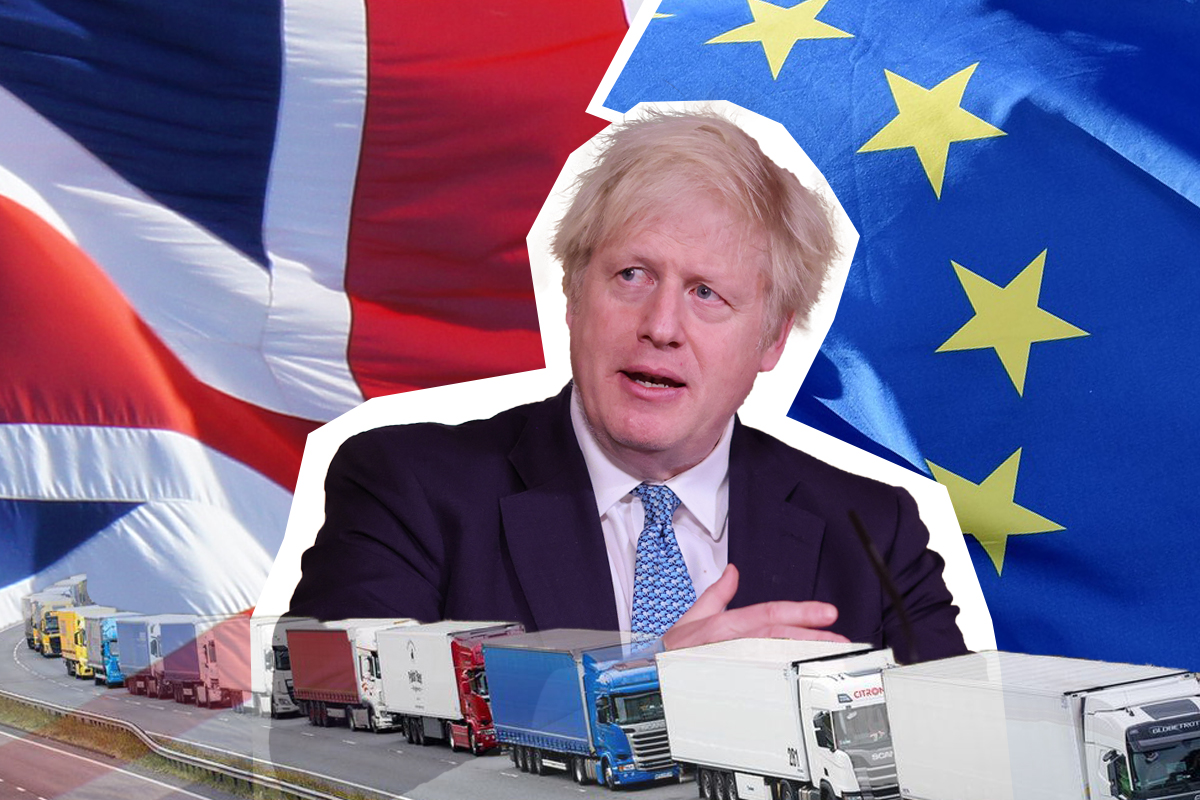 With petrol pumps across Britain running dry, and gridlock on the roads, the Tories are lurching from one crisis to another. The anarchy of the market is causing chaos to workers’ lives. All the ingredients are being prepared for a social explosion.

Three years ago, Tory MP and hard-right headbanger David Davis promised that his party would not preside over a country “plunged into a Mad Max-style world borrowed from dystopian fiction.” But the last few days have brought that dystopian fiction roaring to life.

Up and down the country town centres are gridlocked by people queueing for fuel, with 90% of petrol stations suffering shortages due to a lack of tanker drivers.

Fights have been breaking out on petrol station forecourts. Punches have been thrown at pumps across the country, and one motorist pulled a knife on a queue-jumper in south east London on Tuesday morning.

Essex Police reported over one hundred 999 and 101 calls about petrol queues in just 24 hours. And police have been deployed across London to keep order on the blocked roads.

Ambulances are already running dry. One ambulance crew reported driving around for an hour looking for fuel, with the only pump they could find limiting them to 30 litres. According to the chairman of the Petrol Retailers’ Association, more emergency services could soon be affected.

It’s been reported that logistics bosses have warned that one-out-of-five deliveries of food and other commodities aren’t reaching supermarkets on time or at all. Empty shelves are now a regular feature of all the major retailers.

Schools are considering returning to online classes because parents can’t drop their kids off, and teachers can’t get into work. One headteacher in Surrey reported that she’s considering using school money to pay for taxis to get staff into work.

The army has been in a state of high alert since Monday morning. They are reportedly ready to implement Operation Escalin, which would provide troops trained to drive HGVs to deliver petrol. Already personnel from the Ministry of Defence have been drafted in to administer fast-track training for new lorry drivers.

In some areas of England long queues outside petrol stations have developed after BP said a handful of forecourts in its 1,200-strong network are experiencing fuel shortages.

The Transport Secretary has urged people to carry on as normal.

The Tory government and the capitalist class it represents are running around like headless chickens. They don’t really understand why this is happening, and they’re split on how to respond to it.

The ministers for Transport, Business, and the Home Office want British workers to fill the lorry driver jobs. They’re asking companies to improve wages and working conditions for drivers. But the bosses of industries which rely on HGVs are warning that they won’t enter a bidding war for drivers, with several major companies reportedly saying they’d close down if forced to pay workers more.

Meanwhile the ministers for the Environment and the Cabinet Office want to focus instead on recruiting more lorry drivers from abroad to plug the gap. But the head of the European Road Haulers’ Association, representing 200 trucking companies across the continent, pointed out that since HGV drivers’ salaries and conditions are far better in Europe than in Britain, very few would move across the Channel. 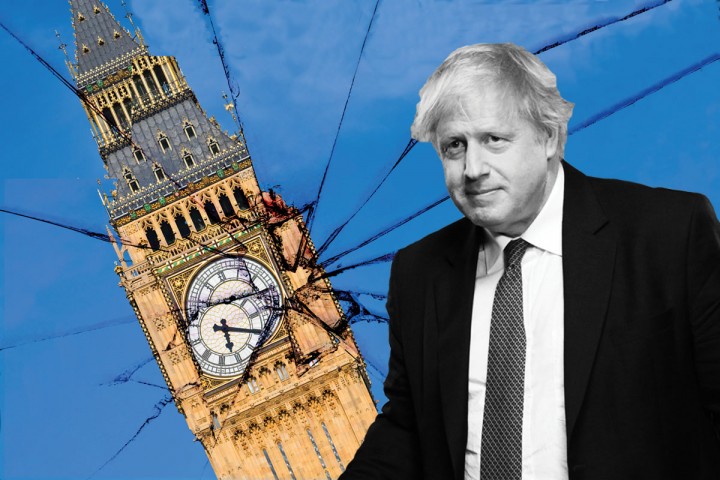 The Tory government and the capitalist class it represents are running around like headless chickens / Image: Socialist Appeal

With both sides hitting a dead end, the government has settled on a compromise which satisfies no one, and doesn’t solve the problem.

In a blow to free marketeers, competition law has been suspended so that oil companies can collaborate to distribute petrol more effectively. Therefore we see how the ‘free market’, so beloved by big business when the economy is booming, has gone straight out the window in a crisis.

Economic liberalism might be good at making profits for bosses in a boom, but the ‘invisible hand’ of the market turns boom into bust as night follows day. When it comes to making sure the economy actually functions in the interests of working class people, it’s only centralised planning that can deliver the goods.

And in a blow to the Brexiteers, 5,000 temporary visas will be issued to foreign drivers, lasting up until Christmas Eve. On top of that 40,000 HGV driving tests, paused by the pandemic, will be accelerated.

Businesses have been quick to point out that the shortage of drivers is around 90,000 fewer than needed. This is double the gap that the government is planning for, with demand set to increase between now and Christmas.

This latest crisis is splintering the already flimsy support for the Tory government. Splits in the cabinet are accompanied by a battering in the polls. According to Opinium 67% of people think that the government has handled the situation badly. That includes 59% of Tory voters!

In a blow to Boris ‘Get Brexit Done’ Johnson, 68% of people think Brexit is partly to blame for this crisis, including 52% of Leave voters! His personal approval rating has reached new lows, plunging from 47% in March to just 38% now.

In trademark fashion Keir Starmer has spent his time during this crisis attacking the Labour Left at the Party conference in Brighton, instead of fighting the Tories. All he’s said is that the government’s response so far has been “far too small”, which is hardly robust opposition.

In a poll released on Monday just 25% of people said they thought Labour should form the next government. But only 32% thought the Tories should be re-elected. This crisis, the latest in a series from the Afghanistan withdrawal to energy company bankruptcies, has created widespread disillusion with both the Tories and Starmer’s Labour.

It’s clear that the strategists of capital don’t really understand what’s going wrong. Some are blaming COVID, whilst others blame Brexit.

Some say the shortage of drivers is a temporary phenomenon confined to one sector. But others point out that the labour shortage is hitting other sectors and other countries. Polling in the US found that the share of small retailers finding it difficult to hire went from 47% to 62% over the last three months.

This autumn, fruit will be rotting in the fields for lack of pickers. Abattoirs will be working under capacity for lack of workers. All while millions of people are unemployed, and millions more are underemployed and struggling on part time wages.

The reason the strategists of capital don’t understand what’s happening is because they can’t see the big picture.

There isn’t a small adjustment to this or that detail which will solve these problems. What we’re witnessing is convulsions in global supply chains, a collapse in productive investment across the board, and a growing mood among workers that they’re not willing to work for low wages and in poor conditions.

These are the spasms of a capitalist system reaching the end of its life. The Tories are split and impotent because they’re scrambling for a way out, when there is none on the basis of capitalism. The same goes for Starmer.

The anarchy of the capitalist system, run for profit instead of need, is leading to shortages, rising prices, and collapsing standards of living for millions of people. The need for a socialist economy, planned for need not profit, has never been clearer.

The mood of anger is growing. Fist fights at petrol stations are a sign of people reaching the end of their tether. We face a winter of shortages, rising energy prices, benefit cuts, tax increases, and extra pressure on the health service. Our backs are against the wall and people can’t take much more of this. All the ingredients are there for a huge social explosion.

The only way forward is to sweep the capitalist system, its bosses, landlords, and politicians, into the rubbish bin of history. We need to channel our anger into the fight for socialism.