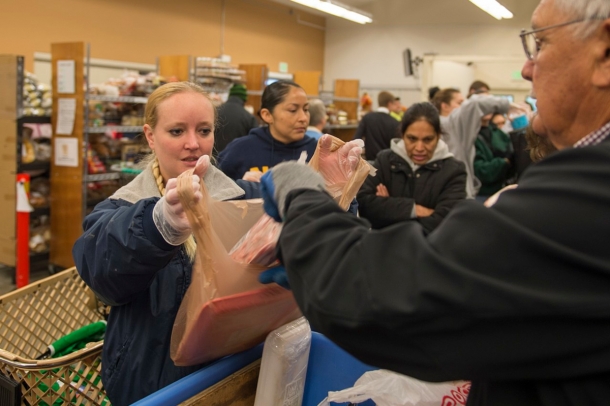 Filling the vacuum created by the Tory government’s ineptitude, local community groups have sprung into life across Britain, providing essential support to the most vulnerable. These could become a powerful tool in the fight against austerity.

Boris Johnson has been fiddling while Rome burns, leaving swathes of the population ‘to die before their time’, and pleading with private businesses to make up for the government’s failure to get enough ventilators.

Labour members and local residents, meanwhile, are swinging into action, taking matters into their own hands. Thousands have already helped set up local ‘Covid Mutual Aid’ groups to organise solidarity and help for those in need.

This direct action to fill the vacuum left by the government is inspirational, showing the capacity for ordinary working people to organise themselves and their communities.

This comes after Labour’s election defeat had already produced a sense amongst many on the left of the party that it must do more. Members already understood that the purely parliamentary road was exhausted. They understood the need for the Labour Party to rebuild in working-class towns – by helping people in deprived areas to organise and to change their lives for the better, here and now, rather than relying on the Westminster electoral cycle.

Activists have been searching for a way to break out of Labour’s bubble, break out of routinism and passivity, and organise in working-class communities. The coronavirus crisis has forced just such an endeavour onto us on a vast scale. We must help to establish and preserve the solidarity embodied in these groups.

Another world is possible

What a world away the parliamentary shenanigans over Brexit already seem. The economic crisis unfolding looks set to be the worst in capitalism’s history. 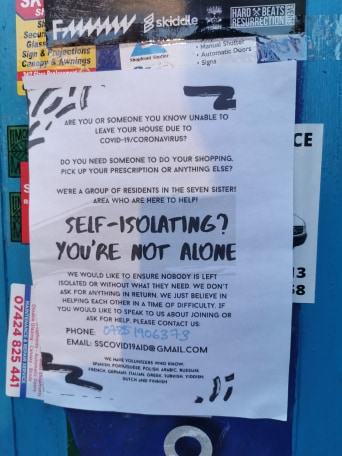 Local community groups have sprung into life across the country, providing essential support to the most vulnerable / Image: Socialist Appeal

Radical action by ordinary people organising themselves is a necessary step – not only to help people now, but in preparing for the coming struggles.

First set up in Lewisham, London only last week, there are now at least 1,500 local mutual aid groups across the country, each one involving hundreds or even thousands of people. It is estimated around 2.5m people have signed up in total.

These groups are flyering houses to make sure that those without the internet know there is a local group who can help them. They are organising emergency food banks; picking up shopping and delivering medicine for those in self-isolation; providing music lessons; and just being there to talk to those who are lonely

Counselors are being organised into these groups to help relieve anxiety, and lists are being drawn up of those who speak different languages to help with translation. Lists of local people with DBS checks, qualified to work with children, are also being drawn up to help with childcare. In some cases, these groups are working with the local council, which has data on vulnerable people.

This proves that ordinary people are not the selfish schemers that capitalist apologists make them out to be.

If in the space of a week, tens of thousands of people can organise themselves to help one another in a wide range of complex tasks, because the government is too inept and callous to do so, imagine what they could achieve if they ran their own workplaces and communities. Imagine what society would look like if the means of production were collectively owned and democratically run to meet all of our needs.

These inspiring groups offer us a glimpse of the possibility of a different society.

Many of those engaged in these groups have expressed the hope that they lead to lasting change. They want these groups and the social connections they forge to be preserved so that we can overcome the alienation, loneliness and political impotence that most people feel day-in, day-out under capitalism.

The danger is that once the virus is finally conquered, these groups could be shut down as things return to ‘normal’. The pressures of routine life under capitalism could once again isolate us into our bubbles, and the poor and vulnerable become neglected once more.

This crisis is no mere biological one, however. It is both caused and exacerbated by the blind anarchy of capitalism. It has accelerated and deepened the most severe economic crisis we have ever seen.

The government is being forced to take measures unthinkable for a Tory regime, such as granting a mortgage holiday, banning evictions of tenants, paying the wages of employees, and even nationalising companies. This will cost a lot of money – more even than the £330bn that has been announced by the Chancellor.

But they remain the Conservative Party, wedded to big business and the rich. The money spent, the evictions banned, and the nationalisations, will all be reversed. The former Tory MP Rob Wilson has already proposed a subsequent tax hike later on. Austerity will be reimposed, more brutal than ever before. The Tories will try to make the working class pay for this crisis.

When the government legalises evictions, these groups should be mobilised to resist the wave of evictions that will take place.

The lifting of the virus shutdown will usher in a wave of social unrest, as months or even years of pent up fury is unleashed. The presence of mutual aid and solidarity groups presents an enormous opportunity to strengthen any such fightback.

These groups and networks have the potential to organise swathes of the most oppressed and formerly atomised people into the struggle. The routinist conservatism of the trade union bureaucracy could be shaken off by this wave of revolt.

During the 1926 general strike – the closest Britain has come to socialist revolution – ‘Councils of Action’ were set up in a matter of days to direct the strike and organise elements of production, distribution, and transport. This was against the wishes of the trade union bureaucracy, as the Councils threatened the union leadership’s control of the situation.

Like today’s mutual aid groups, these grassroots initiatives were created by ordinary people as an organic response to the needs of the movement. They represented an embryo of workers’ power, in opposition to the capitalist state, demonstrating the ability for the working class to come together and organise society on the basis of needs, not profits.

Many Labour activists are already throwing themselves into these local initiatives. Labour should therefore help to link these community efforts to the political questions behind the epidemic and its impacts.

Many within these groups are insisting that they remain completely non-political. But the coronavirus crisis is a deeply political issue – a product of decades of austerity running down the NHS.

Not only that, but the Tory government – the same government responsible for this mess – is attempting to co-opt these local groups into delivering food for free, so that it looks less ill-prepared. 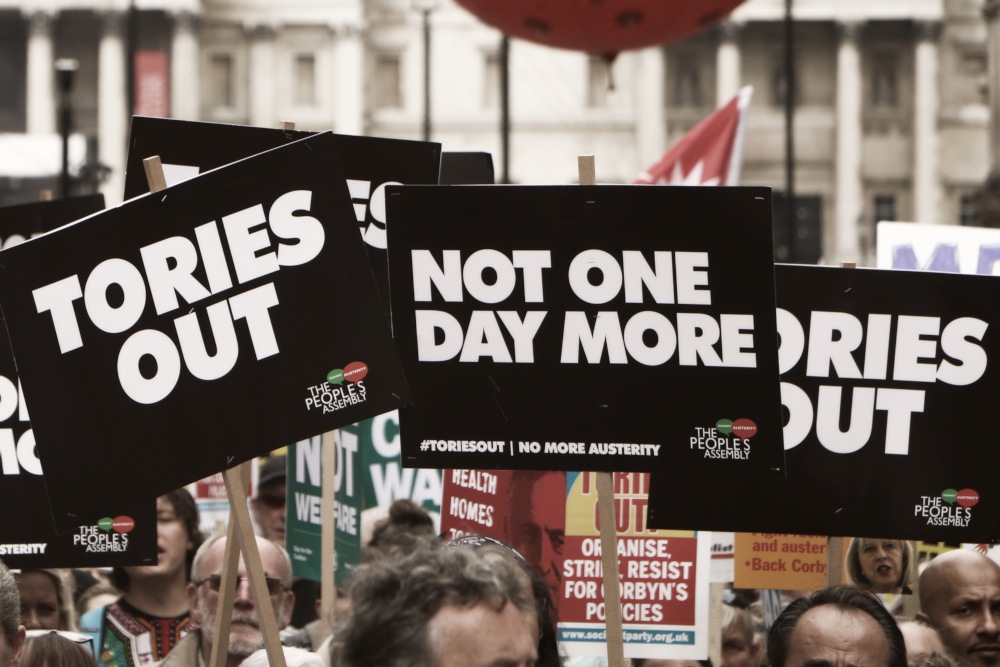 The Labour left must now help prepare these community groups for a fightback against the Tories / Image: Socialist Appeal

In other words, these solidarity groups are being used politically - by the Tories. Labour must therefore explain that community organisations should take a political position against the government’s handling of the crisis and its programme of austerity.

The Labour left must now help prepare these community groups for a fightback against the Tories – explaining that things will not just return to normal; that massive austerity and further cuts will come as the ruling class attempts to claw back what it has lost.

Many of those involved in these grassroots groups will be searching for answers and solutions. Labour should therefore help to provide a clear, radical, socialist programme to answer this crisis and its aftermath.

Labour must use this moment to publicly declare that its councils will no longer carry out austerity, but will organise the community to fight against it.

Such councils should therefore also help these mutual aid groups in the here-and-now by giving them resources. The trade unions should also assist in this respect, linking communities and workplaces, and providing resources.

And in the longer-term, steps should be taken to link up and organise community groups on a larger scale – across boroughs and cities, and eventually nationally – through the convening of general assemblies and the election of recallable delegates.

When the virus is defeated, these relationships and networks can be built upon in order to struggle against the inevitable wave of austerity that the Tories will try to inflict on working-class communities.

As soon as we can, we must organise a mass campaign to bring down this disgraceful government and replace it with a socialist one based on the solidarity and grassroots democracy springing into life right now.