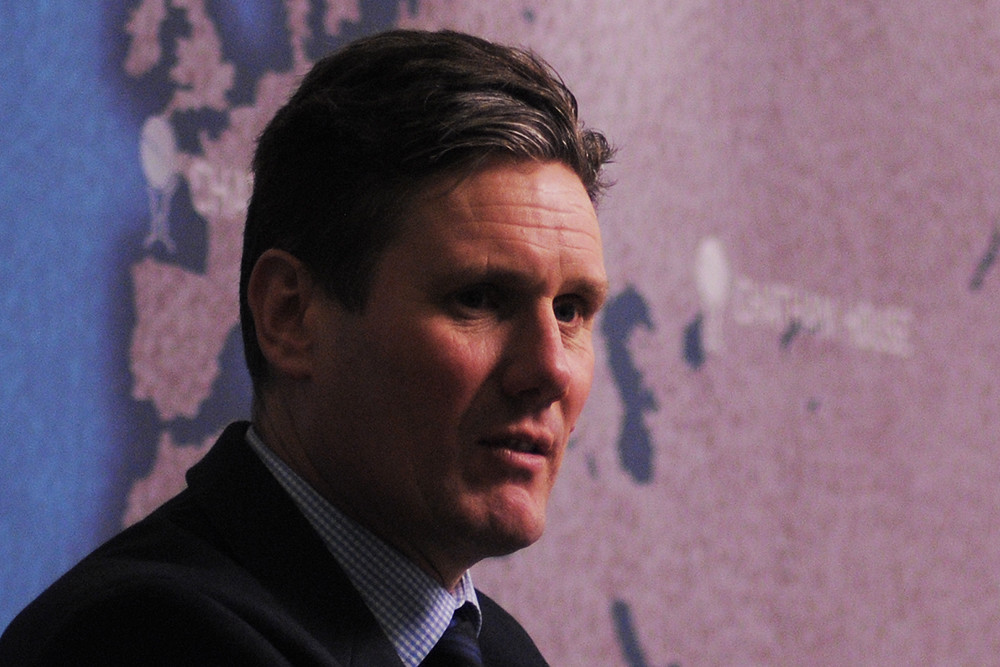 The ballot has opened for the Labour leadership contest. Keir Starmer is currently the favourite, based on an opportunistic campaign with hollow promises of ‘unity’ and ‘electability’. Members must not be fooled by this right-wing Trojan Horse.

Sir Keir Starmer (QC) has emerged as the frontrunner in the Labour leadership race. His pitch is simple: “No more faction fighting – unite behind me. I’ll preserve Corbyn’s radical policies, and I’m electable enough to win.”

A number of prominent ‘lefts’, including Paul Mason and Momentum’s former national coordinator Laura Parker, have embraced Starmer – mostly over his past support for remaining in the EU. But his proposition of ‘Integrity, Authority, Unity’ rings hollow considering his track record and the forces behind him. All the evidence points to an establishment stooge whom the Labour right wing are counting on to return ‘their’ party to their control.

Siding with the status quo 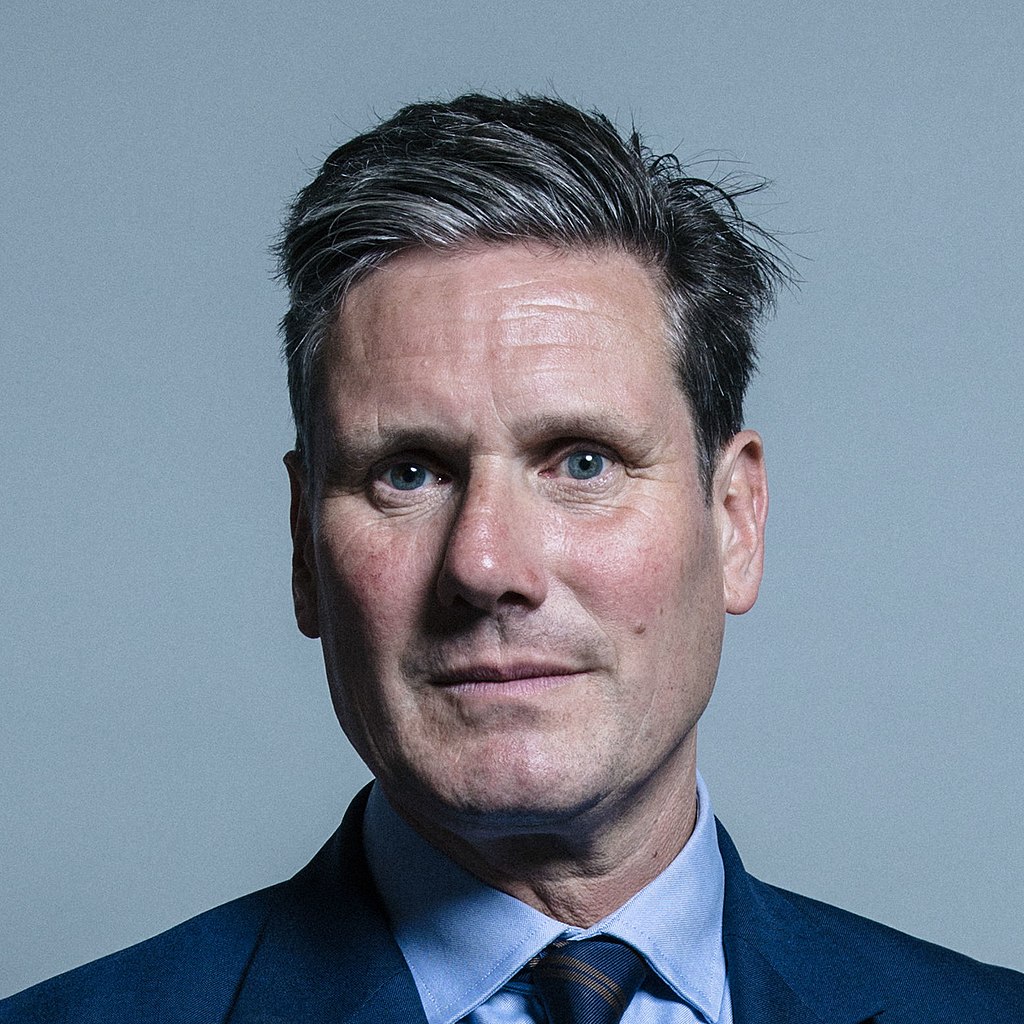 Starmer has opportunistically tacked left, but members must not be fooled by this right-wing Trojan Horse / Image: Flickr, Chris McAndrew

The launch video for Starmer's leadership campaign is a slideshow of his progressive accomplishments: defending striking dockers; giving free legal advice to poll tax protesters; fighting Rupert Murdoch over phone hacking, and so on.

In a voiceover, he states, “I’ve spent my life standing up for the powerless and against the powerful.” But while head of the Crown Prosecution Service (CPS) and Director of Public Prosecutions (DPP), this coiffured knight of the realm tended to do the exact opposite.

From his first year as DPP, he repeatedly covered for police officers accused of malpractice and brutality.

And in 2010, he initially refused to try PC Simon Harwood after he shoved Ian Tomlinson, a homeless newspaper seller, to the ground during the G20 summit protests. Tomlinson died of internal bleeding. Starmer argued he died of “natural causes.”

Additionally, he authored rules to give the police greater power to arrest demonstrators following the 2010 student protests. Sir Keir’s enthusiasm for rapid and harsh sentencing after the London riots of 2011 led his successor to describe his legal advice as a “collective loss of proportion” and a denial of “humanity or justice”.

Later, CPS appealed a decision from a lower court to release Julian Assange on bail. Starmer advised lawyers from Sweden (investigating accusations of rape) not to question Assange in Britain. And leaked emails show that, when they expressed doubts about the case, Starmer’s office replied: “Don’t you dare get cold feet.”

When not facilitating the harassment of activists, Starmer spent much of his time as DPP hounding benefit claimants. In 2013, he recommended harsher sentencing at a time when the right-wing press was raging about ‘benefit cheats’. Starmer happily sang their tune, declaring: “I am determined to see a clampdown on those who flout the system.” He later abstained on the 2015 Tory Welfare Bill as an MP.

Tax avoidance by capitalist fat-cats costs the public coffers £12bn annually, dwarfing the impact of benefit fraud. But in Sir Keir’s eyes, it seems the poor were the real criminals.

A politician for all seasons

Starmer’s political career started on a similarly pro-establishment track. He was elected MP for Holborn and St Pancras in 2015. After supporting Andy Burnham in the 2015 leadership election, he later voted against investigating Blair’s actions leading up to the invasion of Iraq.

It is unsurprising Starmer would side with imperialism, given his membership in the Trilateral Commission: an anti-socialist pressure group founded in the Cold War, which counts Henry Kissinger and (formerly) Jeffrey Epstein amongst its ranks.

He also participated in the abortive coup against Corbyn in 2016, only to later rediscover his ‘left-wing’ values when he found himself appointed shadow Brexit secretary. In that capacity, he came under the influence of the Blairite-led ‘People’s Vote’ campaign.

The biggest stain on Starmer’s ‘electability’ claim is masterminding Labour’s disastrous Brexit policy in the 2019 general election. Corbyn wanted to accept Brexit after the 2016 election, while defending workers’ rights. But Starmer steered the party firmly towards embracing a second referendum and attempting to stop Brexit in the Commons.

“Parliament must be put on a war footing to stop a no-deal Brexit... Every tool in our armoury must be deployed: amending legislation, forcing emergency debates and triggering no-confidence votes. The majority in parliament must act – and that will involve coordinated work across all political parties.”

It was precisely this manoeuvring with Tory and Lib Dem MPs that made Labour appear like every other establishment outfit – thus costing them the election. Similarly, it is hard to imagine that a besuited, metropolitan, arch-Remainer is the best candidate to win back the ‘left behind’ communities who abandoned Labour in 2019.

Unlike avowed right-wing candidate Lisa Nandy, Starmer understands that he needs to appeal to Labour’s mass left-wing membership. Corbyn’s policies around nationalisation, free education, and a Green New Deal remain very popular with activists. In a list of 10 pledges, Starmer lays out his commitment to ‘economic justice’, ‘climate justice’, ‘common ownership’, etc. He has also been careful not to criticise Corbyn and his legacy too harshly.

If he can't be strong now, then when?

This strategy has paid off so far. Starmer has taken the majority of nominations from CLPs, including those that backed Corbyn in 2015 and 2016. But how far can his promises be trusted?

As the old saying goes, judge a man not but the words he speaks, but by the company he keeps. In this respect, his campaign team makes cursory nods to the left by including disgruntled former Corbyn allies like Simon Fletcher. But it is chaired by Jenny Chapman – former vice-chair of the Blaritie Labour group, Progress. And it also includes Matt Pound – national organiser for the other major Blairite faction, Labour First, and self-described “full-time” organiser against the “hard left”.

Moreover, a message sent to the mailing lists of Progress and Labour First urged members to “get behind Keir Starmer…to become the Labour Party’s next leader”, declaring the launch of their ‘Reclaiming Labour campaign’ to “identify and contact everyone who shares our values and wants to be part of winning back the party”.

Starmer's talk of unity has been met with scepticism by activists from his own CLP. In an open letter, they contrast his “opportunistic tilt to the left” with the fact that he has “built a team around him that has worked tirelessly to marginalise the left within the CLP”, warning others not to trust his “warm words”.

Despite his triangulation, Starmer would serve the interests of the Labour right, big business, and the establishment as leader. Notably, he has not endorsed open selection. The unity he promises would be solely on the terms of the Blairite-dominated PLP: the chief architects of Labour's defeat last year, who overwhelmingly nominated Starmer for leader.

Additionally, he has refused to disclose the donors behind his ‘big bucks’ campaign. This suggests all sorts of dubious elements from the City and big business have contributed to his war chest.

Finally, Starmer has said he would "welcome back" Blairite grandee, Alastair Cambell, who was expelled for voting for the Liberal Democrats in the 2019 European elections, then bragging about it in the press. Conversely, he has threatened to expel anyone "who joins and/ or supports a political organisation other than an official Labour group or other unit of the Party", which is broad enough to provide cover for renewed expulsions on the left.

Couple this with Starmer's endorsement of right-wing slander about Labour's "institutional anti-semtism", which has also provided a cover for spurious attacks on left-wingers, and it is not hard to imagine with whom he would side in the coming struggle over the soul of the party. 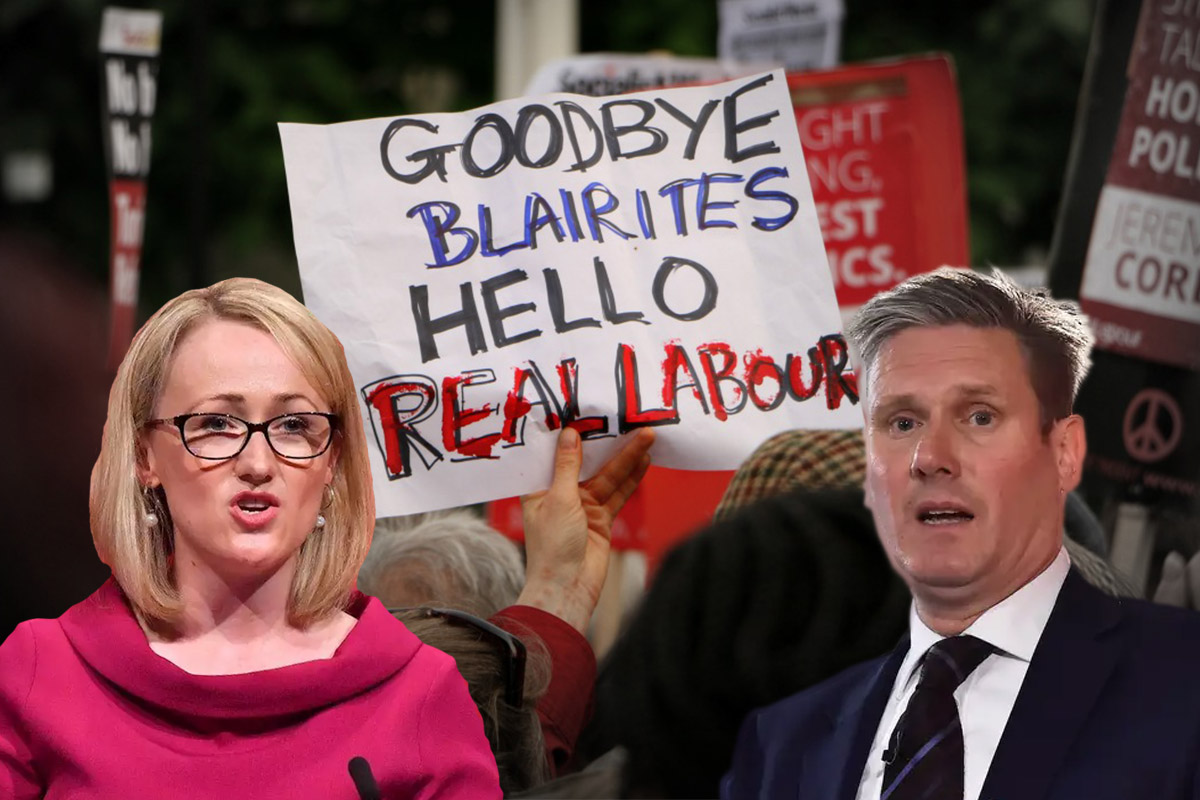 It is essential that left candidates Rebecca Long-Bailey and Richard Burgon distinguish themselves by exposing Starmer’s empty promises and putting forward a clear socialist vision for Labour / Image: Socialist Appeal

The next period will see Tory attacks provoke a backlash in those seats that lent Johnson their votes to ‘get Brexit done’. How would Labour under Starmer respond? Fellow lawyer, David Renton, gave an assessment based on Starmer’s tenure as DPP:

"If such a leader was faced with news of an injustice in the future, the consequence of a change to immigration rules, say, or of a strike in public services – Starmer’s approach as DPP…might raise worries that he would not give a principled defence of the victims but would tell the press whatever it wanted to hear."

This gets to the heart of the matter. Starmer’s career-long instinct has been to defend the interests of the establishment. He is used to opportunistically telling people what they want to hear – be it the Tory press or the Labour membership. But when it comes to the crunch, he will prop up the system.

The reality is that a suit, a sharp haircut, and some smooth (but ultimately vacuous) rhetoric will not win over millions of voters fed up with poverty and deprivation. Only a bold socialist programme – unencumbered by the Blairite Fifth Column – can achieve this.

It is essential that left candidates Rebecca Long-Bailey and Richard Burgon distinguish themselves by exposing Starmer’s empty promises and putting forward a clear socialist vision for Labour.