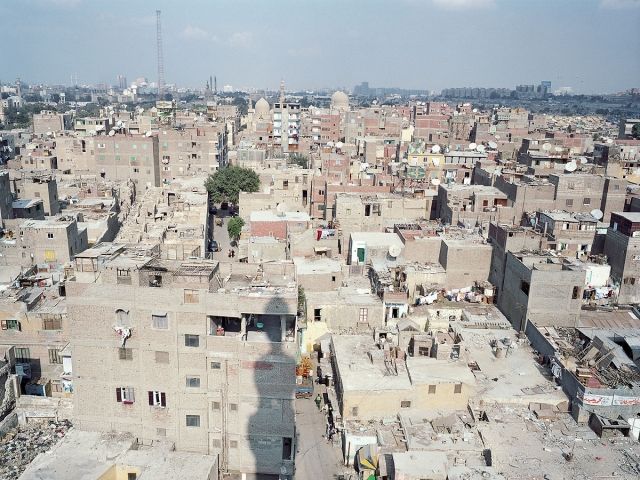 There were violent scenes on Al-Warraq Island in the suburbs of Cairo last Sunday as police attempts to evict residents inevitably resulted in brutal clashes. At least one local man was killed and fifty-six injured. The move to force the island's inhabitants onto the streets comes after President Sisi said in a June speech, “There are islands in the Nile ... according to the law no one should be present on these islands.” This statement bears no regard for the thirty years that this community had inhabited the island or for the failure of any government during that period to provide them with an alternative.

Al-Warraq Island is one of Cairo’s largest slums, with over 90,000 people – mostly peasants, agricultural workers and fishermen – subsisting on an area of 1,300 acres. While the Mubarak regime previously levelled a threat against the island’s “occupation”, it was ultimately easier to keep the slum-dwellers there, on a meagre supply of electricity and running water with no proper sewage system, than have to house them elsewhere. And anyway, Mubarak, like Sisi, bore no concern for the people of Al-Warraq or any other impoverished Egyptians. His regime even blocked plans build a bridge linking the island to other parts of Greater Cairo, condemning it further to backward isolation.

On the other hand, successive regimes have long had the intention of turning the island into a foreign-sponsored luxury resort. Clearly Sisi is now carrying out this intention at long last, disregarding the political consequences on the ground. The state is turning thousands into homeless destitution amid its frantic attempts to entice new foreign investors to Egypt.

Naturally, this has created an explosive mood among the Al-Warraq peasants which could spread to the surrounding areas on the edge of the capital. Crowds took to the streets throwing stones and firing shotguns when the heavily-armed police force invaded and thousands have occupied their homes against the will of the state. Hundreds more marched through the streets on the evening of 16th July for the funeral of Syed Tafshan, the man who was killed by police, chanting anti-government slogans.

One marcher, twenty-year-old Marzouk Hany, said, “We were born on this island... we have proof of ownership, our parents were born here... they want to give it to the Emirates to build hotels.” The Egyptian government has certainly got more than it bargained for in taking on this oppressed and downtrodden community.

The reality of life on al-Warraq was already one of poverty and degradation, as it is in most suburban peasant dwellings which surround the major cities of Egypt. The ramshackle houses were never built to any standard, there is no water safe to drink or even wash in, and open sewers spread disease. One middle-aged resident described it as a “living hell”. A government report from December 2015 found that three quarters of Egyptian villages lack a sewage system, nearly 40% have extended power-cuts every two to three days and only 70% have access to any health care at all.

No government has done anything to combat these conditions, but the current regime now finds them a suitable excuse to kick people off the land altogether. Communities like al-Warraq were formed by peasants migrating from Upper Egypt in hope of slightly better living conditions. When they are thrown from their hovels they will have nowhere to go but the streets, or – if they are lucky – another equally “illegal” slum-town. And all of this will be going on while the Egyptian ruling class uses foreign billions to build a lavish holiday resort on the land it has appropriated.

In the major cities themselves, housing problems are spiralling out of control. A few weeks ago a residential tower block in the centre of Alexandria toppled over and came to rest against a building on the other side of the street. By some miracle, no one in the building was killed, but their lives had been endangered by years of corruption and negligence in a city where over 14,000 unsafe buildings exist in plain view of the authorities.

In fact, the construction planning authority’s local office is located at the end of the street of the leaning tower block! In 2004, when the demolition of a neighbouring building destroyed its foundations, a surveyor informed the local council that the building should be evacuated immediately. And yet when a resident reported that it appeared to be tilting at a funny angle three days before it fell, the council told her, “Oh that’s normal, it’s a very tall building.”

After the evacuation residents were moved to the poor suburb of Amreya, miles from their jobs and communities, and some later had to seek out housing charities. They staged a protest outside the local authority offices which gained plenty of public support. However, their situation is commonplace in a country where 200 people and 800 families are made homeless every year due to buildings collapsing.

Meanwhile the government has been busy overseeing the construction of one of its mega-projects a few miles down the road from the leaning tower. A huge complex of five luxury hotels to be owned and operated by the Egyptian army is being built halfway along the Corniche, the main thoroughfare of the city. For several months the Corniche was closed so that a bridge could be constructed to allow easy access around the complex. This effectively split the city into two halves, much to the chagrin of millions of Alexandrians who use the Corniche for their work commute.

While they are busy tailoring construction projects to the satisfaction of their foreign investors, the Egyptian regime turns a blind eye to the housing needs of ordinary people. The place of diligent government planning is filled by all kinds of gangsters – rogue construction companies often connected to the state preying on a desperate housing shortage to make a quick buck building shoddy tower blocks.

Construction deals are lubricated with bribes at every level of government. In a 2013 ES survey one third of construction companies admitted that they expected to bribe officials to gain construction permits in Egypt. Of course real proportion of bribers is actually much higher. The Central Auditing Organisation found in 2014 that $3bn had been misappropriated by corrupt police officers, intelligence agencies, judges and prosecutors in Egyptian land deals.

One taxi driver told us when referring to the leaning tower and the hotel complex, “It’s a mafia in Egypt, the whole thing is a mafia.” This sentiment accurately reflects the feeling of the millions who fall victim to these crimes one way or another.

It is not simply the quality of the buildings which is a problem in Egypt. The country has been staggering through varying degrees of economic crisis since 2009-10. This crisis has had a catastrophic effect on the real wages of Egyptian workers, while conversely leading to a upsurge in the property market.

As the global crisis of capitalism, reflected internally in the Egyptian economy, has reduced the ability of Egyptian capitalists to export their goods for a profit. Rather than invest in productive ventures they have looked for a haven in which to safeguard their excess wealth. Given the weakness of Egyptian currency, they have naturally looked to property as this haven. Aided by a regime which has removed the last remaining restrictions on private ownership from the time of Nasser, property prices have soared. According to Oxford Business Group residential prices went up 20% in the first sector of 2015 alone.

Consequently as of June this year 54% of Egyptians find their current housing situation unaffordable. The logic of capitalism, in Egypt as in elsewhere, keeps the profits of the rich intact as the workers and the poor suffer ever-increasing hardship.

In order to stave off an even bigger crisis, however, the regime in Egypt is courting foreign capitalists for vast sums to be poured into the Egyptian economy. Some investors, such as the Saudi royal family, are struggling to maintain the levels of financial support they had previously given to Egypt, and so their bailout packages are coming at an ever-greater cost to the Egyptian government. Others, such as the Chinese capitalists, are new on the scene and are trying to secure their position as a major power in Egypt.

The Sisi regime’s idea of attracting foreign investment, in a logical continuation of the Mubarak era, is to offer state-owned land to private developers for free to initiate ‘mega-projects’ such as the new administrative ‘capital’ east of Cairo and the Suez Canal extension. In October the China Fortune Land Development (CFLD) signed a deal promising $20bn of investment for the second and third phases of the administrative capital project. Certainly an element of the deal to sell off two Red Sea islands to Saudi Arabia is the Saudis funding a bridge between Sinai and the Arabian Peninsula, which would facilitate further Saudi investment in Egypt.

But none of these foreign capitalists has any interest in investing in affordable housing, infrastructure, universal healthcare, reliable electrical power and proper sewage systems that millions of ordinary Egyptians desperately need. An overwhelming amount of foreign investment in Egypt is going towards oversized vanity projects which further expose the rottenness at the heart of the current regime.

The political consequences of the crisis of living conditions in Egypt, as demonstrated by the stance of the al-Warraq islanders, are starting to come to fruition. Like the leaning tower of Alexandria was last month, Sisi’s regime is teetering on the brink of destruction, being propped up only by its capitalist friends abroad.

What Egypt needs is a bold revolutionary leadership armed with a programme to point the way forward. Such a programme would include the following demands on housing: