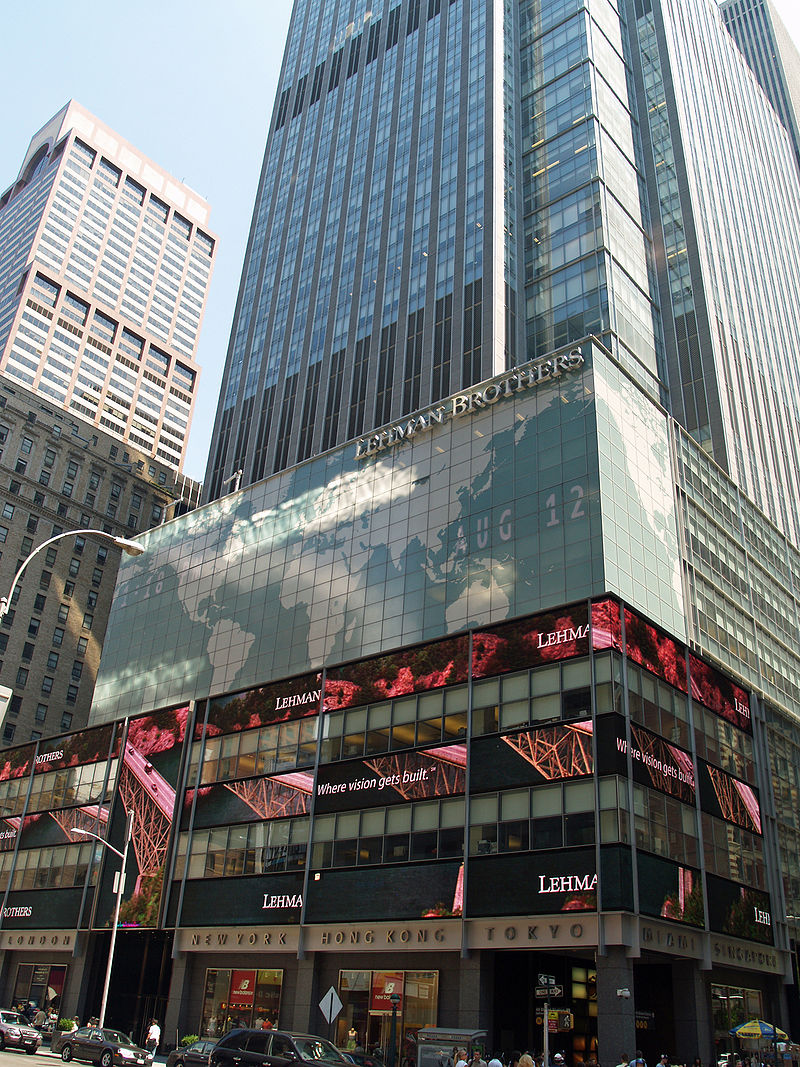 10 years ago, on 15 September 2008, Lehman Brothers – one of the largest and oldest investment banks in the world – filed for bankruptcy after being engulfed by the subprime mortgage scandal.

The Lehman Brothers’ collapse set off a chain reaction, with other banks, financial firms and insurers across the world falling like dominoes in the days and weeks that followed.

George W. Bush, the warmongering president of the USA, was forced to address the nation, announcing plans for government intervention to save Wall Street. Despite this, Bush still felt it necessary to offer up a defence of the capitalist system – a system that had just evidently (and monumentally) failed.

20 years ago, the New York Times marked the 150th anniversary of the publication of the Communist Manifesto by saying that Marx and Engels had “recognised the unstoppable wealth-creating power of capitalism, predicted it would conquer the world, and warned that this inevitable globalisation of national economies and cultures would have divisive and painful consequences.” (NYT, 27 June 1998)

Ten years later in 2008, the “divisive and painful consequences” were laid bare for all to see. Capitalism suffered its most serious crisis since the 1930s. With it returned all the old demons of mass unemployment, wage cuts and austerity. The teetering banking system was bailed out by the taxpayer to the tune of billions of pounds. 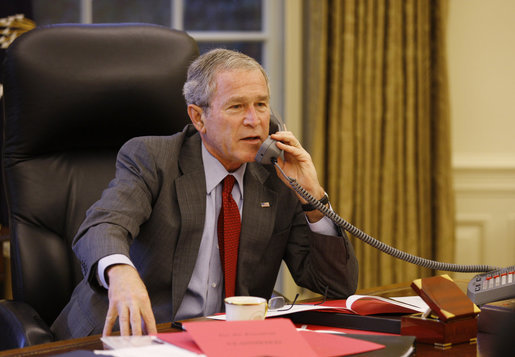 President Bush was forced to address the nation in 2008 after the collapse of Lehmans', announcing plans for government intervention to save Wall Street / Image: the White House

The apologists of capitalism could not understand what had happened. The crash threw them into utter confusion.

At the inaugural conference of the Institute for New Economic Thinking, for example, an event that was sponsored by the billionaire financier George Soros and that included five Nobel Prize winners as panelists, the bewildered participants “could neither agree on the cause of the crisis nor the necessary remedies,” according to the Financial Times.

Even Alan Greenspan – the former head of the US Federal Reserve, once commonly referred to as the “maestro” – later admitted that “I still do not fully understand why [the crisis] happened.” 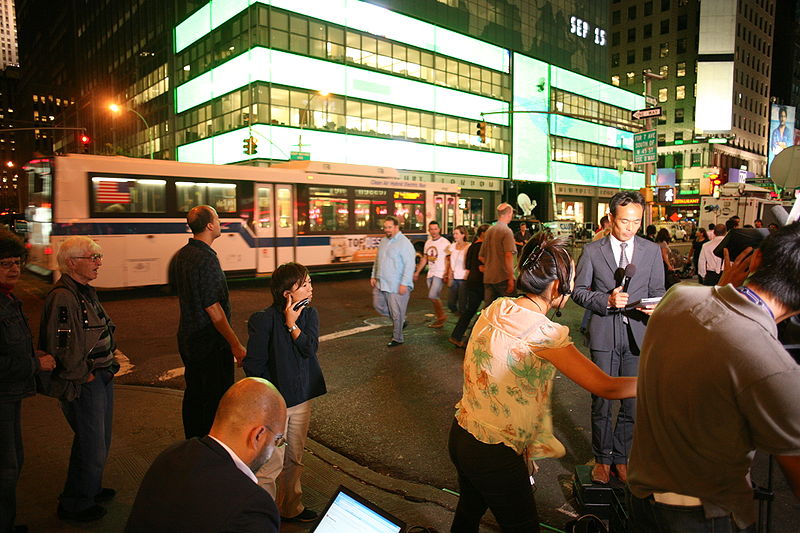 The apologists of capitalism were thrown into utter confusion by the 2008 crash / image: Robert Scoble

Today, 10 years after this massive slump, we are still paying for the crisis.

The 2008 crash ushered in an epoch of austerity, as politicians the world over (and of all political creeds and colours) sought to pay off the debts incurred in bailing out the banks.

Austerity was supposed to last a few years, we were told. Then five years became 10. Now it has become permanent.

One decade on, what has been the outcome? Despite years of cuts and attacks on living standards, debts are still sky high; investment and productivity have stalled and the economy remains stuck in a quagmire.

The bosses have gone on the offensive, attacking pay and conditions as they seek to boost their profits. Wages in Britain have fallen every year in real terms since 2008 and are still falling. Britain has suffered the worst cut in real wages of any country except Mexico and Greece. The working class is having to pay for a crisis that it did not cause.

In the UK, millions of children live in poverty, up by one million since 2010. The numbers reliant on food banks are growing. In areas where the hated universal credit scheme has been rolled out, food bank use has risen by 52 percent. Disgracefully, the government has denied any link between austerity and the rise of food banks.

Elsewhere, the Joseph Rowntree Foundation has found that last year 1.5m people fell into destitution at some point – just over one in 50 people – with the highest levels in Manchester, Liverpool and Middlesbrough.

The 2008 slump was caused by a crisis of overproduction, as predicted by Marx and Engels in the Communist Manifesto.

“In these crises, there breaks out an epidemic that, in all earlier epochs, would have seemed an absurdity — the epidemic of overproduction. Society suddenly finds itself put back into a state of momentary barbarism; it appears as if a famine, a universal war of devastation, had cut off the supply of every means of subsistence; industry and commerce seem to be destroyed.”

Capitalism as a system has reached its limits. Its productive capacity has outstripped the limits of the market. For a whole period, the capitalists tried to expand credit to push the market artificially beyond its limits. But this only made the crisis worse further down the line.

The so-called recovery during the recent period has been the weakest in history. In any case, for the masses there does not seem to have been any recovery at all. On the contrary, things are getting worse. The only jobs on offer are low-paid, low-skilled jobs.

The bosses, rather than investing in production, are relying on cheap labour. That is why productivity is so low. Yet the stock market is booming, completely divorced from reality.

Wall Street has registered its longest bull market in postwar history. Others have remarked that it is a “bullshit” market. The rises on the stock exchange have nothing to do with the real economy, but are the result of piles of cheap money sloshing about in the system. Despite booming stock markets, which are like froth on the ocean waves, the real economy is heading downwards.

The economic “recovery” has exhausted itself. A new world slump looms. “Warning lights are flashing,” stated the Financial Times recently: “Analysis of past data indicates that demand needs to pick up to sustain current output and employment growth in coming months. Yet the risks seem tilted to the downside,” said Chris Williamson, chief business economist at IHS Markit. (FT, 24/8/18)

But demand is being depressed as wages are cut. The market for business’ goods is shrinking. And with a reduced market, investment is being cut.

Mr Williamson said that political worries, price rises and a slowdown in the growth of order books were all to blame. On top of that, fears over a global trade war – reinforced by stalling exports – were weighing particularly heavily on manufacturers. 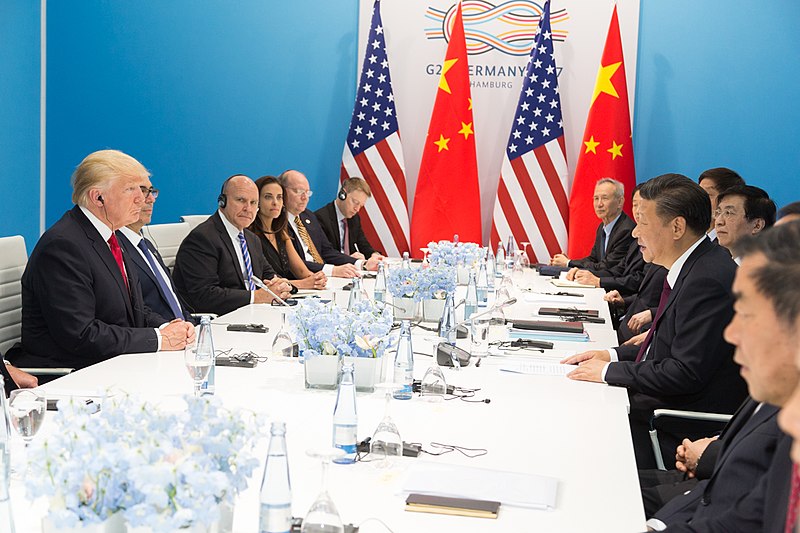 The escalating trade tensions between the United States and China could easily develop into a full-blown trade war / Image: the White House

The escalating trade tensions between the United States and China could easily develop into a full-blown trade war. The US has threatened to impose another $200bn in tariffs of up to 25 percent on a number of commodities, including steel and aluminium.

This could throw the world economy into another depression. After all, it was not the 1929-31 crash that caused the Great Depression, but the protectionist measures that were introduced in response.

In addition, the economic crisis affecting Turkey and Argentina is causing reverberations in other so-called emerging markets. What terrifies the capitalist class is contagion.

The minutes of the last meeting of the Federal Reserve revealed fears over how effective their tools would be if a major recession were to strike. In effect, with debt levels already sky-high (and growing), they have used up their ammunition, leaving them extremely exposed to the next slump. This is not unique to the US, but is the case everywhere.

A new world slump is inevitable. The timing is impossible to predict. But it cannot be far away, and anything could set it off.

What we have experienced to date in regard to austerity and attacks will be nothing compared to what is to come.

Tinkering with the system is no alternative. It is precisely the capitalist system that is at fault, driven by greed and the maximisation of profit.

The crisis today is a world crisis. Governments everywhere are carrying through austerity and attacks on the working class in one form or another. Capitalism can no longer afford the reforms of the past. Those days are long gone. The relentless assault on living standards has become the new normal.