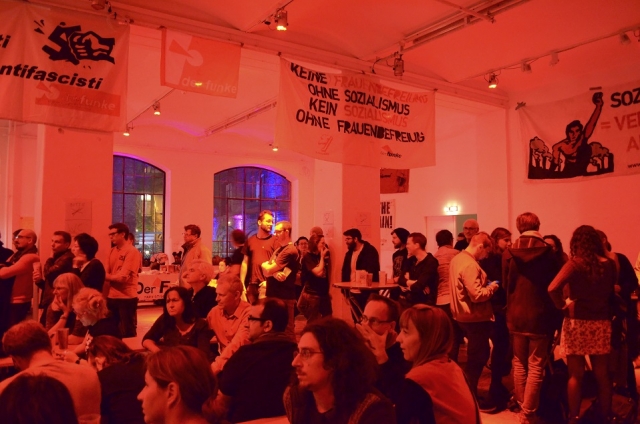 On Saturday 28 October, as part of a year-long campaign to defend the ideas and memory of the October Revolution, the Marxists of Der Funke invited their supporters and the general public to take part in a major event, under the title “Join the Party”.

All year the comrades have published a centrefold in their paper on the events and lessons of the year 1917. They also, for the first time, published Lenin and Trotsky: what they really stood for by Ted Grant and Alan Woods in German. Furthermore, they republished “From October to Brest-Litovsk” by Leon Trotsky in collaboration with the Swiss section of the International Marxist Tendency. 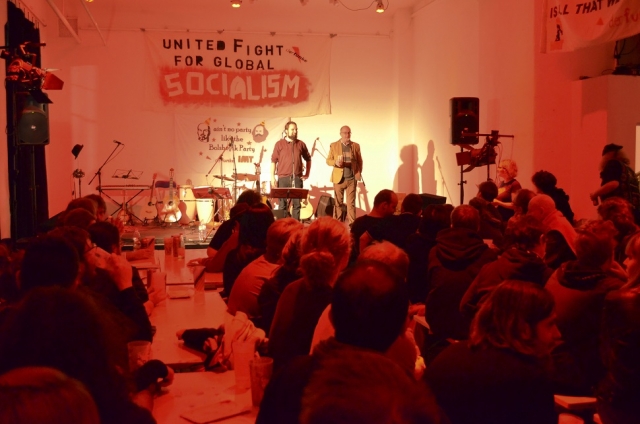 Rob Sewell at Join the Party / Image: own work

The comrades have held study circles and public meetings around these publications throughout the year.

Starting with 1 May the comrades started a public campaign to announce and popularise “Join the Party”. This included a regular announcement in the paper, and the distribution of thousands of flyers, alongside their regular material, at schools and universities.

Starting with the Communist Party festival in early September, a two month postering campaign began. In total 4000 posters were plastered across Vienna. In other cities and towns comrades hit the streets and educational centres to announce this important commemoration of Red October.

This event will be followed by local meetings in Feldkirch/Vorarlberg and Graz on 4 and 11 November. These activities and efforts had the clear effect of presenting the International Marxist Tendency as inheritors of the traditions, ideas, programme and methods of the October Revolution.

The central celebration in Vienna to commemorate the centenary of the October Russian Revolution was addressed by Rob Sewell, editor of Socialist Appeal. The audience of 140 listened to his speech about the relevance of the revolution for today. 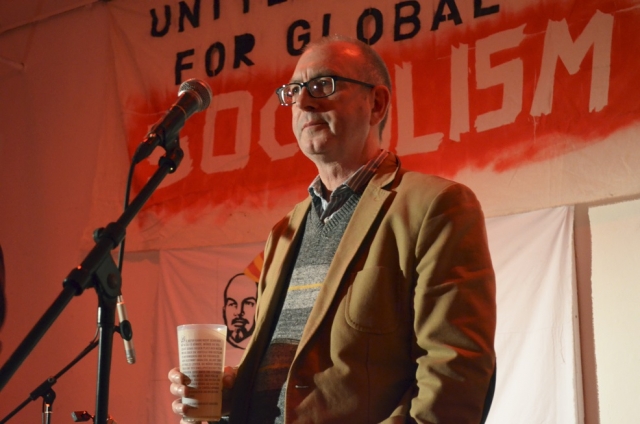 "The October Revolution, for the first time in history, put the working class in power. It demonstrated that society could be run without capitalists, bankers and landlords. That is why the bourgeoisie hate it with a vengeance", explained Rob.

There has been a cacophony of distortions and lies told about October, especially today. Lenin is routinely accused of being a German agent and there are claims that the revolution was a coup. These are all lies.

Rob explained the real pro-German agents were the Russian bourgeoisie, who wanted the Kaiser's armies to depose the Bolsheviks and restore their rule. If the October Revolution was a coup by a small minority, how could the Soviet government mobilise millions to defeat the 21 armies of foreign intervention?

The Soviet government, whose programme was for bread, land and peace, had the overwhelming support of the population.

"A further lie put around was that the revolution was bloody and violent. In fact the opposite was the case," explained Rob. "The real bloodshed came with the imperialist-inspired civil war, led by reactionary generals and backed by the capitalist intervention." The idea that democracy would have flourished if the Soviets had not taken power was absolute nonsense. As General Kornilov showed, defeat for the Bolsheviks would have resulted in fascist dictatorship. 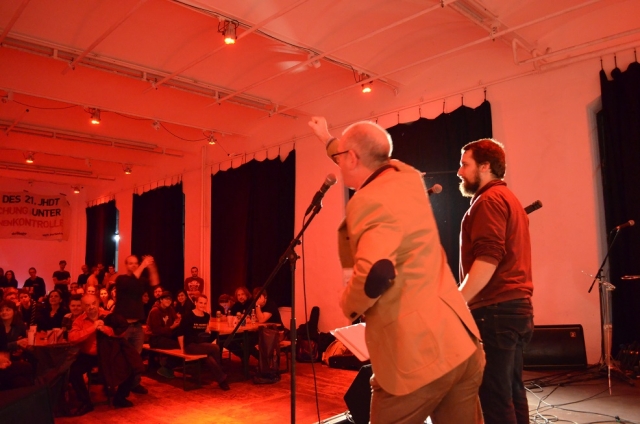 "The key to the success of the revolution was the existence of the Bolshevik Party and the leadership of Lenin and Trotsky," stated Rob. "The reason why revolutions failed in Germany and elsewhere was the lack of a revolutionary party."

To general applause, Rob said that this revolutionary party is what we must build today. That was why we are building the IMT. The best way to celebrate the legacy of October is to prepare for the Austrian Revolution as a part of the European and World revolution. 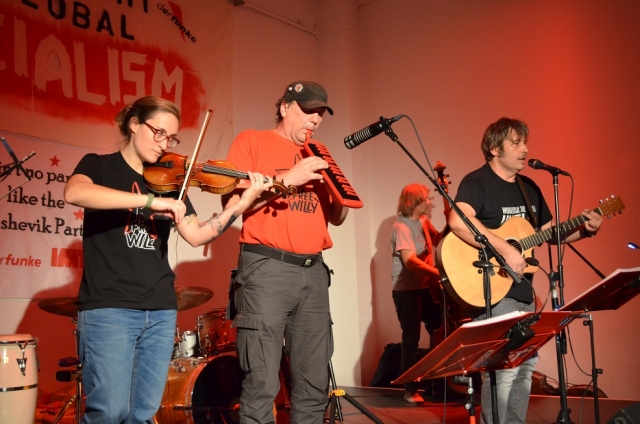 The hall filled with more than 250 people attending enthusiastic celebrations to round off the day, with live music provided by the well-recognised workers-song groups “KV Willy”, “Tini Trampler” and the militant rapper Lev Bro.

With food and drinks provided to all, the party went on throughout the night and into the early hours. Long live the Russian Revolution! 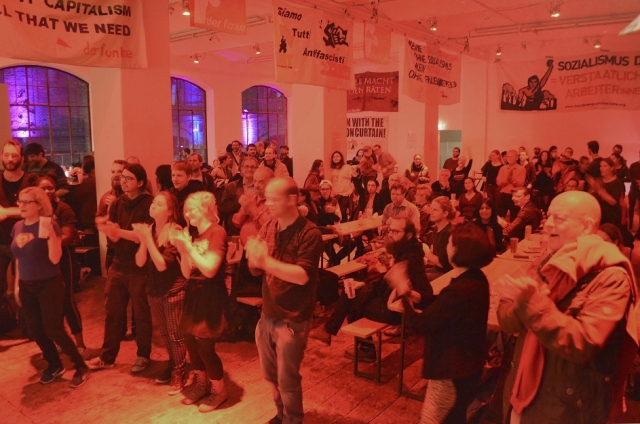 Large crowd at Join the Party / Image: own work