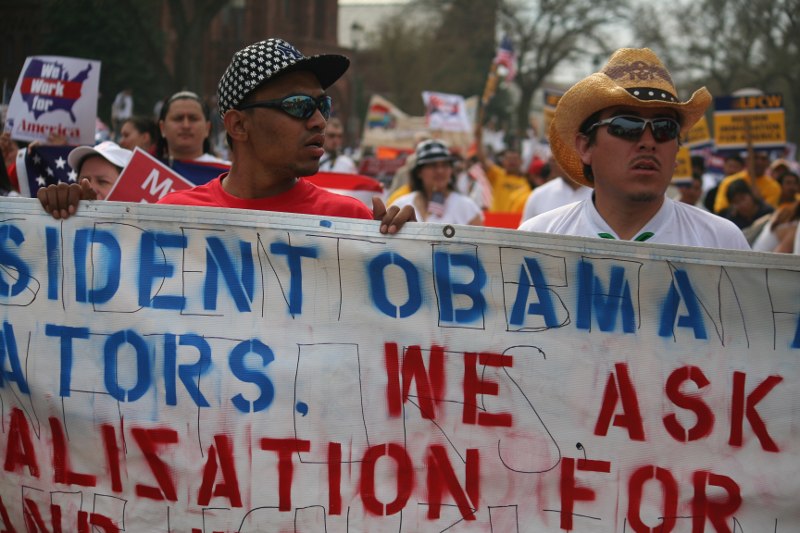 At the forefront of the workers’ movement in the last few years have been undocumented immigrants, most of them from Latin America. In the Spring of 2006, they poured onto the streets by the millions, as decades of discrimination and exploitation boiled to the surface. The traditional non-profits, labor leaders, and “progressives” in general were unable to control the movement when it first erupted. Lacking confidence in or an understanding of how the working class moves, they were taken completely by surprise. 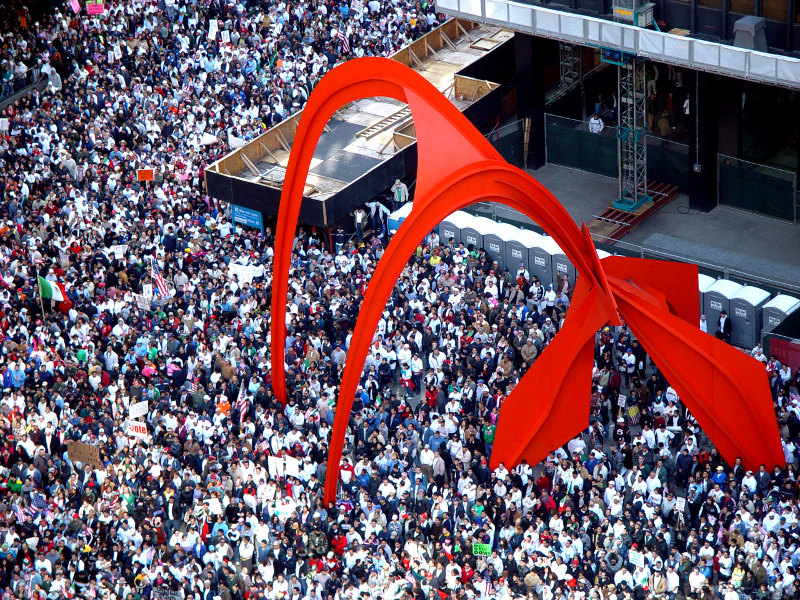 For a few months, the future of the movement was up in the air, with a militant tone being set by community assemblies, workplace committees and those further on the left. But the lack of a clear program and a bold and coordinated national leadership left the movement atomized and susceptible to being dragged into that graveyard of progressive movements: the Democratic Party and their allies in the world of non-profits.

For the last two years, the movement has been at a low ebb, battered by the economic crisis and terrorized by the state. Raids and deportations are up by 5% under Obama, although two-thirds of those involved had no criminal record. This aggressive harassment and skyrocketing unemployment have knocked the wind out of the movement and sent over a million immigrants packing. But nothing fundamental has changed, and with things worse than ever here and in their countries of origin, there is no alternative but to fight at a certain stage. 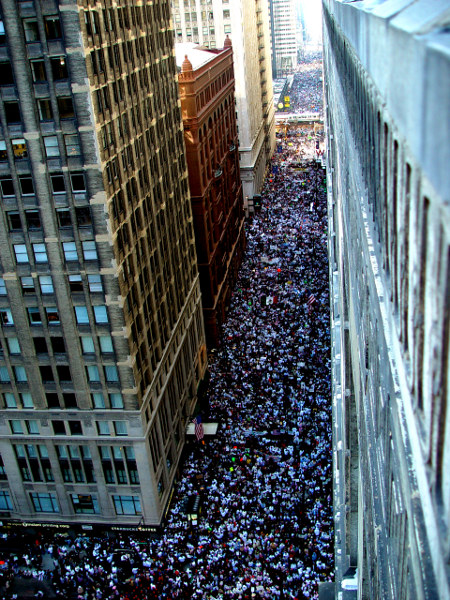 Many expected Obama to make immigration “reform” one of his first-year priorities. But he got bogged down in health care reform and so far, despite a thousands-strong demonstration organized in late March by one of the major immigrant rights non-profits, immigration reform is not on the public radar. But it is quite possible that it will be put squarely on the national agenda in the next year or so. The framework for the debate will likely be a pair of proposals already introduced in Congress.

It is a classic example of “lesser evilism” when it comes to legislation coming out of the two Big Business parties. One bill is much more onerous in its terms, while the other seems to be more of a “compromise.” However, none of the proposals come anywhere near meeting the movement’s demand for immediate and unconditional legalization – amnesty – for all.

Statements by Homeland Security Secretary Janet Napolitano and the legislation introduced by Illinois congressman Luis Gutierrez shows that in all fundamental aspects, the Obama approach is incredibly similar to what G.W. Bush proposed. It is largely an “enforcement first” approach, combined with corporate guest worker programs, fines, and continued raids and deportations. Gutierrez’ proposal calls for increased security on the border and an E-Verify system in the workplace. His proposal for an employment-based visa system is essentially the same old guest worker program under a new name. Like previous bills, there would be a “path to citizenship,” which means fines, fees, long waits, disqualifications, and other hoops to jump through. And of course, nothing would be done to address the economic and social crisis in Latin America which forces immigration in the first place.

However, the Gutierrez bill does include much that will appeal to immigrant workers desperate for any kind of relief. There is at least some form of legalization, albeit with fines and penalties, for millions of immigrants already in the country, and even the work visas are appealing to many at this juncture. Entire regions of Latin America depend on remittances from relatives in the U.S., and with the crisis, any guarantee of work is welcome. We must also keep in mind that while the Democrats and non-profits were taken by surprise the last time around, this time they are expecting and prepared for the mobilizations, and in a much better position to control them.

They may even organize and call for mass mobilizations themselves, as a way of staying at the head of the movement, appearing to give a lead, and to let off accumulated steam. However, while we may understand that this legislation is no real solution, and includes many of the worst aspects of the Republican proposals, for millions of desperate immigrant workers, and in the absence of a strong and coordinated response from the labor movement and those fighting for amnesty, there will be a mood among many to support this “lesser evil.” Already, many activists are calling for an “incrementalist” approach to win this or that immediate demand, leaving the key demand of “amnesty for all” to some undetermined point in the future. 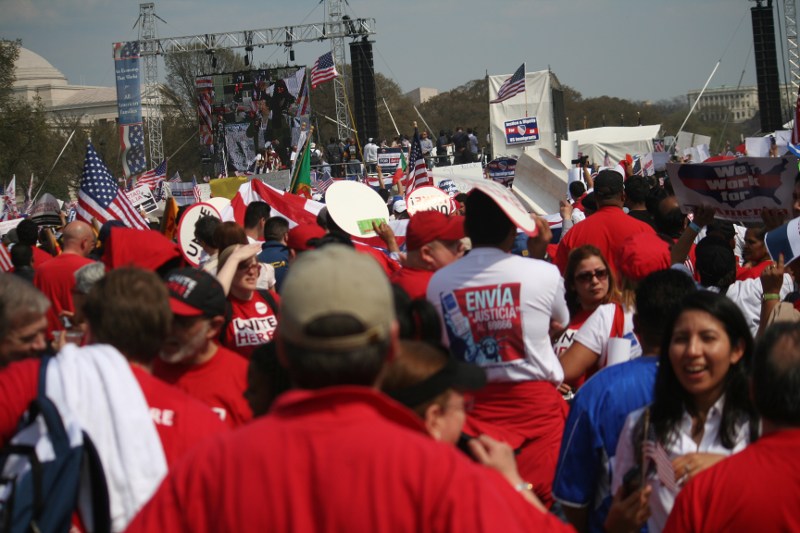 Immigrant rights demonstration in March 2010. Photo by mar is sea y. We must be skillful in how we relate to the legislation being proposed, and above all, to the masses being cynically mobilized in favor of it. Without raising any illusions in the Gutierrez or similar bills, we must welcome the fact that the question of immigration has been put on the agenda, and while pointing out and implacably opposing the negative sides of such proposals, make positive demands for a bill that effectively grants immediate and unconditional legalization for all. Now, more than ever, we need ideological clarity and open, comradely debate, in preparation for the tremendous battles that impend. Concretely, this means defending the need for class independence and orienting the movement to the rank and file of the labor movement.