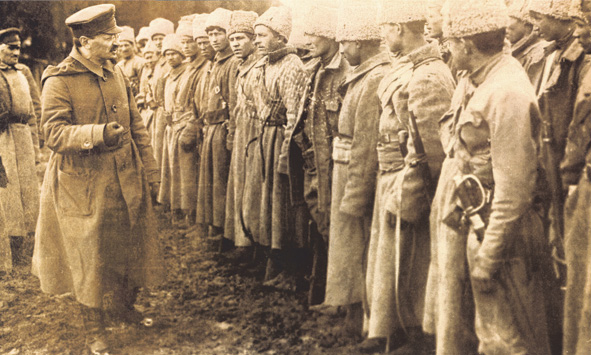 The issue of “morality” and “morals” is often used by critics of the Russian Revolution and supporters of capitalism to smear the historical significance of the Bolsheviks and tar the idea of socialism altogether. Leon Trotsky answered these critics in his pamphlet “Their Morals and Ours”, written in 1938. In this article, we look at Trotsky’s pamphlet and his analysis of “morality”.

In his famous polemic on the nature of morality and its place in human society, Trotsky argues that morality is relative to each society, to each epoch, and is above all, relative to the interests of the different social classes. True morality should defend the interests of humanity itself, represented by the working class, and cannot be an absolute idea. Each situation must be analysed on its own merit. For example, if violence is used by a group as a way to defend the interests of the masses as a whole and wave the flag for the greater good then it is justifiable.

In bourgeois democratic countries the interests of the ruling class are masked under an ideal morality, often stemming from religious teachings, in conformity with the well understood interests of the bourgeoisie. They claim that morality is an eternal and absolute ideal, whereas Trotsky argues that the only true morality comes in the form of the representation of the 'true proletariat'. Trotsky frames his argument under four sub-headings: Historical materialist conception of morality; Leninism versus Stalinism; the 'Ends and Means' argument; and Revolutionary morality.

Firstly, Trotsky takes issue with bourgeois governments and political parties, who he proposes, invoke morality as the driving force and justification for their policies and priorities. These attempts to claim the moral high ground rely heavily on a 'timeless' set of norms that rise above specific conditions. In reality, however, social definitions of what it is to be 'moral' or 'immoral' are always ideological battles that reflect the class struggle in society and have nothing to do with this abstract idea of 'morality' itself. Trotsky uses dialectical materialism, the cornerstone of Marxism, to make sense of this abstract idea. He concretely identifies and explains the notions and the historical context in which the pamphlet was written.

Society was intensely polarized in the 1930s. There were fierce battles between the competing and conflicting ideologies of Stalinism, Western 'liberal' reformist ideologies, and the fascist movements in Germany, Italy, and Spain. Conflicting interests meant that there could not be one universal idea of 'good' and 'bad'. The years 1938-39 were a dark moment for the workers' movement. Hitler was coming into his own and holding on to power tightly in Germany; Franco's fascism had consolidated its grip in Spain; and Stalin was disgracing the word 'socialism' having systematically exterminated the leadership of the Russian revolution. The world was about to be plunged into the imperialist blood bath of WWII, and under such conditions, reformists, centrists and petty bourgeois radicals raised their 'moral' arguments against the Marxist method of Trotsky and others in the Fourth International.

Trotsky completed his pamphlet in early 1938 as the last of the Moscow trials were being held. In fact, the pamphlet itself is dedicated to Trotsky's son who was murdered on the orders of Stalin. In the context of an increasingly global wave of reaction, there was also a global shift to the right amongst many on the broader left, due to disillusionment. Trotsky called this shift the 'triumphant reaction' as the dream of socialism had degenerated into the authoritarian nightmare of Stalinism. This shift was and still is satisfactory for the critics of Marxism. One of the most common paths for former socialists, in the process of rejecting Marxism and the class struggle, is to turn to favour 'morality' and the 'elixir' of educating the masses in the 'universal values' of humanity and the shackles of religion.

The goal of Trotsky's pamphlet is to argue for a materialist approach to the questions of morality – cutting loose Marxism from the holds of the brutal rigidity of Stalinism and the liberal theorizing of erstwhile revolutionaries turned reformists. Trotsky tackles the arguments often made by liberals and the former supporters of the Russian Revolution, who claim that the politics of the Bolshevik party were no different to those of Stalinism and thus led to the same immorality and the same crimes.

Trotsky concentrates and puts emphasis on the class content of his opponents' arguments. Those who abandoned revolutionary politics argued against the 'amoralism' of the idea of the 'ends justifying the means' rhetoric and turned to criticise Trotsky's own character. Reformists have argued that this so-called amoralism inevitably led to an atmosphere of brutality, murder and deceit. Trotsky's central contention is that the maintenance of class inequality depends precisely on the acceptance of these social norms. He argues that capitalism could never endure without the cement of abstract 'morality' and demonstrates the superiority of dialectics over so-called 'common sense'.

Trotsky's primary argument is that there are no politics or ideas that are timeless, or which exist outside of the social context of which they have emerged. This is his historical materialist conception of morality. The 'common sense' notions of morality and immorality are completely defined by the state and structure of a particular society, and in particular by the interests of the dominant class – that is why in some societies it is not okay to kill innocent people or to suppress women, children, and those on the social peripheries, but it may be acceptable somewhere else. There is no 'universal' law or finite idea of bad and good, just the unexplained and the accepted.

To see morality as somehow fixed in time, as an eternal and unchanging concept does not take into account the fact that different societies have defined morality in different ways. For example, religions often portray their rules as having always existed since the beginning of time; but religion has also had to adjust to changing social conditions. Once upon a time certain sects of Christianity condoned slavery and found justification for it in the Bible itself. Today, slavery is seen as absolutely abhorrent and immoral. Trotsky lays an argument for why it is useful for ruling class institutions in particular to present morality as a universal and unchanging concept – that way they are able to retain power by manipulating unshakeable religions and/or moral beliefs.

Trotsky argues that a historical materialist method is needed when examining definitions of morality. The very attempt to present moral concepts as ahistoric is rooted in the need to obscure the social, or class relations of society itself. Morality has a class character and it plays a crucial ideological role for those in power. The ruling class not only needs to justify its own behaviour (repression, war, and exploitation of the working classes) as reflecting timeless norms that cannot and should not be questioned; and it must also use those same established norms to convince the oppressed not to rebel. Trotsky identifies the USA as a key example of such hypocritical behaviour:

“To appeal to abstract norms is not a disinterested philosophic mistake but a necessary element in the mechanics of class deception.”

During the 1930s, the revolutionary morality of Trotsky and the bureaucratic politics of Stalinism were categorised as one and the same by the critics of the Russian Revolution. Trotsky, however, explained that Stalinism is “an immense bureaucratic reaction against the proletarian dictatorship in a backward and isolated country... Stalinism re-established the most offensive forms of privilege, imbued inequality with a provocative character, strangled mass self-activity under police absolutism, transformed administration into monopoly of the Kremlin oligarchy and regenerated the fetishism of power in the forms that absolute monarchy dared not dream of.” Trotsky does not just claim that Stalinism and Bolshevism are diametrically opposed, but also that Stalinism itself was rooted in the material conditions of Russia. These conditions had been created by Russia's historical economic backwardness and its isolation. Trotsky reviled the 'moral gangrene of Soviet bureaucracy'.

One of the most frequent points of attack for the critics of Marxism is the idea that Marxists believe that ‘the ends justify the means’. Opponents of Marxism argue that this 'proves' that Marxists are driven solely by the quest for power and are willing to perform all manner of atrocities along the way. In fact, it is the ruling classes that live by the negative implications of this doctrine, which is absolutely vital to the triumph of capitalism.

Trotsky argues that actions must be judged in the overall concrete, material, and historical context in which they take place. In the passages relating to this and the notion of common sense, Trotsky's dialectics and revolutionary honesty are on full display. Because revolutionary morality is connected to society and the struggle to change it, Trotsky also argues against the ‘anything goes’ concept of the ends justifying the means and the question of morality. He argues for a revolutionary morality.

The task for revolutionaries is to figure out the guide posts for making these decisions. Revolutionaries must firmly reject 'official morality' and fuse a dynamic understanding of the ends and means theory with the concrete situations that they confront. In other words, the central core of Marxism – the working class and its self-emancipation – is the starting point for Marxist morality. Trotsky encourages revolutionaries to construct their own definitions of morality using dialectics, independent of the thoughts and teachings of the ruling classes.