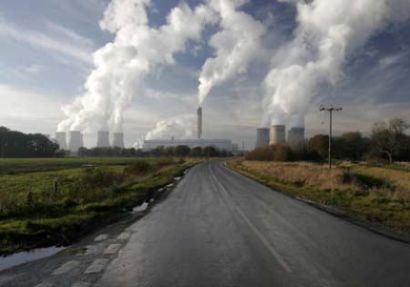 At a recent meeting of a local Labour Party Branch in Worcester, Britain, a slick high tech presentation was given by a group called Transition Worcester, who said they had the answer to the environmental crisis. It is to turn the clock back 200 years to a mythical age where all trade was local and people enjoyed the benefit of locally grown meat, fruit & veg. Within this presentation were ideas such as we should no longer trade with developing countries and we should therefore export our unemployment to the third world.

It is laughable to see how out of touch with reality these people are. 200 years ago, Britain was in grip of the vast expanding industrial revolution which was polluting the air and the water; where ordinary workers could not afford the fresh locally grown produce and trade was becoming more international, for example with cotton goods from Britain being transported all over the world. These “good life“ merchants want us to have a low input, low energy agricultural system, but seem to forget that even at the height of the “Dig for Victory” campaign in the Second World War Britain still imported vast amounts of food and yet still had food rationing for a population a lot smaller than today. It may well be feasible for Britain to be self sufficient in food, but only by taking hold of the huge tracts of waste land currently left idle by their private owners and turning them to productive use would this idea even approach being possible over time.

But what is frightening, if not surprising, is that this attitude of environmental protectionism is gaining ground amongst some intellectuals. The development of ideas raised by Transitional Communities groups are spreading across Britain in small rural market towns. Local bartering exchange notes are becoming an alternative currency. These people want to pull up the drawbridge and live in isolation from the rest of the country. When questioned about how low paid workers can afford the cost of food under their system, the answer is “tough.”

The alternatives are shortage or socialism. These individuals would rather see starvation than challenge the chaotic capitalist system that has created the environmental disasters we see today. In their presentation there was no suggestion of a planned socialist economy being put forward to harness alternative natural clean energy supplies. The idea that the curtailment of trade would be beneficial is idiotic; it would have the opposite effect by throwing huge numbers of transport & distribution workers on to the scrapheap without any alternative employment.

Labour should discuss how to save the environment but without a socialist perspective it is just adding to the CO2. The crisis facing our planet can only be really addressed by replacing the capitalist system, which acts solely for profit and self-interest, wastes resources, cares nothing for the environment and acts for current gain rather than thinking about the future. Under socialism the resources that are the key to stopping climate change, providing energy supply, transport, and food production, would be nationalised under workers’ control and management. Then we could efficiently organise and plan to provide for peoples' needs whilst ensuring that the environment is protected and the damage caused by decades of ruthless exploitation is repaired for the generations who will come after us. The huge wastage and chaos which marks a system which produces for profit not need could become a thing of the past.

However that is not enough. Unlike the parochial “green wellie brigade,” who look inwards to the parish pump for their answers, we have to look internationally for the solutions to climate change. We cannot feed 60 million citizens, nor can we supply renewable energy for the whole country using just wind turbines, etc. on our own land and shoreline. Part of the struggle for socialism internationally is to make the resources of the world available to all so that we can all benefit each other.

Do not be hooked in by capitalist solutions. Socialists have grave concerns about carbon taxes, however well meaning they are. They would be regressive, hitting the poorest hardest and would in truth have little practical effect. Trading carbon is just another way of exporting our environmental problems to the developing world and hindering their growth and development. It is environmental Imperialism! Capitalism operates a system for the short-term profit. The anarchy of capitalism must be replaced by the planned economy of socialism, under democratic workers’ control.