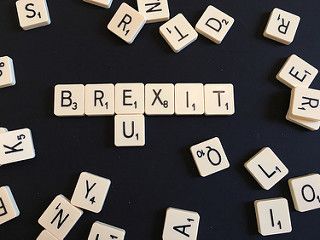 The past couple of weeks have seen an intensification of the civil war inside the Tory Party, as rabid reactionary Eurosceptic MPs savage their pro-EU colleagues. Daniel Morley looks at the nationalist delusions of the Brexit camp in the Tories and UKIP, and highlights the limitations of the arguments of left-wing Leave campaigners.

[ For an analysis and critique of the left-wing pro-EU campaign, please read Josh Holroyd's article on The Myth of Social Europe.]

The Brexit camp ranges from the overtly reactionary UKIP and Tory right, to sections of the Left and trade union movement in the UK. It is a cross-class ‘coalition’, dominated by the little-Englander nationalists on the right of British politics. But all the groups within this camp are united by chauvinist delusions that will be rapidly exposed should the UK vote to leave the EU.

The leading sections of the British ruling class know too well which side their bread is buttered on to be in favour of anything but remaining in the EU. There is no serious debate - the interests of British capitalism favour staying in the EU. But a layer of capitalists, generally of the pettier variety, are leading the campaign to leave the EU.

Their arguments are extremely weak; and their heads are addled with visions of nationalist utopia. The pro-business case for leaving centres around two related arguments: that EU legislation and regulation represent both an undemocratic imposition onto British freedom, and a suffocating restriction on economic growth, creativity and freedom. They argue that by leaving, Britain would be free of this bureaucracy and our economy would go from strength to strength; indeed the whole nation would enjoy a sort of national rebirth and flourishing.

This argument is patently false. The reality is that the decisive part of British trade and exports go the the European single market, and that leaving the EU would be nothing short of a disaster for big business, and British capitalism in general. It would not extend its freedom, but dramatically curtail it. Such politicians claim this does not matter; Britain - they say - could, just like Norway, negotiate a similar, nay better, trade deal with the EU than we currently have.

This is so false as to be equivalent to a conscious lie. Norway does have a similar trade relationship to the EU that other EU countries have, but to have this it is required to pass EU laws and regulations into Norwegian law, every single year. Norway has found itself obliged to pass three-quarters of all EU laws and all its regulations. It also pays 90% per capita of what the UK does to secure access to the market.

The minute Britain leaves the EU, its ruling class will embark on a scramble to establish more or less the same trade relations with the EU that it currently has. This would involve the same fees, and in fact an even worse ‘subservience’ to EU bureaucracy, since like Norway it will have to agree to comply with its regulations, only this time without any influence on the drafting of that legislation.

Furthermore, it is a myth that British business is a victim of EU legislation and regulation. Actually, British governments have proposed a disproportionate amount of EU regulation, just as it has opposed EU tariffs on cheap Chinese steel. The British capitalists have already won for themselves, through struggle against their own working class, one of the most deregulated and ‘flexible’ labour markets in the advanced capitalist world, despite being in the EU. As Marxists, we of course oppose vehemently such ‘deregulation’ in the interests of the bourgeoisie.

Dictatorship of the bankers

The Tory minister Michael Gove, a bona-fide enthusiast for all things reactionary and a man whose delusions about British greatness belong in the same genre as Tolkein, says in The Spectator that whilst in the EU “We cannot remove VAT, cannot support an ailing steel plant, cannot build houses where they’re needed, and we cannot deport all the individuals who shouldn’t be here!"

As if the Tories are progressive and faithful representatives of the British people, who just happen to be victims of reactionary EU politics!

But the Tories themselves voluntarily introduced VAT and are big fans of it as a regressive tax that hits the poor harder. The Tories led EU opposition to tariffs aimed at protecting the steel industry and generally presided over the destruction of British industry. The Tories quite voluntarily and deliberately introduced the Right to Buy legislation, which single handedly has done more to destroy affordable housing and house building than any other policy.

There is no real national sovereignty under capitalism; all the decisive questions are determined by the market and its monopolies, of which the Tories are faithful representatives.

The weakness of British capitalism

That such an ignoble mission to preserve trade with the EU will be launched by our capitalists is certain; what is less certain is that they will score a success in this mission. The EU’s real masters (the German ruling class) will need to make an example out of Britain, to teach any other countries considering leaving the tender embraces of Merkel and Schäuble that there is no easy, painless path to doing so. They will strike a very hard bargain indeed, possibly humiliating Britain as they did on ‘Black Wednesday’ in 1992.

Michael Gove asks “are we really too small, too weak and too powerless to make a success of self rule?” In light of the tragic loss of the British steel industry, the brutally honest answer is, yes, Michael, we are. In modern, senile capitalism, all countries are subordinate to the world market and its gigantic monopolies. But British capitalism is more senile than the rest. No other country has experienced the same scale of deindustrialisation. British capitalists are not fit to compete alone on the world market, as Port Talbot’s closure has proven. By cutting itself adrift of the world’s biggest market, it would lose not only that market but a great deal of influence and strength in the world market in general.

John Longworth, a leading representative of the SMEs that favour Brexit, complains in The Guardian that British big business, overwhelmingly in favour of staying in the EU, does not have the best interests of Britain at heart. “They are...not particularly concerned about the future of the people of Britain or the wider business community”.

But that just describes the capitalist class in general, and is an inescapable feature of capitalism. Those big businesses won’t stop being like that if Britain leaves, unless of course they do pack up and leave for another country - hardly a success for British capitalism as a whole. The notion that British capitalism will be more successful if based exclusively on small business and not the giant monopolies who control this system is laughable.

The left proponents of Brexit make a very correct criticism of the EU. The RMT and the Morning Star quite rightly point out that the EU is, as they call it, a ‘neoliberal institution’ which legislates against nationalisation and stronger workers’ rights. This has been exposed particularly graphically with Greece.

However, there is a weakness with this argument stemming from what is a reformist illusion. The clue lies in the labelling of the EU as ‘neoliberal’. The use of that word implies that austerity and privatisation are not organically part of capitalism and the ruling class, but are merely the errors of a bad ideology which the EU embodies. But this is wrong - the EU subscribes to ‘neoliberalism’ because the EU is nothing but a tool of the dominant European capitalists, for whom austerity and privatisation are essential policies of their economic system. Naturally for these reasons Marxists must oppose the EU, but for the very same reason we also oppose the British state, equally a tool of capitalism.

The Morning Star writes that the NHS is being dismantled and privatised thanks to the EU, which opposes nationalised monopolies. The RMT argues that we must leave the EU because it attacks workers’ rights. They say that leaving the EU would help to end austerity, which they identify with the EU regime.

Yes, the EU is pro-austerity, but can anyone seriously maintain that the British state, and the Tory party, are somehow less pro-capitalist and pro-austerity? How did the EU get so ‘neoliberal’ anyway? Is it not because its leading member states are capitalist institutions themselves? Indeed, the British state is and always has been a leading force in the ‘liberalisation’ of the EU, i.e. in ensuring it is a tool of the dominant capitalist interests.

No the bosses’ EU! No to austerity Britain!

The concrete manner in which Britain will vote to leave in this referendum, led as it is by the reactionary, nationalist political forces of UKIP and the Tory right, and dominated by their anti-immigrant politics, will in no way create an atmosphere for winning nationalisations and more workers’ rights.

The only way to create the conditions for victories of the workers’ movement in Britain is through fighting for a socialist alternative and explaining that capitalism, be it inside or outside the EU, is the cause of privatisation, deregulation and austerity.

The real alternative to the EU’s bureaucracy and austerity is the unity of European workers in the struggle for socialism and against capitalism, and ultimately the Socialist United States of Europe.