United States
Share
Tweet
The much ballyhooed movie There Will Be Blood is supposedly based upon Upton Sinclair’s 1927 novel Oil!, but it surely miscasts Sinclair’s focus and technique. The movie limits itself to a study of a manic, ruthless oil prospector, more a personality study, but the novel is a much wider socialist attack on corporate power and labor suppression, top-to-bottom government corruption, and corporate control of war, universities, and Hollywood . The social and economic concerns read just like the present even though it is set in the World War I and 1920s era, mostly in the early California oil fields.

The much ballyhooed movie There Will Be Blood is supposedly based upon Upton Sinclair’s 1927 novel Oil!, but it surely miscasts Sinclair’s focus and technique. The movie limits itself to a study of a manic, ruthless oil prospector, more a personality study, but the novel is a much wider socialist attack on corporate power and labor suppression, top-to-bottom government corruption, and corporate control of war, universities, and Hollywood . The social and economic concerns read just like the present even though it is set in the World War I and 1920s era, mostly in the early California oil fields. 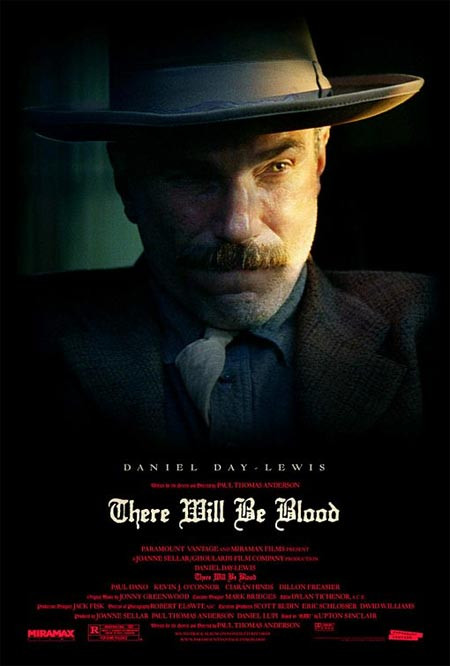 What makes the story work well is that it is told through the naïve perspective of the rich oil entrepreneur’s son, Bunny, who is only thirteen in the beginning. We watch his gradually loosening trust in his father and the system as he becomes aware of working class Americans’ struggles and exploitation. Bunny’s early friendship with Paul, a working class kid, acquaints him more and more with the how poorly the other half is faring in contrast to Bunny’s easy life of wealth and influence, especially when Paul becomes a union organizer at the California job site of J. Arnold Ross, Bunny’s father.

Bunny struggles with his loyalty to his father, a comparatively fair employer, who becomes a lesson in how limited the personal benevolence of a boss is for employees trapped by the forces of a labor market. “Dad,” who is much more interesting than the There Will Be Blood oil man, temporizes with his liberal son’s arguments, but in the end employs the harsh measures the other corporations do. Bunny can sometimes bail out his labor friends, but the story details the post-war suppression of labor and radicals after this “war to make the world safe for democracy,” revealing how in league business and government are in jailing and beating up union activists.

Sinclair doesn’t condemn the exploiters directly, but allows the reader to discover through an ironic tone the truth: “To the oil operators it seemed most unpatriotic on the part of the workers, to demand the eight hour day and an increase in wages at this crisis.” Or on the war: “The President was making speeches – wonderful, glowing, eloquent speeches. There was a race of evil men . . . who threaten civilization . . . and democratic America.” All too redolent of our recent propaganda.

This also matches Bunny’s often bewildered view of the situation, caught between loyalty to his father and Paul’s friends. Readers may recall that Sinclair used this same naïve presentation with Jurgis Rudkus in his more famous The Jungle. Oil!, however, shows a much more conflicted view of socialism, as Sinclair accurately presents the quarrelsome, divisive struggles within the left in this period.

Paul, the decent poor friend, is used to characterize a sweep of events. Paul uprightly refuses Dad’s offer of an exemption from the draft, while Bunny fails to realize that Dad’s influence keeps him out of the military. Paul’s unit is used in the allied intervention in Russia to put down the Soviet revolution, which further shows him that the ruling classes of the various countries are combining to stifle the workers worldwide. Bunny has trouble absorbing Paul’s discovery, partly because he has been cavorting in the favored life of the rich. Paul ends up brutalized in jail and unable to pull together an effective labor movement. The movement itself is weakened by the continual ideological and tactical disputes that characterized the post World War I left.

The upper class characters may often come off with more interest, particularly Bunny’s father and their family and friends, who illustrate varying degrees of snobbishness, class bias, and isolation from the common people. Bunny’s developing romantic experiences with elite young women at the university or his glamorous dalliance with a movie star are presented with more than just filler characterizations, especially for their reactions to his notorious radical views. His upper class girlfriends are not quite as two dimensional as most of his proletarian friends because they show Bunny awakening to romance and the freer sexual standards of the period (but he finally does propose to a committed radical socialist).

The novel pronounces judgment on the whole warped direction of America. World War I is as dishonest a manipulation as the present invasion of Iraq; the oil corporations’ control of the government is just as thorough as now; media propaganda sets the public prejudice with scare words and scare stories against the “reds”; the presidential elections are controlled by money and present no real choice; religion is an opiate diverting the masses from their struggle to an abstract spiritualism; big business can use government surveillance files on radicals to break strikes and unions; universities are dominated by fraternities and sports, and “the courses were dull, and they taught you masses of facts of little importance, and were afraid of new and original thinking.”

The novel ends in defeat. Coolidge, business’ most favored candidate, is elected president to the plaudits of the press, and when Paul, the admirable radical dies, worn out by his work and persecution, his funeral is subverted by his successful evangelist brother into a massive public celebration of his supposed return to religious faith. The era ended in defeat for those who struggled for socialism. The reader, however, is left with a thoroughly satisfying expose of capitalist class warfare and iniquity.