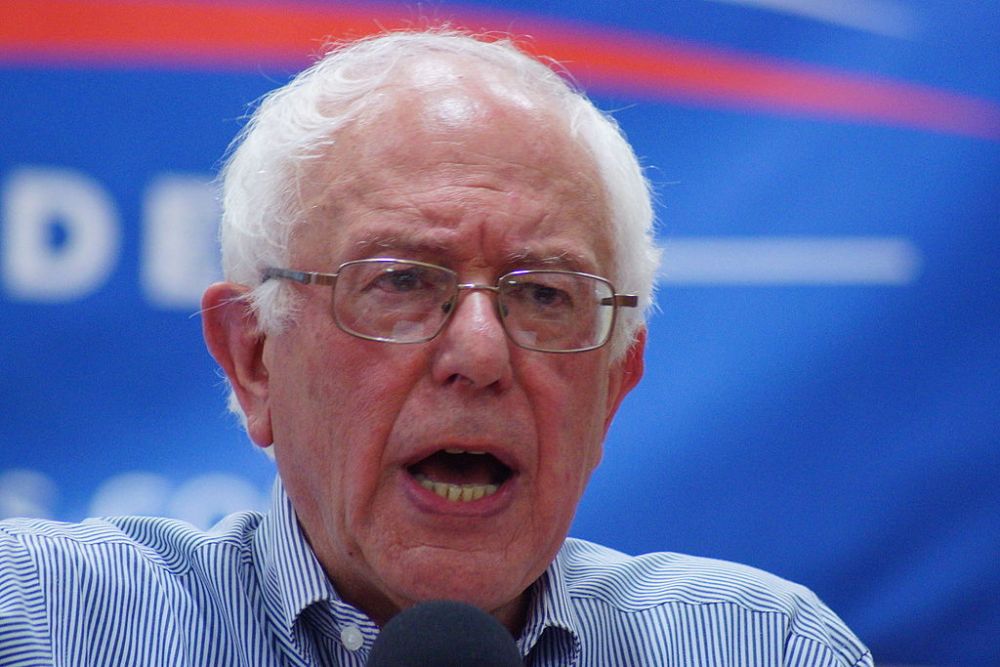 These days, it would seem that nearly everyone is a socialist of some sort or another. That was certainly not the case back when Socialist Appeal was founded fifteen years ago. To be sure, what most people understand as “socialism” at the moment is far from the fully revolutionary conception defended in the program at the back of our paper. But this marks a dramatic change in consciousness nonetheless.

Only a generation ago, in 1989, we were informed of the End of History by Francis Fukuyama: “What we may be witnessing is not just the end of the Cold War, or the passing of a particular period of post-war history, but the end of history as such: that is, the endpoint of mankind’s ideological evolution and the universalization of Western liberal democracy as the final form of human government.”

In a world torn apart by war, terror, racism, ignorance, and poverty, and with a repeat of the 2008 economic implosion implicit in the situation, it’s no wonder people are nervous about the future, angry about the status quo, and anxiously looking for a way out. There is a growing crisis of confidence in the system—fertile ground for populism on both the right and the left.

Part of this process is the decomposition of the tried-and-true American political setup. Supported for decades by relative economic prosperity, the Democrats and Republicans formed part of the apparently immovable bedrock of capitalist rule in the world’s richest country. But the grinding crisis has stressed the institutionalized two-party system to the breaking point. The capitalists are losing the firm grip they had on politics for decades. As Democratic strategist Anita Dunn put it, “[if there’s one thing] we’ve seen in 2016, it’s that politics is not playing by the rules it previously did.”

In the final analysis, political parties express the interests of one class or another. While they may rely on voters from other classes to win elections, they can ultimately represent only one class. Both the Republicans and Democrats are defenders of the capitalist class. The US working class has never had and does not yet have a mass party of its own. For several generations, the Democrats were able to lean on working class voters, and union members in particular, who, for lack of an alternative, would hold their noses at the polls and vote for the lesser evil. But that too has its limits. 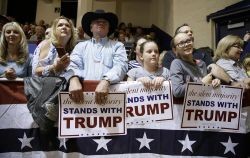 Without a multiparty parliamentary system or a mass labor party to channel the aspirations of the workers and youth, the need for a political outlet is being expressed at this stage through the major party machines that do exist—with potentially explosive and chaotic consequences. In the case of the Republicans, the stress is channeling into Donald Trump’s candidacy, pushing the party even further to the right. The possibility of an independent bid and an outright split in the party is not ruled out in the short term. Enthused by Trump’s demagogic call to “make America great again,” frustrated small business owners and backwards layers of the working class make up his base of support.

On the Democrats’ side, Bernie Sanders’ campaign has upended all the expectations of the Democratic strategists. They hoped he would serve merely as left cover for Hillary Clinton, part of their quadrennial “bait-and-switch,” a ploy to trick people who consider themselves on the left into voting for pro-capitalist, pro-imperialist candidates. But they miscalculated badly and his candidacy has gathered enormous momentum. Based on social media, he won the Democratic Party debates by a wide margin in some key demographics. His popularity among black and Latino voters, long considered virtually guaranteed for Clinton, is on the rise, and he actually has a stronger grassroots get-out-the-vote apparatus than his party rival in almost every state. Were it not for the trade unions, most of which have thrown their resources and volunteers into her campaign—though not without resistance from the rank and file—Clinton would be in an even more precarious position.

Interest in Sanders’ policy proposals—limited in substance but radical in the context of American capitalism—have struck a chord among millions of young people in particular. Had he run as an independent, calling on the unions to break with the Democrats to build something new, Sanders could have been well on his way towards establishing a serious challenge to the two-party system. Instead, he deliberately chose to throw his weight into burnishing the image of the Democrats—who, over the last 100 years, have ruled for the capitalists nearly twice as long as the Republicans. Now, there is a real possibility of his winning the nomination and even the presidency—and thereby be directly responsible for managing the crisis of capitalism, which will only intensify in the years to come.

With deep pockets and hundreds of Democratic National Convention “superdelegates” firmly on Clinton’s side, Sanders’ nomination is still an uphill battle. But much can change between now and the later caucuses and primaries. The fact remains that in less than a year, he has overcome a 50-point deficit to match or even pull ahead of Clinton in several key states. If the general election were held today, polls indicate he would defeat Trump by a margin of 15%, undermining the Clinton camp’s go-to argument against him: that Sanders is unelectable, and she is the party’s best bet to keep out the rabid right. With widespread suspicion in her credibility and trustworthiness, due to her close ties to Wall Street and her tenure as Secretary of State, Clinton may well be “unelectable” herself.

Sanders’ socialism is a mild social-democratic reformist variant at best. His proposals include universal healthcare and education, to be funded through modestly higher taxes on the rich, while maintaining the basic structures of capitalism. Like FDR’s policies during the Great Depression, this so-called “Scandinavian” socialism aims to take the edge off the most glaring inequalities of the system—in order to stave off social unrest and save the system from itself. Even Hillary Clinton agreed with this during one of the early Democratic debates, saying: “Our job is to rein in the excesses of capitalism so it doesn’t run amok.”

However, this is not socialism, in the scientific sense of the word. This kind of tinkering with capitalism can never eliminate the root cause of inequality, exploitation, and oppression—the capitalist system itself. Given the depth of the crisis and the intractable arrogance of the most powerful capitalists, a Sanders presidency would be hard pressed to deliver on even the most modest of his proposals—thus paving the way for an even more reactionary “greater evil” in the future.

There are two types of reformism: that which seeks to bring about limited social reforms within capitalism, and that which imagines it possible to gradually reform capitalism out of existence altogether. Both of these are counterposed to revolutionary socialism, which understands that while reforms within capitalism must be fought for, the system must ultimately be overthrown altogether, through the conscious, revolutionary mass action of the working class. Only genuine socialism, in which the key levers of the economy are socially owned and democratically administered by the working class, can use the extraordinary wealth of society in the interests of all. Such a perspective clearly poses an existential threat to the capitalists.

In the past, talk of socialism would have been laughed off or repressed outright. But since the capitalists can no longer deliver the goods, they cannot take these ideas head on. Hence the need to co-opt the meaning of the word socialism. After all, if you can’t beat ‘em, join ‘em! In recent months there has been a concerted campaign, most notably in the New York Times—the mouthpiece of the liberal billionaire wing of the ruling class—to define what socialism is and what it isn’t. Even conservative columnists like David Brooks seek to fill the word with content safe for the continued domination of capitalism. Incredibly, he has declared that what the Republican Party needs is . . . a socialist presidential candidate! Not a “statist,” as he put it, but someone concerned about social welfare. This is an unprecedented change of tune, to say the least. 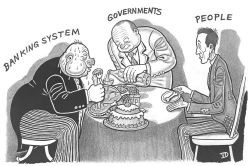 The more shortsighted representatives of capital are licking their chops at the short-term profits and union busting bonanza that a Trump, Cruz, or Rubio presidency would bring them. But the more thoughtful analysts understand that this would unleash a mass working class struggle—a repeat of the Wisconsin uprising in cities across the country. They would therefore prefer the far more malleable and familiar Clinton. But they are increasingly ready and willing to mold Sanders to their needs should he emerge as the eventual winner.

Growing interest in socialism and the rise of reformism are a reflection of the objective contradictions within the system itself, which is organically incapable of offering a way out. As night follows day, the crisis of capitalism will be accompanied by a crisis of reformism in all its forms. Without delivering real and substantial reforms, reformism has a limited shelf life.

Under these conditions, interest in revolutionary Marxism will also grow by leaps and bounds. The task of revolutionary Marxists is to explain what is, to tell the truth, “warts and all.” We cannot foment illusions in capitalist parties and politicians. We must explain that socialism won’t come about through the ballot box alone, but will require years of hard struggle, education, and organization in the workplace and on the streets. We cannot water down our program to conform to the lowest “socialist” common denominator. We must steadfastly resist all efforts to co-opt our ideas and principles. In the end, the truth will prevail. It may sound like a broken record, but there is simply no solution within the limits of capitalism. Those who seek artificial shortcuts today will find themselves outside the stream of history and incapable of playing a catalyzing role when the revolutionary upsurge inevitably comes.

2016 promises to be an exciting and tumultuous year. The building pressure is palpable. When, where, and in what form the dam will burst is hard to say—but burst it will. We must therefore have a sense of urgency and strengthen the forces of revolutionary Marxism in the US and around the world. There’s no time like the present to get involved with the IMT in the struggle for the world socialist revolution.