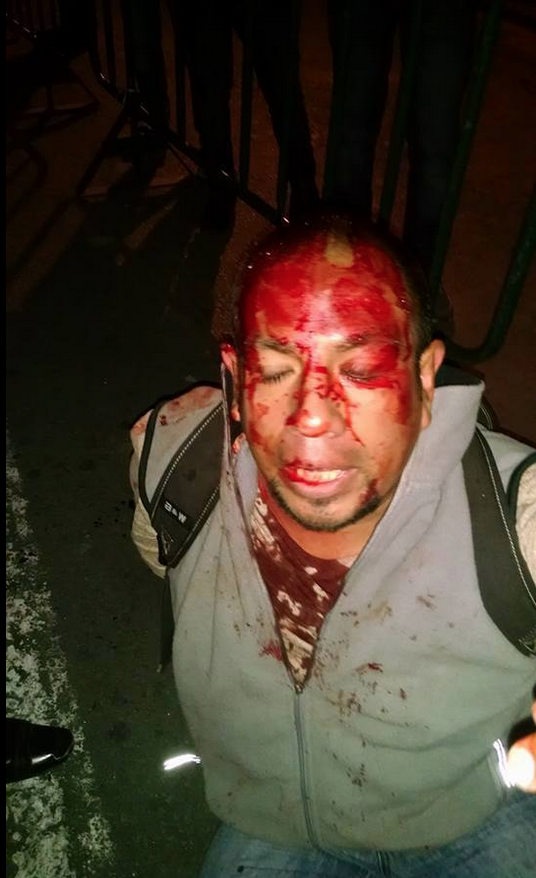 On August 26, after the end of the demonstration for the 43 Ayotzinapa students disappeared by the state 11 months ago, the Mexico City police attacked a group of activists on their way home, injuring several of them. Amongst them were mothers of the Ayotzinapa students as well as leading members of La Izquierda Socialista (IMT) and the CLEP (Polytechnic Students Struggle Committee).

Thousands had marched to Zocalo Sq to mark 11 months since the forced disappearance of 43 rural teacher training students in Guerrero. On their way home, a few dozen activists attempted to force open the gates of the metro station, as it is common after big rallies and demonstrations. At this point a group of granadero police officers and Metro security guards attacked the peaceful protesters. Amongst them were trade union, social movement and student activists, as well as a group of mothers of the Ayotzinapa students.

Several people were taken away by the police, amongst them some of the Ayotzinapa mothers, leading CLEP activists and comrade Ubaldo Meneses who is a member of the National Council of MORENA and the editor of La Izquierda Socialista (the International Marxist Tendency organisation in Mexico). The police, which had surrounded the group, targeted them specifically for arrest, going in and snatching them from the hands of fellow activists with great violence, using their shields and battons.

The quick reaction of those present, who feared that they were also going to be disappeared, forced the police to release them in Zocalo Square shortly afterwards, not without first having beaten them.

Ubaldo Meneses was covered in blood from injuries in his head and had to receive medical attention. He was later taken to hospital. We can report that he was released shortly afterwards and, though bruised and needing stitches, he is otherwise well.

In a statement after being released, comrade Mayren explained how the repression will not achieve its aim of cowing the movement: “the more they attack, the more we will stand up”:

The CLEP members attacked by the police are:

Sharon Mayren PadillaSeveral of the CLEP activists taken and beaten by the police had been elected delegates to the central strike committee (Asamblea General Politécnica) during the 3 month long strike at the IPN (National Polytechnic University).

Amongst those attacked by the police were also mothers of the Ayotzinapa 43, members of the media activism group Guerrilla Comunicacional, the campaign against fare increases Brigada Oriente 2 - Caña, and others.

It is not by chance that the repression affected particularly members of the LIS and CLEP. In the last few days and weeks, the CLEP has led a mobilisation of hundreds of prospective IPN students who have been denied a place at the university, as well as preparing a movement against cuts in the IPN budget. 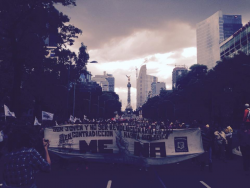 Prospective IPN student blockWe have no doubt that the attempted arrest of Ubaldo Meneses did not happen by chance. He is the secretary of La Izquierda Socialista, organisation which played a crucial role in the IPN strike at the end of last year and particularly in linking that up with the Ayotzinapa movement. Leading members of LIS, including Ubaldo were singled out for attack by the bourgeois newspaper La Razón throughout the IPN strike.

It is worth noting that the Mexico City police which carried out the attack was acting on orders of the PRD-run Mexico DF government under the leadership of Mancera.

This is yet another example of repression of the Mexican narco-capitalist regime.

The International Marxist Tendency rejects this brutal repression and calls on all labour movement, youth and solidarity activists to remain alert and show their solidarity. Messages can be sent to the CLEP (u.estudiantesrevolucionarios@gmail.com), and the LIS (laizquierdasocialista.org@gmail.com).

Down with repression. An injury to one is an injury to all. International solidarity.

Justice for the Ayotzinapa 43. Alive they took them, alive we want them back. The State took them.