The Pakistan Trade Union Defence Campaign PTUDC along with the Labour Action Committee, the MRDW Unilever (Movement for the Restoration of Dismissed Workers), the Unilever Workers’ Action Committee and the Unilever Revolutionary Workers’ Union organised a rally from Railway Square to the gate of the Unilever factory in Rahim Yar Khan on November 27. 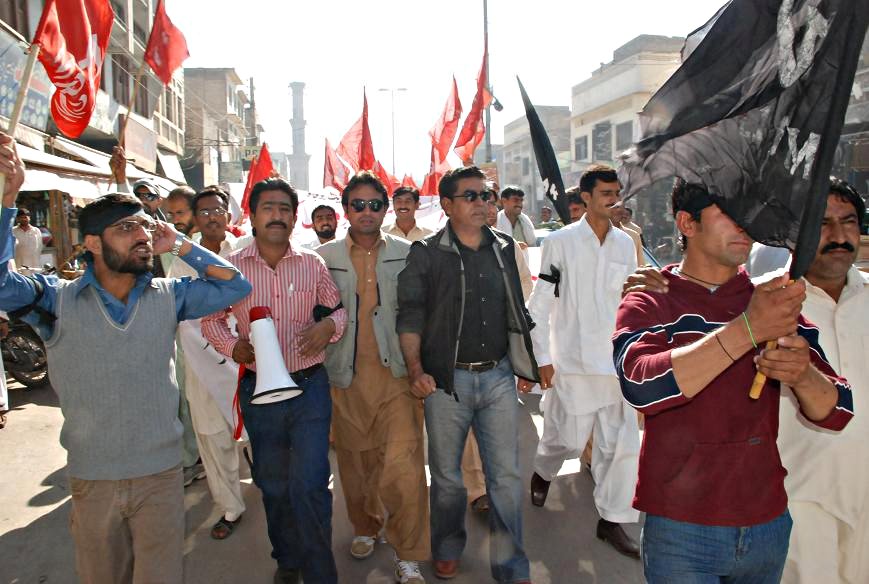 Hundreds of workers participated in the rally which turned into a public meeting upon reaching the gate of the factory. The well known labour leader, organiser of the PTUDC and divisional general secretary of the People’s Labour Bureau, Haider Chughtai said in his speech that the struggle and protests will continue till the reinstatement of the sacked workers is achieved. He demanded that all sacked workers should be restored, regularized and paid their arrears. He said that the current CBA Union has no support among the workers and it is with the help of the management that no union election has taken place for two years. Haider Chughtai raised the demand of immediately holding a referendum in Unilever and contract workers to be given the right to vote. Needy workers should be hired instead of the favourites of the management. All contract workers should be made permanent. He vowed to continue the struggle and protests if the demands are not met, which could deteriorate the law and order situation and the yellow union would be responsible for it.