The PTUDC has set up a Mobile Medical Relief Team, which include volunteer doctors and other medical staff that are providing medical aid to the flood victims. 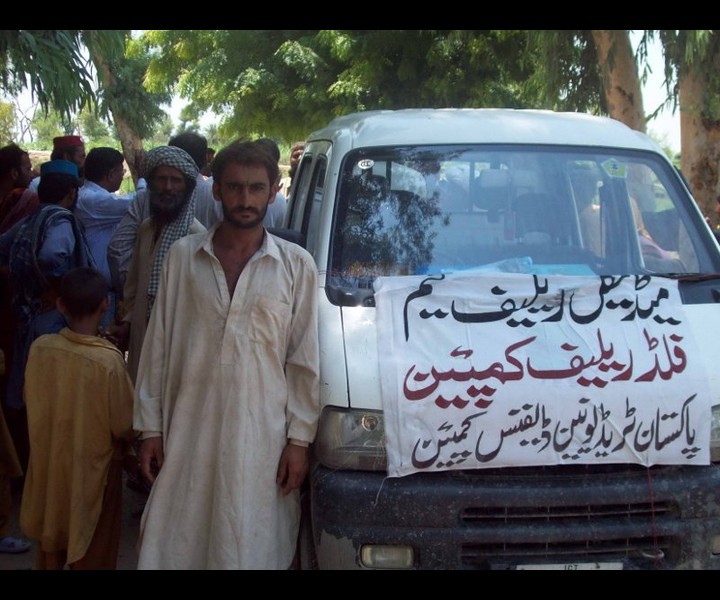 For the past two days the Mobile Medical Relief Team set up by the Pakistan Trade Union Defence Campaign in Sadiqabad has provided medical relief in more than 20 camps.

Under the leadership of the PTUDC Vice-President, comrade Qamar uz Zaman Khan, the team is comprised of the Sadiqabad PTUDC organiser Shahzad Sarwar, together with Dr. Yasir, Dr. Afzal, Aasia Baloch, Mushtaq Awan, Jehanzeb Babar, Shahid Azar, Amjad Nazir and others. This team provided medical aid to more than 900 children, women and other patients.

In this campaign organized by the PTUDC, people from all walks of life are participating in big numbers which include people like Dr. Munir Ahmad, Dr. Kabir Athar, ex-MP and PPP leader Mian Aziz Aslam Sheikh, Rana Masood Khan, Rana Zubair Sheharyar and others. 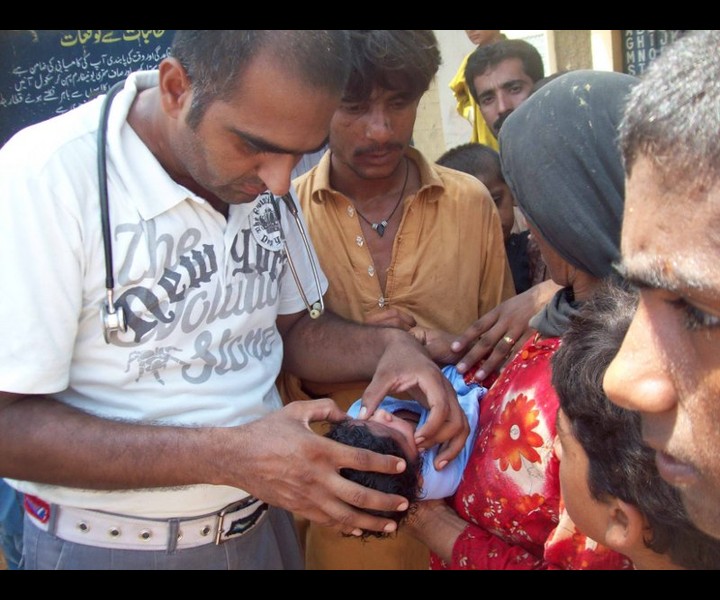 In this campaign medicines up to the value of Rs. 270,000 have been given to patients which include medicines for eye and skin infections. Also medicines for diseases related to drinking polluted water were distributed to patients.

In his statement the Vice-President of the PTUDC Comrade Qamar said that this team will keep on working so long as this disaster and the flood victims are still here. He said that the performance of the government is a big zero and that they only come to the camps for photo sessions and then they vanish. He insisted that the flood victims are getting help mostly from local people.

We are providing photographs to give an idea of the relief effort.