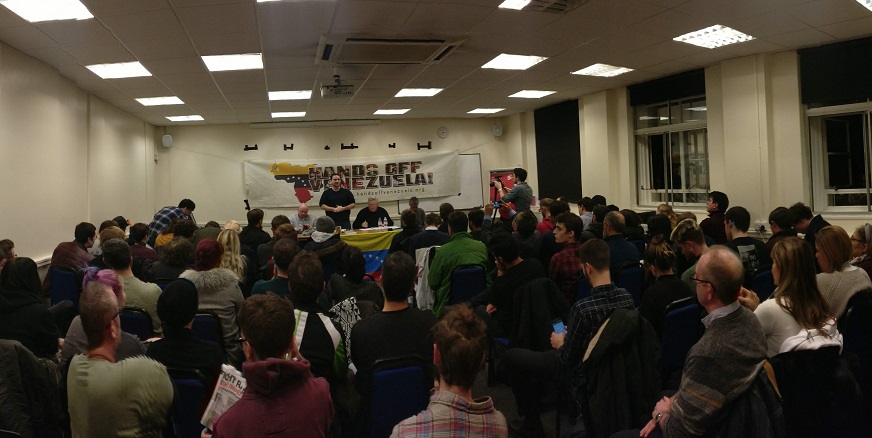 Nearly 100 people packed the #HandsOffVenezuela meeting in London on 30 January, and heard Venezuelan ambassador Rocío Manero, Alan Woods (International Marxist Tendency), Steve Hedley (Assistant General Secretary of the RMT) and Jorge Martín (Hands Off Venezuela) discuss the ongoing imperialist coup in Venezuela, the UK’s role in it, and what can be done to fight it. The meeting also heard a message from John McDonnell MP, rejecting Trump's attempt to manufacture regime change, and declaring solidarity with the people of Venezuela. Over 1,000 people followed the livestream of the meeting from all over the world.

The meeting had been organised at very short notice and the venue was not been confirmed until the very last minute, but none of this prevented a large number of socialists, Latin American activists and solidarity campaigners from packing the room in Student Central. 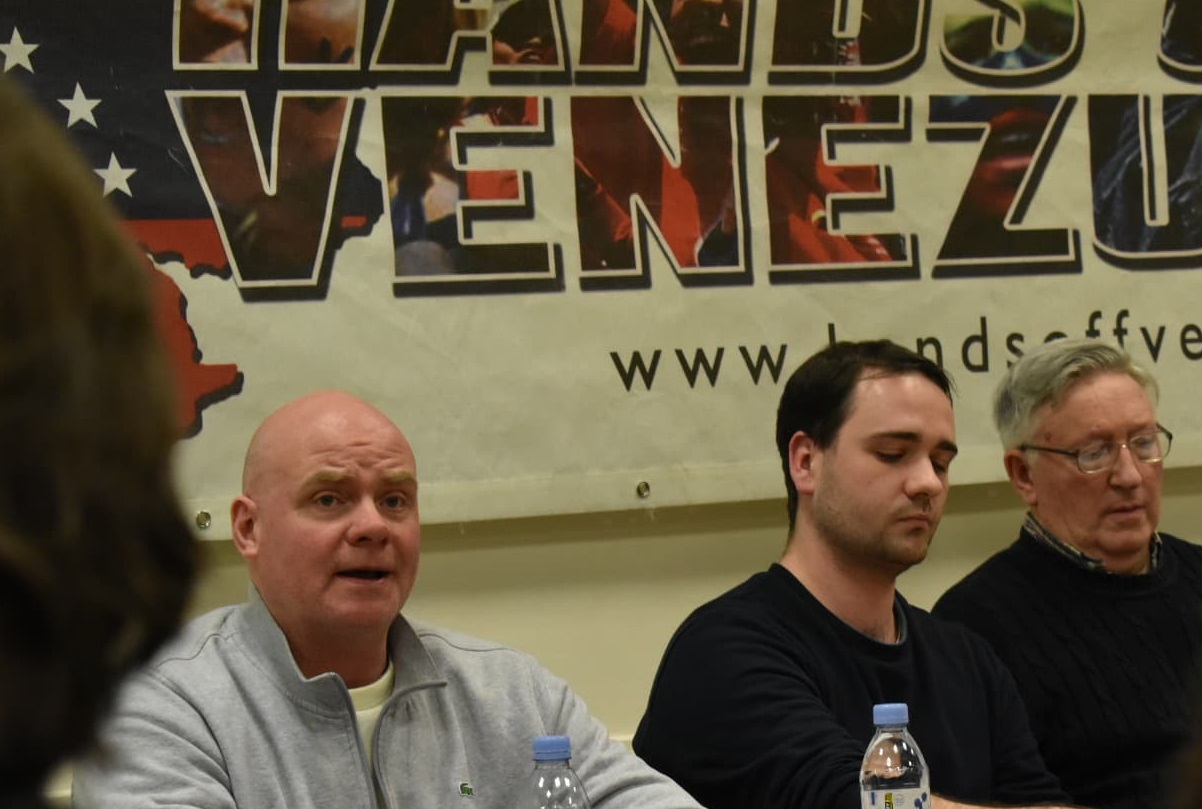 First to speak was Rocío Maneiro, Ambassador of the Bolivarian Republic of Venezuela to the UK, who explained that the US is breaking international law in order to dictate to the people of Venezuela what they should do. She stated, quite rightly:

“What is at stake here is the principle of non-intervention of self-determination”.

She thanked those present for their support for the Venezuelan people and stressed the seriousness of the situation.

She was followed by Alan Woods from the International Marxist Tendency and founder of the Hands Off Venezuela campaign. Alan denounced the hypocrisy of the US and its long history of intervention in other countries – Chile, Guatemala, Nicaragua, Iraq, Afghanistan, etc. – all in the name of “humanitarian concerns” and “restoration of democracy”. As Alan pointed out:

“[The United States] don’t say anything about the millions of men, women and children who are deliberately starved to death in Yemen by the Saudi gang”.

“Our first and main duty is to combat our own ruling class and imperialism, both in the US and in the UK”. 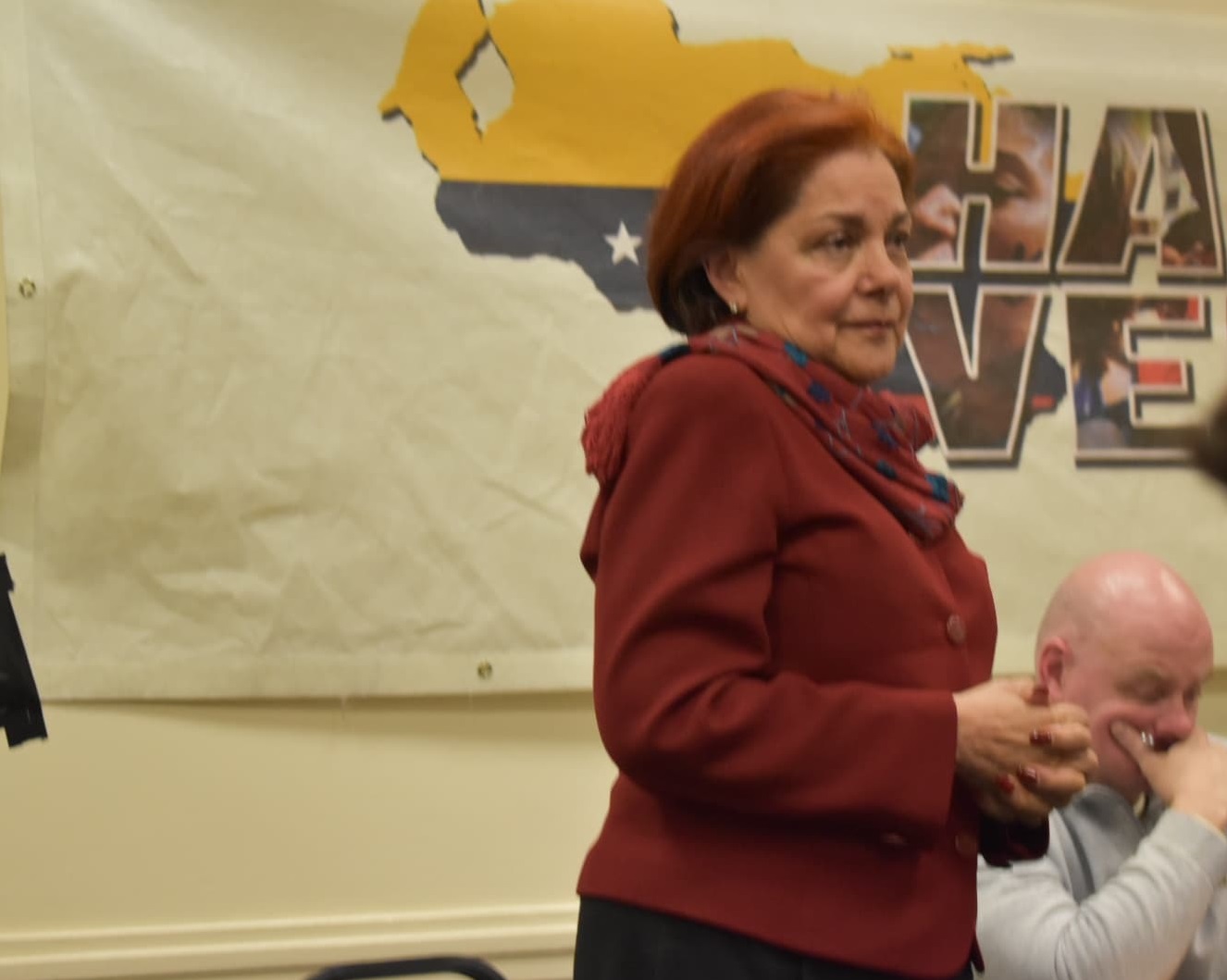 Maneiro thanked atendees for their support for the Venezuelan people and stressed the seriousness of the situation / Image: own work

Alan encouraged all those present to redouble their efforts to support the Bolivarian Revolution and oppose imperialism.

Steve Hedley, Assistant General Secretary of the RMT trade union, explained to the meeting how he had been part of a delegation of election observers in Venezuela in 2017. He described the Venezuelan election system as fool-proof, based on electronic voting and ID checking, as well as the tallying of paper receipts of the vote against the machine results. He noted:

“In fact, the Venezuelans should be coming to this country and could teach us a few things about voting systems!”

Steve stressed the “absolute solidarity to the comrades in Venezuela on behalf of the RMT”. He added “we cannot allow US intervention to change the government in Venezuela. Solidarity!” 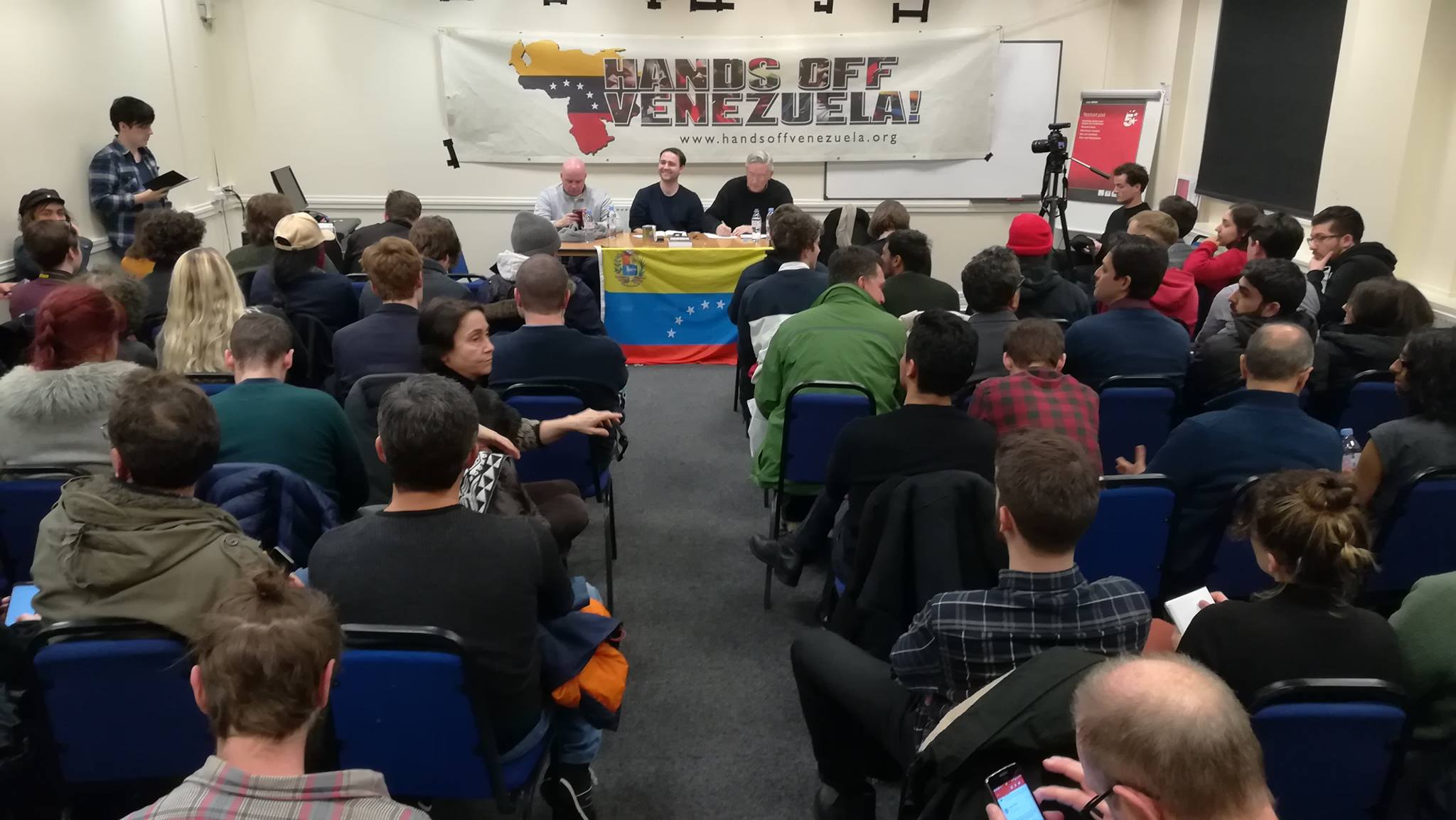 Around 100 people were present at the meeting, showing their solidarity with Venezuela / Image: HOV

Jorge Martín, from the Hands off Venezuela campaign, lashed out against the lies and half-truths in the mass media, which are being used to prepare for foreign imperialist intervention:

“This time it is a very serious threat. The Trump administration is united. They think they have a window of opportunity to remove Maduro because of the impact of the economic crisis and they are moving ahead relentlessly. They will use all means at their disposal to carry out their plans.” 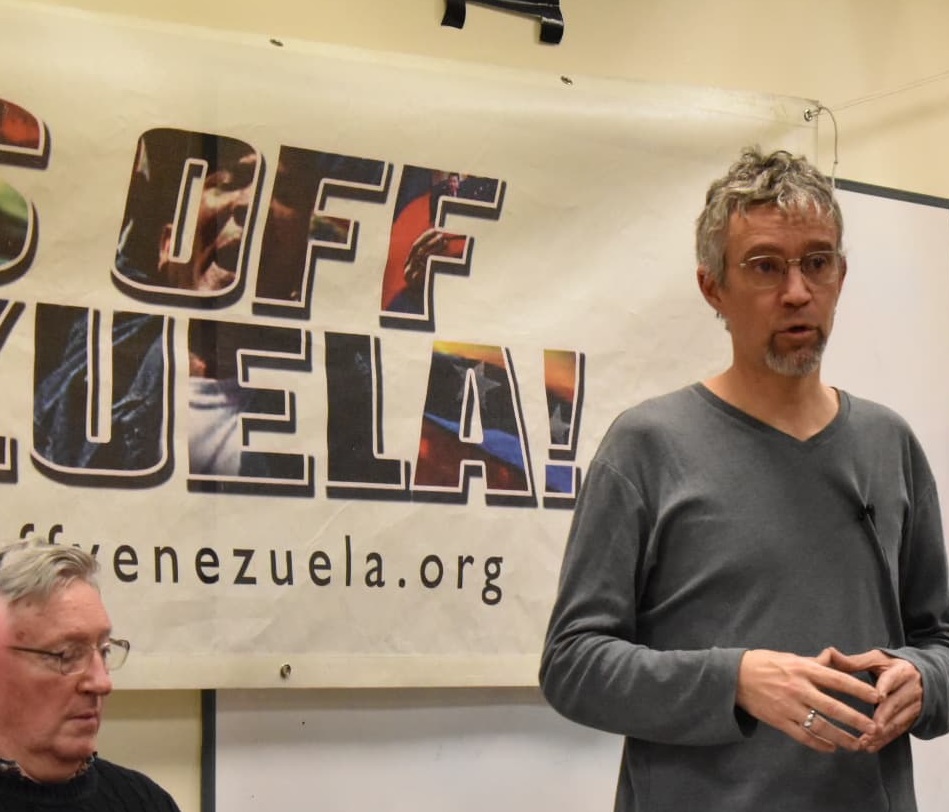 There was a lively debate, in which attendees at the meeting also discussed the issue of the Venezuelan gold being withheld by the Bank of England (US$1.2bn), which was described as an “act of piracy and buccaneering”; as well as what can we do concretely to fight this attempted coup.

The meeting also heard a message from John McDonnell MP who apologised for not being present. The statement reads:

"I wholeheartedly condemn the threatened involvement of the Trump regime in the internal affairs of Venezuela. Surely lessons have to be learnt from the disasters of past foreign interference in the countries of South America. In Venezuela President Chavez gave hope to his people that the natural resources of their country would at last be used to provide them all, not just the rich, with a decent standard of living. Since his loss, people may have many justifiable criticisms of the current administration but let us all be clear, above all else it is for the people of Venezuela to determine their future and not outside governments. I stand with the people of Venezuela and opposed to foreign interference in their country. Solidarity."