Details
our correspondent in Morocco
28 March 2011 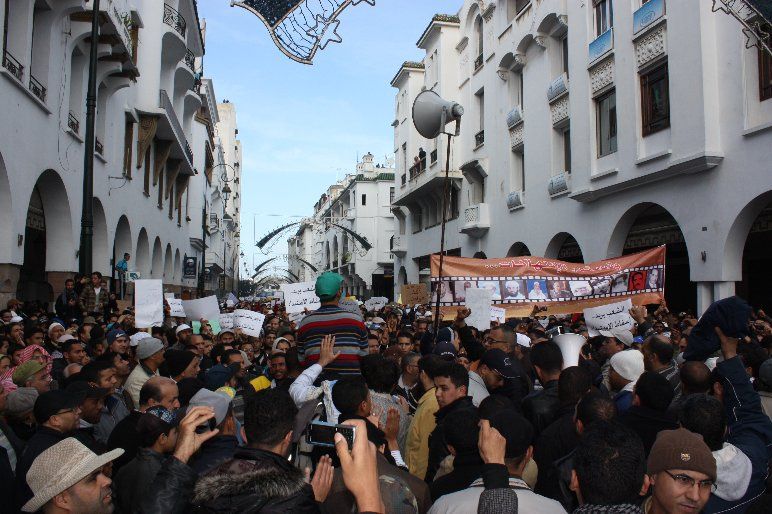 A new momentum has been reached by the protest movement in Morocco. The call for a new Day of Action on March 20 was a test. Would the King’s shadowy reforms succeed in demobilising the masses or on the contrary push the movement forward? As we predicted the latter happened. Possibly twice as many people came out on the streets than a month earlier.

Demonstrations were held in 64 cities and villages around the country. During the first Day of Action on February 20, people mobilised in 52 cities and villages. Between 400,000 and 600,000 people took part this time. The interesting thing this time was that large numbers also turned in the big cities. In the industrial capital Casablanca around 100,000 turned out in a particularly militant march; in Rabat the figure was 30,000; in Tangiers, 50,000; Oujda, 30,000; Bengrir, 30,000; Agadir, almost 10,000; Nador, 4000; Chefchaouen, 4000; Tetuan, 3000; Ouarzazate, 1500; Azila, 1000, etc. In the city of Fez even retired army soldiers joined the demonstration (See video summary). The slogans were: “The people want the downfall of despotism”, “The people reject the constitution of slaves”, “You can kill us, you can execute us, but the people will always be reborn”, and so on.

One interesting detail in Casablanca was that the march took a different route than the one during the earlier demonstration. It started in the working class neighbourhood of Derb Omar. This choice of route was part of the strategy of the 20F youth movement to seek closer links with the working class neighbourhoods of the city. Thus students could join in with workers and unemployed. This strategy expresses the growing maturity of the movement. Not by accident did the demonstration in Casablanca attract much higher numbers than the one a month earlier and it was also more militant. Also remarkable was the fact that, apart from the desire for “regime change”, the people in different cities protested against the French multinational companies, Veolia and Suez who benefited from the privatisation of local public water, electricity, transport, public lighting and waste management companies. Earlier in Tangiers the local headquarters of Veolia was burned down by angry protestors who rejected the price hikes imposed by those companies. So we are seeing that the protest marches of 20M also become a focal point for local social struggles.

The monarchist youth of the “9M youth movement” (referring to the date of Mohamed VI’s latest speech) succeeded in only gathering a few hundred (390!) supporters, despite massive media publicity. Their main slogan was “Long live the King”. If anything, this reveals the real balance of power in the country, a worrying signal for a regime where the popularity of the king is practically an unquestionable “state dogma”. The attempt by the 2M state television to present the protest as being infiltrated by the fundamentalists of the Al Adl Wal Ihssane (Justice and Charity) movement of Cheik Yassine is just laughable and was answered thus way by the organisers. 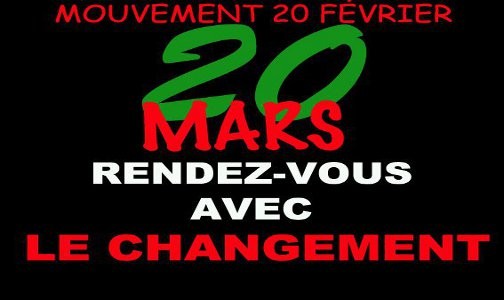 What does the success of the March 20 Day of Action indicate? On the one side, it revealed that the youth and the broader layers of demonstrators were not fooled by the announcement of constitutional reform. They clearly understood the King’s speech as a “tactical diversion” and well beneath what the movement is demanding. On the other hand the very fact that Mohamed VI had to appear on television and react to the growing movement was seen as a sign of weakness on the part of the regime. This manoeuvre, rather than weakening, emboldened the masses.

What also helped to understand the ‘tactical’ nature of the promised changes was the brutal repression of a peaceful demonstration in Casablanca by the police a week after the King’s speech (see Youtube). The same regime that had promised more individual freedom came down very hard on those who took this promise at face value. Now anyone who may have hesitated or been confused by the King’s speech understood that the regime was speaking with a forked tongue.

A few days earlier jobless protesters rioted at the offices of state-run phosphate monopoly OCP in the central city of Khouribga. They reacted to the brutal attempt of the police to dislodge their peaceful sit-in. The unemployed men then invaded the OCP's administrative offices and damaged the building's facade with stones, destroyed 11 vehicles and company documentation (see Youtube).Khouribga is home to the country's biggest phosphate mine.

In another city, Taourirt, on March 21 the police also tried to dismantle a tent camp. The camp had been set up by families to protest against their exclusion from access to land to build homes. The local real estate mafia and the administration are accused of working hand in hand to keep control over the land. The police intervention was very brutal, with women and children being beaten. The families and the local population reacted with an insurrection in a part of the city. The house of the local mayor was also attacked. The next day the political leaders of the city were forced to announce an inquiry into the criminal activities of the mafia.

The state media, such as the 2M state TV channel, has also been affected by the wave of protests. On March 18 the unions of the state TV workers organised a sit-in in Casablanca to demand “public media at the service and in the interests of the people and democracy”. This movement has taken firm roots amongst the 2M staff and is getting wide support from other unions and also from the 20F youth. 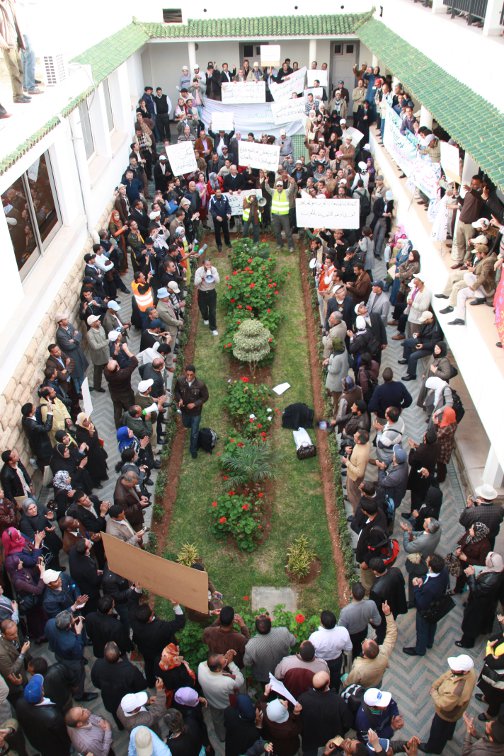 Teachers occupying ministry On Wednesday, March 23 the school students decided to go on strike in many schools in different cities. March 23 is not any date in the history of the country. The school student action coincided deliberately with the beginning of the Moroccan “May 68” on March 23 in 1965! Without doubt this widespread revolutionary fervour is giving confidence to the different layers and sections of oppressed to vent their grievances and push for their demands. On the initiative of the school student group of the 20F movement, demonstrations and strikes were organised in Imzouren (El Hoceima), Ouarzazte, Rachidia, Beni Mellal, Inzgan (Agadir), Zagoura, Kheribga, Chefchaouen, Tanger, Souk Larbae, Tetouan (See video). Two school students were arrested in Chefchaouen and another in Tangier. The school students are demanding the dismissal of the Minister of Education, better quality education, free education, an increase in the number of teachers, better infrastructure, more security in the schools and smaller classes and the elimination of favouritism and nepotism. The following day unionised teachers occupied the buildings of the Ministry of Education in Rabat, the administrative capital, in protest at the education policy. Here again their action was ferociously repressed with baton charges of the police.

In general we can say that the beginning of the Moroccan revolution is being accompanied by a marked increase in local or sector disputes. The political movement for “regime change” is fuelling the social struggles which will also push forward the 20F movement and influence its character. The thin wall separating the economic and the political struggle is crumbling. The regime is clearly on the defensive and trying to find new means and methods to survive. But the movement is not going to let itself be fooled. Yesterday (Sunday, March 27) there were many more demonstrations all over the country. Revolution until the overthrow of the regime is the only realistic perspective also in Morocco.