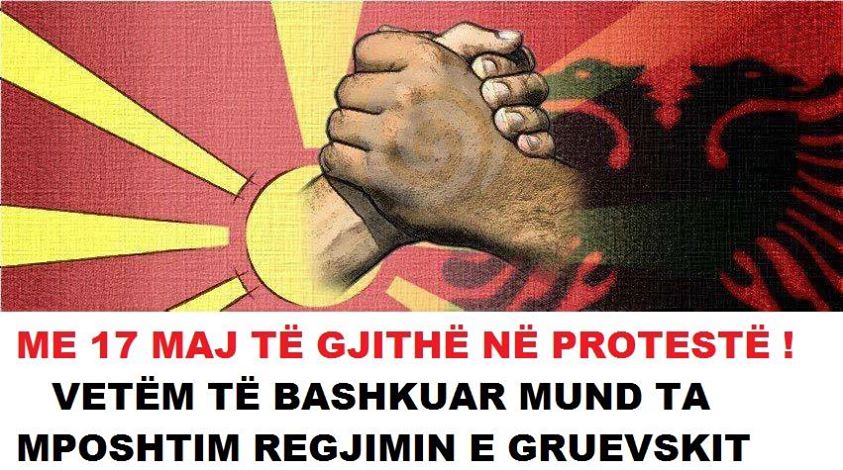 For the first time since the break-up of Yugoslavia, the workers and poor of Macedonia, following the examples set in Bosnia, are uniting across national divisions in mass protests against the government. The terrorist attacks have not divided, but strengthened and united the movement.

Since beginning of February this year, the main opposition party of Macedonia, the Social Democratic Union of Macedonia, began releasing a series of alleged phone taps proving blatant corruption and cover ups of serious abuses of power both at a state level and within local authorities. They released phone conversations exposing the nationalist, elitist and hypocritical petty ministers, but most disturbing was the cover up of evidence surrounding the mysterious death of Nikola Mladenov,  a known journalist and owner of the anti-establishment weekly political magazine Fokus, that had been a powerful thorn in the governments side. These leaks involved Prime Minister Nikola Gruevski, Minister of Internal Affairs Gordana Jankulovska who resigned today (05-13) and other key figures in Gruevski's government directly.

However serious, these leaks revealed nothing fundamentally new for the people of Macedonia. In Macedonia - the land where traffic has to be shut down when its prime minister is on the road - the illusion of bourgeois democracy lies shamelessly exposed. The state is corrupt and rotten to the core in plain view of everyone, which has worked as a catalyst to channel the dissent and anger of the masses that had been simmering in for decades.

The straw that broke the camel’s back was a leak on the 5th of May that shed light on the details of the death of Martin Neskoski in 2011. Neskoski was brutally beaten to death by Special Police in Skopje. Almost instantly the people of Skopje took to the streets and demanded the resignation of Gruevski's government in historic protests involving both Albanians and Macedonians. Protesters enjoyed some early success, initially managing to get through the gates of the government building area. While they were brutally beaten back by riot police, they have since then protested every day.

On 9th May there were clashes between police forces and  Albanian "terrorists" in Kumanovo that lasted two days. Similar events had taken place one month ago, when terrorists were captured without resistance captured and held briefly at a police station in the village of Gosince near the border with Kosovo. These were events which had no backing among the wider Albanian speaking population.

However, this time around the working class would not be divided along secondary lines: the bluff was called and this obvious provocation inspired an even great anger and an unprecedented unity between Macedonians and Albanians, renewed protests and calls for a great protest of ethnic unity against the government on 17th May. Just as the masses of Bosnia last year showed that they would not be divided again by ethnic lines when Croats, Bosnians and Serbs took to the streets, so have the Albanians and Macedonians shown that the days when the peoples of the Balkans could be easily deceived by nationalist poison are over.

On 13th of May four ministers of Gruevski's cabinet resigned, including the Minister of Internal Affairs as well as the head of the security service. The BDI, the main party of the Albanian-speaking population, is expected to drop out of their pragmatic coalition with the ruling VMRO. Just like in Bosnia, the masses are beginning to realize their own strength when united as they see the hated regime beginning to fall apart like a house of cards at the slightest breeze.

If the masses do indeed manage to get rid of Gruevski,  Zoran Zaev, leader of the SDSM (Social Democratic Union of Macedonia) proposed a Provisional or Technical government for the electoral process. However enthusiastic, the masses remain sceptical of Zaev. They are just beginning to take their destinies into their own hands and will test every option they have. If time proves Zaev to be the same as Gruevski, there will be nothing to spare him from the masses, with their new gained courage and unity.

The market economy has, for the last 20 years, shown the people of former Yugoslavia what it has to offer:  unchecked corruption, open plunder of the state in the form of privatisations, cuts and the total destruction of the industry built by working men and women. With every attempt of the gangsters that call themselves leaders to try to crush and divide these movements, they can only expect renewed explosions of struggle on a higher level. The heroism of Albanian and Macedonian workers points the way forward, and must infuse every single worker and socialist around the world with new confidence for the struggles ahead.