Details
In Defence of Marxism
06 February 2012 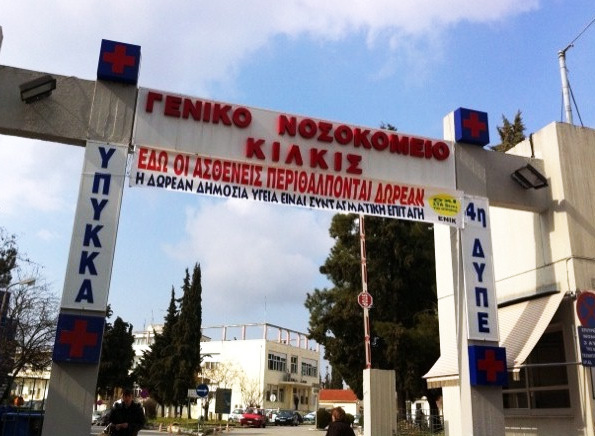 Greece's "technocratic" prime minister Papademos is desperately trying to make the three parties supporting his government (PASOK, ND and LAOS) agree to yet another round of brutal austerity cuts. The enormous pressure created by the relentless attacks on the working people of Greece is reaching breaking point. Health workers at a hospital in Kilkis have decide to take over their hospital and put it under workers' management. There is a new epidemic of homeslesness affecting people whose lives have been shattered by the crisis and the austerity measures.

The "troika" is demanding a new round of measures which should be taken before any more money is given to Greece as part of the bail out package. A leaked German government proposal obtained by the Financial Times talks about Greece transfering "national budgetary soveriegnty" to a EU appointed commissioner. As a matter of fact, German bankers and European capitalists in general have been dictating the terms of the Greek budget for some time, through the mechanism of the terms of the bail out. They even removed the Greek government of Papandreou when they thought he could not be trusted to implement their dictats. Now they want to cut out the middle man and take control directly.

The measures demanded by the troika as a prior condition for disbursing the next tranche of the bail out are to be implemented immediately. They include additional cuts in public spending equal to 1.5% of GDP (3 billion euro), a 25% reduction of the minimum wage for private sector workers, the elimination of bonus pay for private sector workers (which would mean cuts of 20 to 30% in overall wages), "recapitalisation of the banks", a cut of 20-25% in supplementary pensions and the sacking of 150,000 public sector workers by 2015.

The leader of the extreme right wing party LAOS has correctly warned that these measures will provoke "economic collapse and a social explosion of a kind that Europe has not seen for decades". Of course the hypocritical Karatzaferis is part of the three party coalition supporting Papademos. He is not worried about the suffering of Greek workers, but about the fate of his own job in the forthcoming elections, but when he talked about these measures provoking "revolution" he was not far off.

A first sign of this was the decision of the general assembly of workers at the Kilkis General Hospital to occupy the premises and put them under workers' control and management. We reproduce here the full text of their statement issued on Sunday, February 5:

The workers of the Γ.Ν. (General Hospital) of Kilkis: doctors, nursing and the rest of the staff that participated in the General Assembly concluded that:

1. We recognize that the current and enduring problems of Ε.Σ.Υ (the national health system) and related organizations cannot be solved with specific and isolated demands or demands serving our special interests, since these problems are a product of a more general anti-popular governmental policy and of the bold global neoliberalism.

2. We recognize, as well, that by insisting in the promotion of that kind of demands we essentially participate in the game of the ruthless authority. That authority which, in order to face its enemy - i.e. the people- weakened and fragmented, wishes to prevent the creation of a universal labour and popular front on a national and global level with common interests and demands against the social impoverishment that the authority's policies bring.

3. For this reason, we place our special interests inside a general framework of political and economic demands that are posed by a huge portion of the Greek people that today is under the most brutal capitalist attack; demands that in order to be fruitful must be promoted until the end in cooperation with the middle and lower classes of our society.

4. The only way to achieve this is to question, in action, not only its political legitimacy, but also the legality of the arbitrary authoritarian and anti-popular power and hierarchy which is moving towards totalitarianism with accelerating pace.

5. The workers at the General Hospital of Kilkis answer to this totalitarianism with democracy. We occupy the public hospital and put it under our direct and absolute control. The Γ.N. of Kilkis, will henceforth be self-governed and the only legitimate means of administrative decision making will be the General Assembly of its workers.

6. The government is not released of its economic obligations of staffing and supplying the hospital, but if they continue to ignore these obligations, we will be forced to inform the public of this and ask the local government but most importantly the society to support us in any way possible for: (a) the survival of our hospital (b) the overall support of the right for public and free healthcare (c) the overthrow, through a common popular struggle, of the current government and any other neoliberal policy, no matter where it comes from (d) a deep and substantial democratization, that is, one that will have society, rather than a third party, responsible for making decisions for its own future.

7. The labour union of the Γ.N. of Kilkis, will begin, from 6 February, the retention of work, serving only emergency incidents in our hospital until the complete payment for the hours worked, and the rise of our income to the levels it was before the arrival of the troika (EU-ECB-IMF). Meanwhile, knowing full well what our social mission and moral obligations are, we will protect the health of the citizens that come to the hospital by providing free healthcare to those in need, accommodating and calling the government to finally accept its responsibilities, overcoming even in the last minute its immoderate social ruthlessness.

8. We decide that a new general assembly will take place, on Monday 13 February in the assembly hall of the new building of the hospital at 11 am, in order to decide the procedures that are needed to efficiently implement the occupation of the administrative services and to successfully realise the self-governance of the hospital, which will start from that day. The general assemblies will take place daily and will be the paramount instrument for decision making regarding the employees and the operation of the hospital.

We ask for the solidarity of the people and workers from all fields, the collaboration of all workers' unions and progressive organizations, as well as the support from any media organization that chooses to tell the truth. We are determined to continue until the traitors that sell out our country and our people leave. It's either them or us!

The above decisions will be made public through a news conference to which all the Mass Media (local and national) will be invited on Wednesday 15/2/2012 at 12.30. Our daily assemblies begin on 13 February. We will inform the citizens about every important event taking place in our hospital by means of news releases and conferences. Furthermore, we will use any means available to publicise these events in order to make this mobilization successful.

a) our fellow citizens to show solidarity to our effort,

b) every unfairly treated citizen of our country in contestation and opposition, with actions, against his'/her's oppressors,

c) our fellow workers from other hospitals to make similar decisions,

d) the employees in other fields of the public and private sector and the participants in labour and progressive organizations to act likewise, in order to help our mobilization take the form of a universal labour and popular resistance and uprising, until our final victory against the economic and political elite that today oppresses our country and the whole world.  (original, source of English translation)

Health care workers have been particularly badly hit by the austerity measures, but an administrative mistake has made their life literally impossible in February. The wages of all civil servants were already cut in November last year. However, the inclusion of health workers in the new single payroll was delayed and they were paid on the basis of their old wages for the months of November, December and January. Now, the Health Ministry wants to recover what they were "overpaid" by deducting it from their salaries. Some health workers will receive wages of 10 or 20 euros, after payment of mortgages, increased income tax and the new "solidarity tax" which are deducted directly from their pay slips. In one case, a nurse received only €2.81! In another example, a nurse, mother of 2, received a wage of 18.90 euro for the whole month of February, after deduction of a 580 euro repayment on a loan.

Health workers have launched a campaign of protests (see VIDEO) and the occupation of the hospital in Kilkis is part of this.

A December 9 report from CNN showed another side of the impact of the massive attacks on working people: a whole new generation of homeless people, kicked into the streets by the economic crisis. According to some NGOs, the number of homeless people has gone up by 25% in Athens alone.

A report in the daily Eleftherios Typos explains how many of them take the shuttle buses to the airport where they spend the night pretending to be airline passangers waiting for a flight, so that they can keep warm and use the toilet facilities at the airport.

"“I remember one night I saw a homeless man to shave himself  in the rest room. It froze my  heart. I think of the suffering of  all these people. How can we throw them out?  And then? Where will they go?” an airport worker confessed to Eleftheros Typos.Indeed, it is often very difficult to distinguish as among the  homeless are welldressed people who lost their homes recently due to debts and seek some place to spend the night."  (quoted in the Keeptalkinggreece blog)

The unions have called another 24-hour general strike tomorrow to protest against this latest round of attacks. It is clear however that one more general strike will not make a difference. What is needed is a clear plan to escalate the struggle towards an all out general strike against the government, including factory and workplace occupations like the one at Kilkis, combined with a united front of the left wing parties to offer a political way out of  the situation.