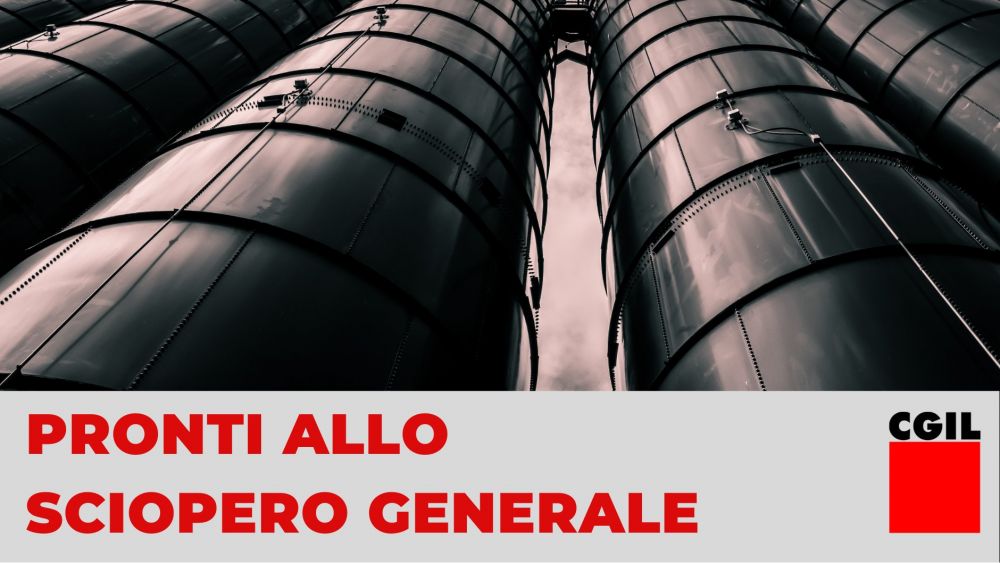 Faced with strike action by the working class and pressure from the bosses, the Italian government has flip-flopped on shutting down non-essential production to fight the coronavirus pandemic. Now the workers in Lombardy are preparing a general strike, with other parts of the country set to follow. A stormy new period is being prepared.

The coronavirus outbreak is creating the most severe economic and social crisis Italy has seen in decades. Cuts to the public health service and the light-minded attitude of the Conte government in the first weeks of the outbreak led to the situation that we are witnessing now. The growing number of deaths (yesterday we reached 5,476) and of the people infected (yesterday, nearly 60,000) is provoking an unprecedented feeling of anger, and widespread questioning of the system.

The several government’s decrees introduced, one by one, a lockdown of everyday activities: schools, universities, bars, restaurants, and a whole number of shops are closed. A significant number of trains and flights are cancelled. No one can go out of the neighbourhoods where they live, you cannot walk freely, even alone, too far away from your flat.

The hashtag #Istayathome is everywhere. It apparently applies to everyone, except the workers. Factories, call centers and offices were still open until last weekend. Buses and tubes at peak hours are packed. These are all situations that create the ideal conditions for the spread of the virus, and where keeping a one-meter distance between people is practically impossible. Everybody can see that we are talking about class discrimination, where the people most exposed to the virus are the workers and their families.

The pressure to issue a complete lockdown of production came, not only from the workers, who launched a series of wildcat strikes starting on 11 March, but from governors of the northern regions of Italy, and several mayors as well. The local medical institutions were extremely worried that the whole health service system would collapse.

The mood for a total blockade of the factories was growing at lightning speed. On 14 March, bosses, trade union leaders, and the government reached a deal to keep factories and offices open “in full security”, which provoked huge discontent among ordinary workers. A small indication was the success of our appeal, “The workers are not expendable”, which found nearly 300 supporters (including shop stewards, trade union activists, etc.) in the space of 48 hours.

On the night of Saturday 21 March, with the tragic news of a record death toll of more than 700 hundred people in only 24 hours, the government was backed into a corner. After a meeting with trade unions and employers' associations, Conte declared that the government was about to close all production activities, with the exception of those that provide essential goods and services. The workers felt that they secured a partial victory.

But on the morning after, Sunday 22 March, the lobbying began.

In a letter, Vincenzo Boccia, the head of the bosses’ organisation Confindustria, asked the prime minister Conte to severely limit the closure of companies for a variety of reasons, explicitly including the risk that companies would find themselves "running out of cash[!]". Boccia also asked the government to "evaluate the necessary measures to avoid negative impacts on the stocks of our companies". Last but not least, with the closures, the bosses “would lose hope” for the investments!

Faced with the most serious health emergency since the post-war period, the ruling class has put the profit of the few before the health of the vast majority of the population. The response was almost immediate! The decree issued on Sunday night lifted the order of lockdown for a number of sectors.

From defence industries to aerospace, from textile to chemical factories, from call centers to banks, the decree said that not only essential sectors but also those deemed to have “strategic” importance to the national interest would remain open!

The final word about this decree will fall to the prefects of every province… after examining the company's self-certification!

Maurizio Landini, the general secretary of CGIL, was puzzled and declared: “it was not the text we agreed upon”. This often happens when you trust only in negotiations and not in the strength of the class that you represent!

Once again, the events in Italy confirms the famous sentence of the Communist Manifesto: “The executive of the modern state is but a committee for managing the common affairs of the whole bourgeoisie.”

Today, a whole series of strikes broke out in several factories in the north of the country. Landini, interviewed on national radio, stated clearly that the union “supports every strike action call by the local union and shop stewards committees” and that “we are ready for a general strike”. Already, a general strike has been called in Lombardy for Wednesday.

Boccia replied that he saw “no use for a general strike” and that we should not send “negative messages”, just to add insult to injury!

The trade union should call for a general strike now, to stop all the factories that are not essential for dealing with the emergency, and at the same time ensure compliance with safety measures for all those working in the essential sectors.

Through the experience of the past several weeks, it is clear that we cannot trust the bosses and the government to guarantee our health. Workers control committees should be established throughout the country. They should decide on which production is essential for addressing the emergency or not.

The coronavirus outbreak is changing the beliefs and habits of millions of people, who are beginning to come to the conclusion that the most fundamental contradiction in society is between the interests of the minority of the capitalists and the majority of the proletariat. These interests are irreconcilable.

Once the emergency is over, the class struggle (which even now is still in its early stages) will strike like a thunderbolt from a clear blue sky. The Marxists in Italy are preparing for these stormy events by intervening fully in today’s emergency.