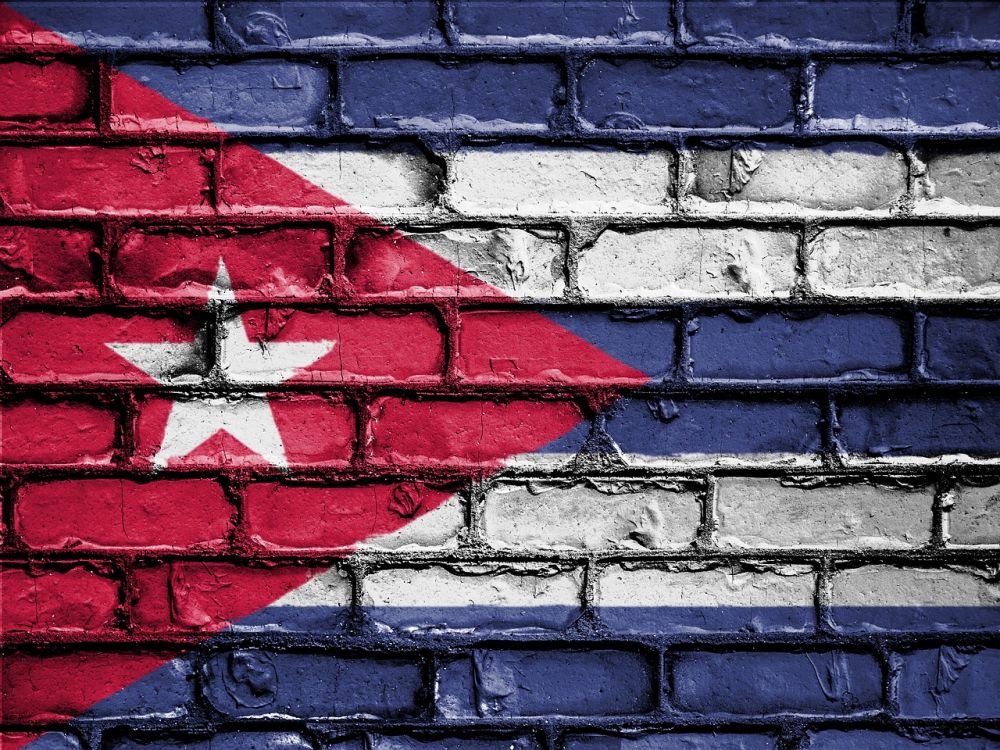 The Cuban revolution is once more being attacked by the imperialists. They raise a hue and cry about “democratic rights”, but what they are really concerned about is a country where private property of the means of production has been abolished, where the revolution has survived, in spite of many mistakes and difficulties, and which continues to be a point of reference for the downtrodden masses of Latin America. In this, the International Marxist Tendency stands firmly in support of the Cuban revolution against the attacks of imperialism.

The Cuban revolution is facing further harassment from the capitalist powers. There is a hysterical smear campaign on an international scale, demonstrating once more the hatred of the bourgeois for a revolution, which in spite of its errors and difficulties has remained in place and has continued to represent a focus of attraction for the workers and peasants of Latin America and internationally.

Orlando Zapata, a prisoner who was detained initially for crimes such as fraud, stabbing, house burglary and public order offences, began a hunger strike demanding a television, cooker and a personal telephone in his cell. He was supported and manipulated by the counter-revolution based in Miami, until he eventually died. The death of this prisoner is undoubtedly sad, but it has become the spearhead for a new campaign against the Cuban revolution.

After the death of Zapata, four other prisoners began a hunger strike, although they gave up after a short time. Only one, Guillermo Fariñas, has continued, at his home in Santa Clara where he is under house arrest.

The bourgeois are showing their double standards. In US prisons 7,000 prisoners die each year. Many are murdered or commit suicide, but when a prisoner dies in Cuba, the imperialists suddenly begin to worry about human rights for prisoners. The object of this is not to promote the welfare of the prisoners, but to blackmail the Cuban revolution and to make progress in their struggle to smash it, using hypocritical phraseology full of words like “the transition to democracy”, which is nothing other than an attempt to restore capitalism.

The capitalists don’t base themselves on moral arguments, but on their class interests. A clear example of this is the recent report on the Evaluation of Human Rights in 194 countries that the US State Department carries out annually, where the countries with the worst evaluations are Cuba and Venezuela. Meanwhile in the case of Honduras, while they criticise some of the crimes during the rule of the Micheletti government, they have recognised the government of Porfirio Lobo as democratic, without mentioning the torture, assassination and imprisonment that the workers, peasants and students are suffering. We have heard nothing from Barack Obama or the European Parliament about this regime, but we have heard their condemnations of the Cuban revolution and Venezuela.

The capitalists and their representatives in the U.S. and European governments have not limited themselves to declarations about Cuba, but have mounted a series of actions that seek to destabilise it, promoting mobilisations, albeit miniscule, of the “damas de blanco” [Ladies in White] in Cuba, where US and European Diplomats like the German Volken Pellet have participated. Also in Miami they have organised demonstrations against the Cuban Revolution where “honourable” citizens like the terrorist Posadas Carriles participated. These actions have been met by bigger demonstrations where the students of the FEU have organised many acts of protest in cities like Santiago de Cuba and Havana. Internationally we have seen important actions that demonstrate solidarity in support of the Cuban revolution.

The real concern of the imperialists is not with human rights, liberty and democracy. What they seek is to smash the revolution. What imperialism cannot permit is the existence of a country that defies the domination of imperialism, where private ownership of the means of production has been abolished. In the real context of the revolutionary wave in Latin America, the Cuban revolution represents an inspiration for millions of workers, peasants and youth. The abolition of capitalism and the planning of the economy are the base upon which the advances that the Cuban revolution has made in the field of education, health and housing above all, have been achieved. The “democratic rights” that the European Parliament and the international bourgeois media refer to are none other than the “right” to exploit the work of others, the “right” to live in the street because of not being able to pay the rent, the “right” to illiteracy for lack of an education, the “right” to die of curable diseases because a public health service that serves all does not produce profits, the “right” to unemployment and poverty, the “right” to the private ownership of most of the land for a handful of big idle landowners, etc. The masses of Latin America know all about these “democratic rights”.

In this battle, the International Marxist Tendency stands unconditionally on the side of the Cuban Revolution against the cries of imperialism and “democratic” bourgeois public opinion. The Cuban people have resisted enormous pressures particularly since the fall of the USSR, and above all have heroically kept the revolution alive. The isolation of the revolution in a small island 90 miles from the United States has inevitably created serious problems. Even Fidel has warned against the role of the bureaucracy and corruption. The relations between Cuba and world capitalist market are totally unequal and a source of penetration of capitalism into the planned economy. In Cuba this has opened a debate over the future of the revolution. Some have called for market reforms “a la China” (or to adopt the “Vietnam” model). We must explain that such a road would be a disaster, which would open the door to a rapid restoration of capitalism. But in this debate you can also hear other voices that call for a solution to the problems that the revolution faces through a greater participation of the population in the running of the economy and the state, defending the revolution, not the introduction of capitalist methods.

For us, the best way to defend the Cuban Revolution is with the widest workers’ democracy, that is to say worker’s control of the economy and the state through workers councils as defended and put into place by Lenin in revolutionary Russia in 1917. But the survival and continuation of the Cuban Revolution lies above all in the overthrow of capitalism in the countries of Latin America that are experiencing revolutionary processes, preparing the way for the rational and democratic planning of the economy to the benefit of the majority of the population. There is not, nor can there be, socialism in one country, as the Marxists have always explained and as has been demonstrated with the restoration of capitalism in the USSR, Eastern Europe and also in China and Vietnam, with disastrous consequences for the masses. The victory of socialism in the end can only be completed with the expropriation of the banks and big business in the advanced capitalist countries, that is to say with the abolition of the regime of private property of the means of production and its replacement by the democratic and collective control of the economy by the working class on a world scale. To this end it is important and indeed crucial to construct a genuine anti-capitalist and revolutionary socialist international. To save the Cuban Revolution and to deepen and complete the Venezuelan revolution, the International Marxist Tendency supports with all its forces the call of Comrade Hugo Chavez for a Fifth International that would bring an end to capitalism throughout the whole planet.

International Marxist Tendency/Corriente Marxista Internacional (www.marxist.com),
This email address is being protected from spambots. You need JavaScript enabled to view it.