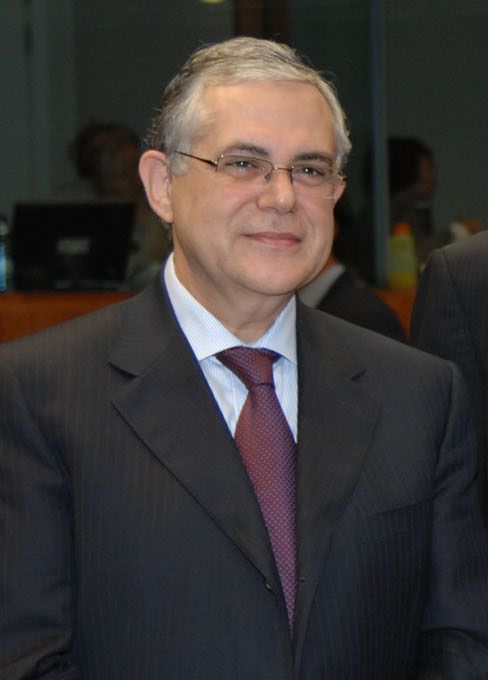 Yesterday’s Eurogroup meeting in Brussels finally reached a deal and, in the most provocative manner, put a seal on the drama that the Greek working people have had to endure for the past two years.

The highlight of this provocative deal is the obligation on the Greek parliament to revise the constitution in 2013 and insert a clause that will safeguard the interests of lenders and transform these into a national priority. Healthcare, education, wages and pensions, issues of vital importance for the Greek people, are to be regarded as insignificant compared to the need to ensure the profits of the usurers.

Furthermore, the so-called "write-off" reveals an acceptance on the part of the Troika of the fact that over the coming decades Greece will be permanently indebted. This confirms the cynical acceptance on the part of the lenders and of the Greek ruling class of the fundamental Marxist assessment: there is no prospect of substantial growth or any improvement in the position of Greece's people under capitalism.

Apart from the shameful amendment of the constitution, the new agreement includes:

– The creation of a special closed account, where the Greek state will deposit in advance repayments and the interest due for the next quarter. This simply means that every day running costs and social spending of the state will be considered an “excess”. Thus, if at any moment a default is declared, it will be the lenders who will be prioritised.

– Acceptance of the EU's financial monitoring of the Greek government, with commissioners in key ministries, regardless of the composition and mandate of the government of the day.

– The “haircut” (i.e. the debt write-off) on bonds in the hands of individuals will be as high as 53.5% (or €107 billion) with an average interest rate on new bonds of 3.65%, while securities will be governed by English law. This means that banks and other private institutions holding Greek bonds will have a significant part of the value of what they hold saved, while the rest have been transformed into "junk" without any value. Moreover, the application of English law ensures that Greece will not be able to unilaterally change this agreement and, should there be a default, the creditors would have the right to seize state assets and impose multiple sanctions on the country.

Here, again, we must stress the point that the government has been carefully concealing the fact that the new loan will go entirely to creditors. Thus the new loan is not to “save the country”, but the usurers.

The general conclusion that we can draw from all this is that this formal agreement protects the creditors from the effects of impending bankruptcy and pushes the country towards an internal default. This is bound to happen next year – as was stated in an article published today in the Financial Times. This will be the inevitable result of the ongoing and deepening recession, which is being further fuelled by the new austerity measures and the consequent collapse in tax revenues, which will lead inevitably to the need to print local currency to make domestic payments. In other words, preparations are being made to push Greece out of the euro when the next bailout is required.

Papademos’s characterization of the “Eurogroup” agreement as one of historic importance for Greece, apart from revealing that he is an utter political charlatan, reveals the complete identification of the Greek ruling class with the interests of the foreign creditors. The Greek bourgeoisie is organically connected in a common block with their lenders.

The way they "dealt" with the problem of Greek debt, by simply shifting the burden onto the shoulders of the workers in the form of lasting cuts, should also be a lesson for all of Europe. Thus, it becomes evident that the struggle of the Greek workers is not national, but class based. What we, all the workers and poor of the country, need now is not patriotism, but class consciousness and international class struggle. Furthermore, the demonstrations of solidarity with the Greek people organised in a series of countries around the world these past few days, amply prove in practice what the Marxists have been patiently explaining all along: the only true allies of the workers in Greece are their colleagues in Europe and around the world.

After the provocative “Eurogroup” agreement, the government has said it may have to “reconsider” calling elections. This is perfectly natural, as the attempt of the bourgeois parties and leaders to defend the agreement and seek electoral rewards for this “achievement” would provoke only anger and disgust among the Greek working people. So it is necessary to repeat what we wrote immediately after the passage of the austerity measures in parliament: elections must be imposed by the fighting spirit and vigilance of the labour movement and the poor masses.

The trade unions and political parties who support the struggle against the government and the Troika should demand the immediate calling of elections and at the same time prepare for an all-out general strike lasting through to March if the elections are not called. They should also invite the workers across Europe to organise common days of general strike action and mass demonstrations against this international attack of the capitalists.

But we also have to understand that elections in and of themselves will not solve anything now if the KKE and SYRIZA do not unite in a common struggle for power and socialism. Otherwise the terror campaign of the Troika and the ruling class, of posing the dilemma as being one of choosing between “either impoverishment or default”, will be left unanswered, and the Left would not be able to offer the perspective of an alternative government and thus the bourgeois political leaders would be able to salvage something of their declining popularity ratings. This would give the ruling class another opportunity to come up with a government that would meet their interests and not those of the working people.