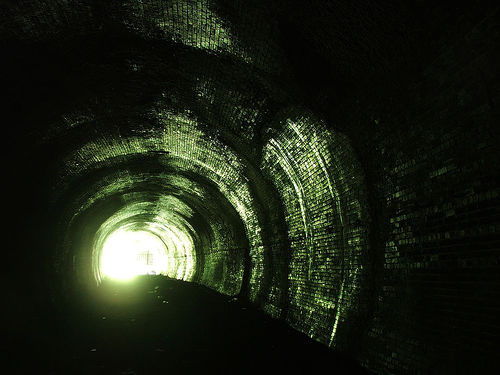 For the capitalists, this Great Recession could be more or less over, but the level of spare capacity in industry and construction together with the level of debt still owed by businesses, government and households alike mean that this recovery may be stunted. Every major capitalist economy now finds that it has more than 30% more capacity than it needs to meet demand. That is a record high of overcapacity in industry.

For the capitalists, this Great Recession could be more or less over. The pace of decline in the major capitalist economies slowed in the second quarter of this year. Indeed, in some major economies like Germany and France, national output rose. And in some smaller ones like Australia and Norway, there was a small pick up in growth.

At the same time, the big less mature capitalist economies like India and Indonesia continued to grow, while China also maintained positive growth. Indeed, in Asia’s less developed capitalist economies, which contribute about 10-15% of global output, industrial production is up sharply.

Measures of business confidence have turned up – they may not indicate much growth but they do indicate a bottom. The stock markets of the major economies have experienced a massive rally in prices. From lows in March, there has been a 50% rise in stock prices across the board, led by the financial sector and bank shares.

The epicentre of the crisis that triggered it all was the housing market, particularly in the US, but also in Europe and other capitalist economies. Prices of the average home in the US have plummeted by 30% from their peak, and similar falls have been experienced in the UK. Sales transactions and mortgage applications have fallen over 75%. But in the last few months, there has been a stabilisation of sales and even a small increase in prices in certain countries. The bottom of the housing bust is nearly there, even though prices could fall further yet as unemployment rises and more people default on their mortgages.

The OECD and other economic forecasters have now upgraded their estimates of growth in national output for the major economies. They now expect GDP to rise in the US and Europe in this third quarter of 2009, with the UK lagging behind and not recovering until Christmas. But recovery it is for 2010 across the board.

The OECD now forecasts that the Great Recession that officially started in 2008 will have fallen 3.7% in the top seven capitalist economies this year. That follows a 4% plus decline in 2008. So this recession will mean that the top seven economies will have lost 10% of their national output in less than 18 months. But it is even worse than that if you take into account the loss of potential output that should have been achieved by these capitalist economies of say 3% a year. In effect, 15% of output has been lost forever.

Also staggeringly, we have seen a fall in world trade of about 15% in real terms since the start of the Great Recession – the whole capitalist world has been involved. But now it looks as though trade will recover in 2010.

As for the global financial system, the IMF puts the total loss from the credit crunch at $4.1trn, or 6-7% of world GDP, lost forever. The IMF reckons that the US banks have suffered about 60% of their ultimate losses, while the European banks have admitted about only 40% of theirs. The ECB says Eurozone banks face another $300bn in further losses.

The key question now is whether the banks and other financial institutions (insurance, pension funds and hedge funds) have raised enough capital to cover future losses (assuming that these institutions can also make profits from here on to help restock capital reserves).

The latest data show that globally financial institutions have raised less in new capital than their losses. This suggests that, unless governments are prepared to come in with another bailout, banks globally will be unable to expand credit for some time ahead as they try to raise reserves and capital to meet capital adequacy levels. This is the real hit to future economic growth globally.

So the banks will not help economic growth for the next two years at least unless they can raise more capital and that implies more state funding of perhaps $200-$500bn, an unlikely outcome.

That’s because, governments in developed countries have already put up $11trn of taxpayer funds, or one-fifth of global output, to support the financial sector. This involves the biggest input of taxpayer’s money since the Second World War.

The Great Recession has been hugely damaging to capitalism. But economic recovery is now ahead – there is light at the end of the tunnel, perhaps – for capitalism.

But for the working class, the Great Recession has a long way to go yet. Unemployment is rising sharply. In the US, it has hit 9.7%, the highest level for 26 years and is expected to rise above 10% by the end of the year. If you include all the people receiving some form of benefit, there are 15m Americans now looking for work.

About 4.3% of U.S. homes, or one in 25 properties, were in foreclosure in the second quarter, the Washington-based Mortgage Bankers Association said last month. That’s the most in three decades of data, and loans overdue by at least 90 days, the point at which foreclosure proceedings typically begin, rose to 7.97 percent, the highest on record.

America’s working class have taken a huge hit. There was an average $2,000 decline in real household income in 2008, the largest annual drop in 40 years! Real incomes for average Americans are now back where they were 12 year ago.

Such is the inequality of income and wealth in the US that for the bottom 20% of households, the fall has been even worse. Just 25 years ago, the top 20% of American households had 45% of all income; by 2008, that share had reached more than 50%.

The burden of meeting debt repayments remains at record levels – around 18-19% of average income. According to a recent survey by ACNielsen, Americans are “among the most cash-strapped people in the world”, with 22% having no money left after having paid for essential living expenses. Out of 42 top capitalist nations, Americans saved the least.

The big disaster has been the loss of wealth tied in the value of the homes that Americans have bought and in the value of the shares they own through their retirement accounts. Since the start of the Great Recession, household wealth has plummeted by 20% with $14trn being lost in value; $5trn from the value of homes; $6trn in the stock market and another $3trn from other investments.

It is the same story in the UK, where the HBOS bank estimates that an average of £31,000 per household has been lost in wealth because of the Great Recession: £422bn from falling house prices and £393bn from lower share prices. This is the first fall since 2001. British workers have tried to reduce their debts accordingly and been forced to default on their mortgages. Even so, net wealth (after reduced debt) fell 10% in 2008.

So what sort of recovery can we expect now that the Great Recession has bottomed? The optimists of capitalism hope that it will be V-shaped. That means they expect that the sharp fall in global output and profits will be mirrored in reverse by a sharp recovery. The losses suffered during the Great Recession will be quickly recovered and it will be business as usual for capitalism.

This is the ‘natural’ sort of recovery under capitalism and was experienced, for example, after the big slump of 1974-5, after which followed five years of strong economic growth before capitalism dropped into an even deeper slump in 1980. But it may not happen this time.

In the natural recovery, the recession reduces the cost of production and devalues capital sufficiently to drive up profitability for those capitalist enterprises still standing. Unemployment drives down labour costs and bankruptcies and takeovers reduce capital costs. Businesses then gradually start to increase production again, and eventually begin to invest in new capital and rehire those in the ‘reserve army of labour’ without a job. This boosts demand for investment goods and eventually workers start buying more consumer goods and recovery gets under way.

But such is the overhang of spare capacity in industry and construction this time and such is the level of debt still owed by businesses, government and households alike that this recovery may be stunted. After all, every major capitalist economy now finds that it has more than 30% more capacity than it needs to meet demand. That is a record high of overcapacity in industry. Production is going to have to rise some way before new investment will be considered.

It could take the form of a U-shape: what is called a jobless recovery as we saw after the recession of 1991-2. In the early 1990s, businesses renewed investment slowly and held back from rehiring workers for several years. So economic growth was slow in resuming.

It could even become W-shaped. There would be a double-dip. The weight of overcapacity and debt would be too much to allow the revival of consumer spending and investment, so the economic recovery would be short lived and the major capitalist economies would slip back into recession. That is what happened in 1980-82. It took two recessions to get thing going finally.

Even worse, the recovery could take an L-shape. As in Japan after the collapse of the great credit bubble there in 1989, the economy remained in the doldrums for a whole decade. Huge debt has piled up in the banks and rather than write these off and cause major bankruptcies and a banking crisis, the Japanese government used taxpayer’s money to bail the banks out with loans and guarantees. The banks in turn sat on their debts, but did not lend money for new investment. This sounds similar to the current environment.

But probably, the recovery will be more like a square root sign. The big fall in output is over. Now there will be an upturn. But it will fall short of restoring the rate of economic growth achieved before the Great Recession. Instead of 3-4% a year, output in the major economies will be closer to 1-2% a year. That will not be good enough to restore profitability to previous levels. The capitalist system will thus face the risk of a new slump further down the road.