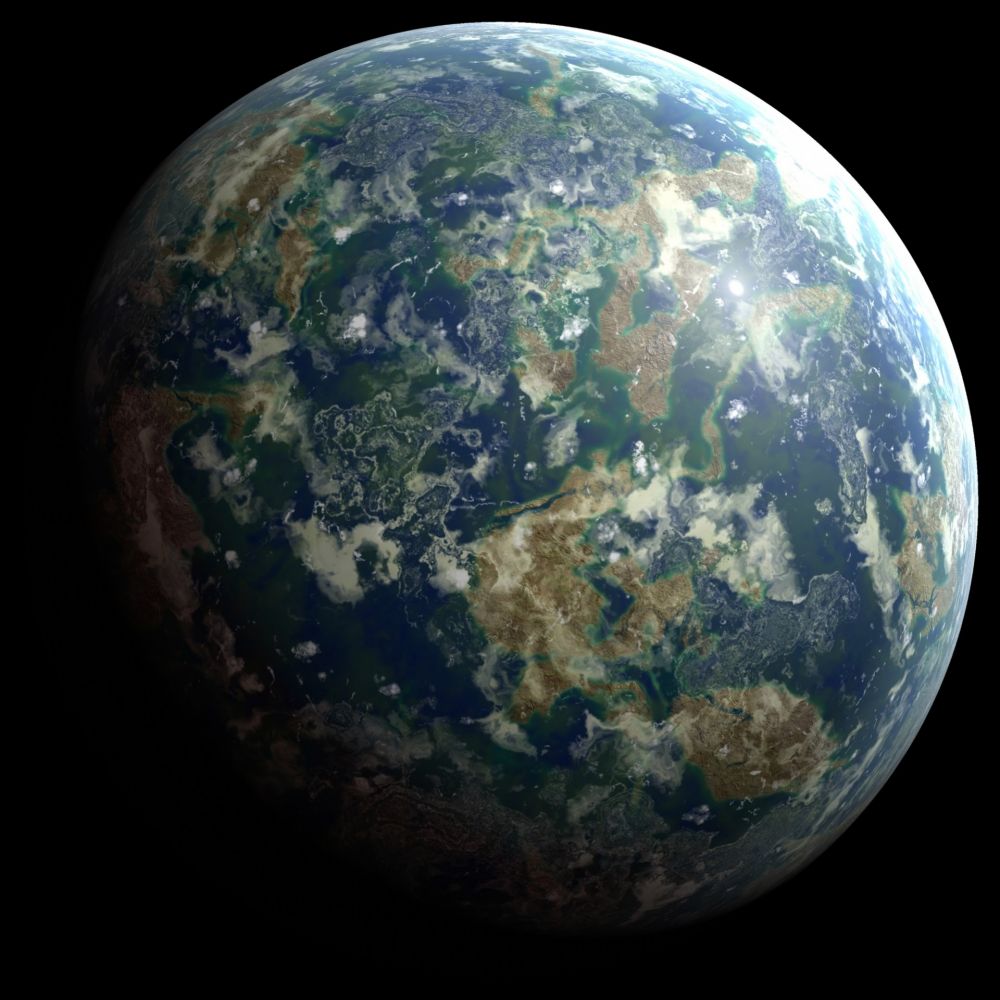 "According to the defenders of capitalism and the "free market", socialism in general and marxism in particular is all but dead and buried. However it may be instructive to examine one of the main environmental problems created by the free market, namely global warming. This has been described as the greatest disaster facing humankind, not to mention a myriad of other species! The question is can the capitalist system find a global solution?".

According to the defenders of capitalism and the "free market", including "New Labour", socialism in general and marxism in particular is all but dead and buried. However before they begin the wake it may be instructive to examine one of the main environmental problems created by the free market, namely global warming. Global warming has been described as the greatest disaster facing humankind, not to mention a myriad of other species!

The question is, are the predictions correct and more importantly, if they are, can the capitalist system find a global solution?

What is Global Warming?

Global warming is a consequence of the greenhouse effect. The greenhouse effect involves, as the name suggests, the trapping of solar heat within the lower reaches of the earths atmosphere by greenhouse gases, rather like greenhouse glass. In normal circumstances it is essential to the maintenance of most life on this planet. Without the naturally occurring greenhouse effect global temperature would be about 34oC colder than it is at present. The major greenhouse gases are Carbon dioxide (CO2), methane and water vapour. The normal decay of organic matter ,in forests and grasslands, releases about 220 billion tons of CO2 into the atmosphere which currently accounts for about 95% of total emissions. This CO2 is re-cycled by dissolving in the oceans and through the process of photo-synthesis into further plant growth. There is a fine balance between the atmosphere, the oceans, ocean currents and climate, a process which is still little understood. The other 5% of CO2 emissions is produced by human activity, the majority of which is accounted for by the burning of fossil fuels. This addition, over and above the natural cycle, has resulted in a 30% increase in atmospheric CO2 levels over the last 200 years. This has caused an increase in averaged global temperatures of between 0.3 and 0.6oC over the last hundred years or so. So what, you may ask, why is half a degree centigrade anything to get agitated about? Firstly this increase is averaged over the whole planet and represents a massive amount of additional retained energy. Secondly the effects of increases in atmospheric temperature are varied, some areas have become colder and wetter, others hotter and drier. Thirdly the rate of fossil fuel consumption has been exponential. Six of the ten warmest years globally recorded since records began in 1860 occurred in the 1990's, the other four occurred in the late 1980's! Study of deep ice cores and deep sea sediments suggests that century to century variations of CO2 recorded this century have rarely been approached over the last 10,000 years. Also over this last century sea levels have risen, depending on location, by between 10 and 25 centimetres.

The problem with large scale burning of fossil fuel, such as coal and oil, is that CO2 locked into these fuels over many millions of years has been released over a mere instant in relation to its period of geological formation. The natural sinks such as the oceans and growing vegetation are not capable of absorbing it. Adding to the problem is the high level of de-forestation occurring now.

The increase in average global temperatures already recorded may not be the total effect of the 30% increase in CO2. "Transport lag" may be occurring. A good analogy of transport lag is taking a shower. If you put your hand under a shower and decide it isn't hot enough you increase the flow of hot water. A period of time elapses before the full effects of your action is felt. This lag on a much different time scale may be happening with the increase of atmospheric CO2. Even if burning of fossil fuel was stopped immediately the effects of current CO2 levels might not appear for many decades to come. Ice core studies do indicate that historical levels of CO2 at the current level, many thousands of years ago, relate to appreciably higher global temperatures than we are currently experiencing. A recent report examined the phenomena of the melting polar ice caps. An area of arctic sea ice the size of Holland is disappearing every year. The average thickness of the arctic ice cap has shrunk from 3.1 metres in 1970 to 1,8 metres today. Scientists have suggested that this process could drastically affect ocean circulation and may seriously disturb the Gulf stream. Ironically Britain could face another ice age as a result of global warming!

The United Nations Environment Programme and the World Meteorological Organisation responded to the problems of global warming by setting up the Intergovernmental Panel on Climate Change (IPCC) in 1988, involving some 2000 scientists from around the world. The IPCC has predicted that further increases in globally averaged temperatures of 1 to 3.5oC will occur by the year 2100 (others have predicted a 5oC rise by 2070). As a result of this increase, global sea levels are expected to rise by a further 15 to 19 cm. Regional weather patterns will become seriously disrupted. Britain, it is predicted, will become warmer and wetter with increased storms. Other areas of the world are likely to become desertified, still others will experience extremes of heat and flooding.. Many of the recent freak weather events throughout the world may be a portent of much worse to come.

Following the work of the IPCC the leading industrialised countries eventually agreed in principle to reduce their 1990 levels of CO2 by an average of 6% by 2010, the "Kyoto Agreement". They have yet to ratify this agreement, most of the opposition coming from the USA. Large US corporations including the oil, coal and heavy energy users have formed various "scientific" front organisations in an attempt to rubbish the evidence on global warming. The work of the IPCC is now considerably hampered by a lack of funding. Despite the fact that the levels of CO2 reduction proposed at Kyoto will only slow global warming (it is estimated that a 50% reduction of CO2 is needed), it was agreed that a credit scheme would operate, the details of which would be decided at a later date. Under the credit scheme countries like the USA could purchase the unused agreed CO2 emissions of other countries, or pay other countries to plant trees to absorb CO2 on their behalf. Japan is proposing just such a tree planting programme with Australia. In reality the planting of trees can only be a temporary solution. Once the trees mature and shed leaves or die the CO2 they have absorbed will begin to be released back into the atmosphere.

The bottom line is that the major capitalist countries are unable to deal seriously with the problem of global warming.

All the predictions of future CO2 levels are based on the assumption that the disparity of consumption between western capitalism and the underdeveloped world will continue, more or less, well into the future. Apart from the obvious inequality, this is an unlikely scenario. Countries such as India are developing their industries at a considerable rate and are, not surprisingly, unwilling to curb their development in order to solve the problems created by western capitalism over the last two hundred years.

The USA produces nearly 25% of total world emissions of CO2. If the rest of the world produced per capita emissions equal to the USA then global levels of atmospheric CO2 would double every decade! The effects would be catastrophic.

World capitalism is locked into the use of cheap fossil fuels for the foreseeable future. Even the very limited Kyoto agreement has turned into a farce. The world cannot wait for the major capitalist countries to find an alternative some time in the distant future.

The problem of global warming can only be solved at an international level. The burning of fossil fuels must be drastically curbed and ultimately abandoned by about 2050. This can only be achieved by the public ownership of the major energy providers and users. Allied to this must be a revolution in the provision of cheap or free public transport. We must see an end to the gross waste of energy that characterises the current production process. An end to planned obsolescence, where products are designed for a limited life, is essential. Given current technological developments, the ability to produce products that last almost indefinitely, is entirely feasible. This can only be seriously considered if production is based on social need rather than profit. A massive investment in research and development of alternative and non-invasive energy sources and public transport on a world scale is essential.

In Britain we must demand of a Labour government the re-nationalisation of transport, water, gas and electricity as the first stage of a planned energy policy. All energy consumed by industry must be monitored. Local companies must open their books on energy use. The workers in the industries together with local residents, consumer groups, environmental groups, local trade unions and other interested groups must be represented on a local environment committee overseeing the use and choice of energy in every area with the remit to stop energy wastage in all its forms. Design and production methods would come under particular scrutiny.

The transport of goods by road must be seriously curtailed. Apart from being major emitters of fossil fuel based CO2, commercial road transport produces a number of other serious pollutants. The publicly owned railways must be granted a monopoly on long distance transport of goods. Companies requiring exceptional movement of goods by road, other than to and from the local railway freight yard or within their local area would be required to apply for special permission from the local environment committee.

At an international level the need for an equitable division of labour involving a planned economy, that produces for social need, utilising all the latest technology is the only real solution to the current problem of global warming. This would release humankind from the drudgery of wage-slavery and release the latent talents of 3 billion people. Marx once suggested that the world faces the choice of "socialism or barbarism", global warming gives Marx's words a new sense of urgency.