In the recent days a number of Departmental Unions of the French General Confederation of Labour (CGT) and at least one Federation have come out clearly against the idea of national unity promoted by French president Hollande and by the French ruling class and have rejected the state of emergency which has been declared. 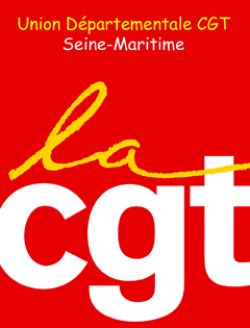 The statement of the CGT Departmental Union 76 (Seine Maritime) explains in clear terms its opposition to the state of emergency and any curtailment of democratic rights under the pretence of the “war against terrorism”:

"This terrible November 13 should not serve to restrict public freedoms and for this reason we oppose the state of emergency, because of its impact on workers in terms of their basic and trade union freedoms. It would be paradoxical that trade union demonstrations planned for the following days would not be allowed to take place since their main themes are freedom, rights, and the struggle against the violence of the bosses, violence against migrants and violence against women."

It goes on to point out how the law on “intelligence” has been used to massively extend surveillance against, amongst others, trade unionists and journalists.  The statement also points out the responsibility of French imperialism: “We cannot remain silent about the responsibility of the French government and those of the main powers regarding the situation in the Middle East. In order to maintain economic imperialist domination, in order to find markets for the multinational arms manufacturers, the rich countries have always chosen to invest in armed conflicts rather than investing in the struggle for democracy and against inequality.”

A similar statement was issued by the powerful CGT Departmental Union 75 on November 14, the day after the Paris attacks. The Paris CGT uses exactly the same wording in its opposition to the state of emergency. It also points out that “in order to understand terrorism we cannot limit ourselves to a still picture. It is necessary to analyse the sequence opened 25 years ago. Geopolitical issues, imperialism, economic interests, particularly those linked to energy, the arms trade, carry a heavy responsibility in the conflicts of the Near and Middle East.”

Read also: The Paris Massacre: Dynamite in the foundations

The Paris CGT statement ends with a clear rejection of national unity. “We appeal to the workers of the capital to develop amongst themselves links of solidarity, not only to be together in this tragic moment, but also to be united in putting an end to the roots of this violent society in crisis. The time is therefore not one of social de-mobilisation in the name of a “national unity, quite the contrary.”

In an additional statement published in its Facebook page, the Paris CGT makes it clear that it will "not renounce the right to struggle, to rally and to demonstrate" and details its opposition to every single one of the new "security measures" announced by president Hollande. It warns again against the state of emergency "and the danger it represents for public freedom, particularly trade union freedom in a context already characterised by heavy anti-trade union repression". It mocks the idea that "a suicide terrorist, ready to become a human bomb, will be dissuaded by the perspective of losing his French nationality". It opposes the reform of the Constitution by urgent means. "For the CGT Paris, there can be no question of accepting that a cornerstone of our democracy, trade union freedom, can be weakened in the name of democracy ...! It can also be no question of curbing protest againsy the anti-social policies which the government would continue to carry on as if nothing had happened, in the name of the fight against terrorism; the more so as the casualisation and social exclusion are the breeding ground for terrorism. We refuse to give up the right to defend the interests of the workers. We are able ourselves to appreciate the circumstances in which we can or not call a rally or a demonstration and we will continue to do so."

Finally, the CGT Paper, Book and Media Federation (FILPAC) issued its own statement on November 15 along similar lines, but with particular stress on the idea of combatting “national unity”. It is worth quoting the statement at length:

“We see how those same proponents of national unity are those who are guilty of harassment against social rights, allowing the development of massive unemployment and widespread casualisation, supporting only the financiers and rentiers.

“Our dead and our injured, spur us in our social struggle on the side of the people, so that society is turned in the interest of all. We do not cannot understand the legitimacy of the executive in including Sarkozy and Le Pen, while it denies a growing number of workers basic access to the means of life, work, a decent income, elemental welfare.

“If the state of emergency begins by banning all social protests, as is the case, then we need to see that this means the continuation of the anti-social policy in new ways.

“We do not accept that the tragedy which hit our people should be manipulated into a sacred union to increase the social war and destruction in our own country. If national union has any meaning it should be that of stopping all mass lay offs currently being implemented, all measures of trade union repression and all cuts of social spending"

These reactions are very significant and go against the grain of the attitude of the national leadership of the CGT which has signed a joint statement with other unions that makes no mention of the role of French imperialism and even worse, contains no opposition nor criticism to the state of emergency introduced by Hollande and now extended for three months. A number of trade union demonstrations and strikes have already been cancelled or postponed, but this mood is not likely to last.

Also very significant is the fact that far right groups of “identitaires” were kicked out by the people from the mourning gatherings in Lille and Metz as can be seen in the following videos: