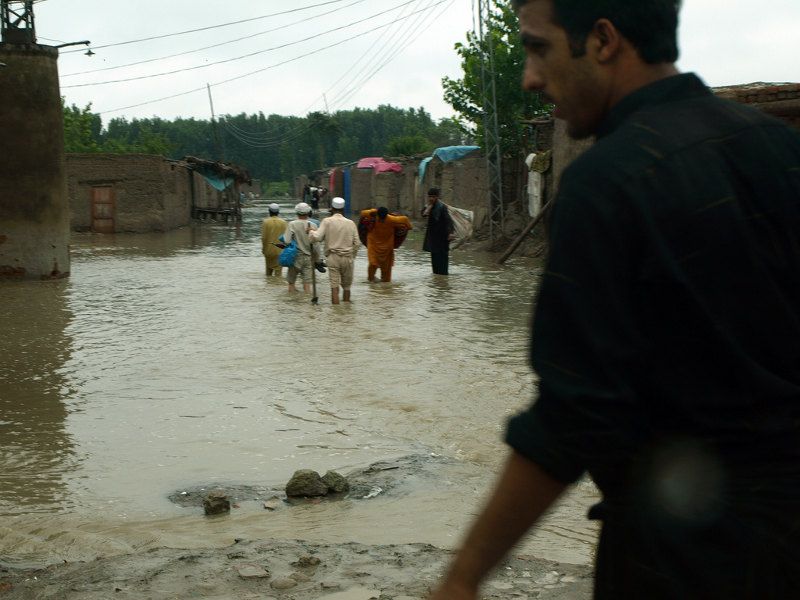 The Pakistan Trade Union Defence Campaign has launched Revolutionary Flood Relief and Protest Committees across Pakistan, especially in the intensely affected areas, to conduct an efficient and effective rescue and relief effort. Fifty seven camps of this campaign have been set up in various regions and is appealing for help.

The recent heavy rain and the worst ever floods in Pakistan in 80 years have brought even greater misery for the millions of oppressed masses already ravaged by unprecedented levels of terrorism, brutality of the state, poverty, hunger, exorbitant prices, unemployment and suffering. It has been declared by the UNO to be a greater human disaster than the Asian tsunami of 2004, the Kashmir earthquake in 2005 and the disaster in Haiti, in terms of the number of people affected.

More than 20 million people have been displaced and affected by this calamity. About 2000 have perished and thousands are suffering from disease and hunger. Their dwellings have been swept away and their crops have been destroyed. They have no shelter and have been out in the open in agony and pain without food or water for more than a week.

The already crumbling economy will be shattered by this disaster and the rulers will further increase the exploitation and misery of the working masses. The response of the present regime has been disgraceful. The Prime Minister has already declared the government has not enough resources or the machinery to conduct effective relief and supply of food to the millions of victims who belong to the oppressed classes.

Leaflet issued by PTUDC and BNT (Unemployed Youth Movement) Instead, the official message for the victims has been to recite verses from the Quran and say prayers. In reality, this “natural disaster” is more manmade than anything that the so-called “wrath of God” could unleash for the so-called “sins” of these impoverished souls. What “sin” have they committed, unless being poor is a sin?

In the last sixty three years of its existence the ruling classes of Pakistan have failed to build a reasonable infrastructure. This situation has been aggravated in the last few years with 80% of the official revenues going to imperialist institutions in debt servicing and extravagant spending on the military.

It has been reported adding to the miseries provoked by the crumbling and rotten infrastructure that some feudal landlordss and government officials in South Punjab conspired to direct the flood waters to the city of Kot Addu to save their crops. At Taunsa Barrage armed goons of the local feudal landlords and MPs were present to make sure the flood waters were kept away from their crops, which eventually resulted in the catastrophe of drowning the whole city of Kot Addu. Similar incidents have been reported near Jampur and other areas.

The imperialists and the subservient ruling elite in Pakistan have plundered the state and society. The rich have become richer and the oppressed have been continually pushed into the bottomless pit of poverty and deprivation. None of the victims belong to the ruling classes. It is not accidental that even natural disasters like floods, droughts and earthquakes hit only the poor. 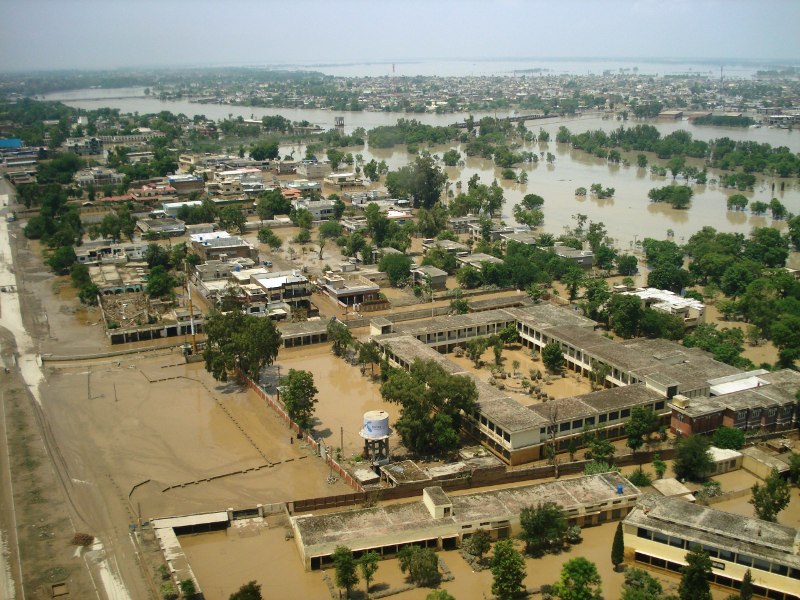 Photo: UNICEF/mogwanja. It is a commonly held opinion among the impoverished masses that much of the relief funds will not get to their destination because of the corrupt nature of the state and many of the western sponsored NGOs. The so-called “world community”, i.e. the dominant classes and politicians of the capitalist world, are themselves facing severe economic crisis. Hence their capacity to donate has been dented. In any case, so blatant is the corruption of the Pakistani rulers that the imperialists do not even trust their own stooges to spend the donations properly on relief efforts. The historical experience of such disasters and the relief efforts proves that it is the poor who donate and sacrifice more for the impoverished victims of such catastrophes.

The Pakistan Trade Union Defence Campaign (PTUDC) has launched Revolutionary Flood Relief and Protest Committees across Pakistan, especially in the intensely affected areas, to conduct an efficient and effective rescue and relief effort. Fifty seven camps of this campaign have been set up in various regions. Hundreds of PTUDC activists are actually among the victims. And they are also participating in this relief effort and organising protests to demand relief aid from the government.

Through this report the PTUDC is appealing to the workers and people around the world to support the PTUDC in this struggle in such atrocious conditions. These are testing times for us in this tragic society. But it is our firm belief that we shall overcome these hardships and all obstacles to help these oppressed masses. They have inflicted insult upon injury with the callous and indifferent attitude of the ruling elite. 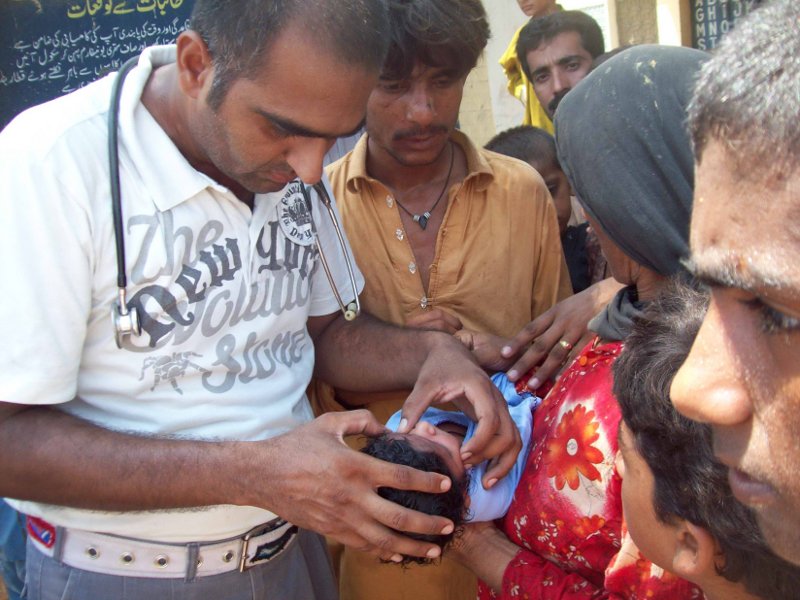 PTUDC medical relief The immediate task now is to get aid where it is needed. However, once the masses understand the political and socio-economic causes of this tyranny, they will rise up against this system and with the support of the working classes across the planet shall transform society. The exploitation, looting and plunder must be brought to an end. All the resources need to be dedicated to the survival and prosperity of ordinary working people and of the whole of the human race.

If we simply limit ourselves to aid today, but do not also step up the struggle to radically transform society, such disasters will happen again and again. A socialist transformation of society is therefore what is required. The PTUDC vows to carry this struggle to the end. With your solidarity and support we shall provide immediate aid where we have bases of support and then go on to accomplish the enormous tasks posed by history.