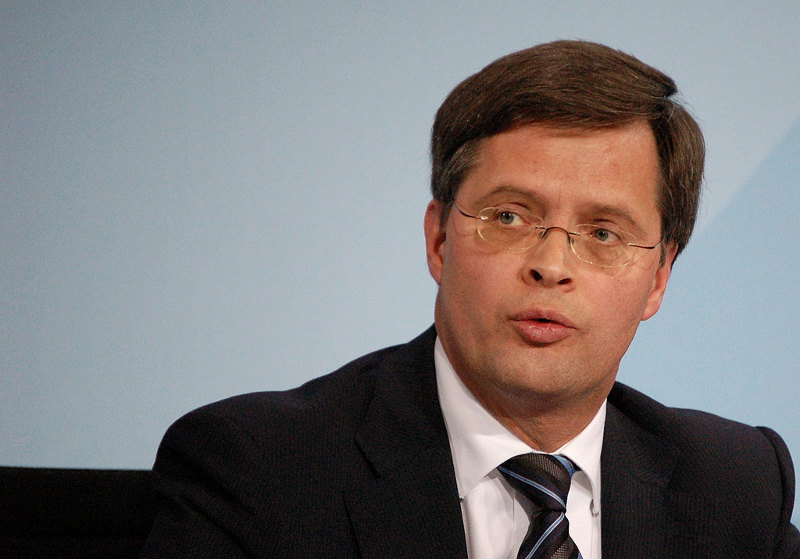 The Dutch coalition has fallen under the growing pressure of the economic crisis. What sparked it off was pressure from NATO to extend the stay of Dutch troops in Afghanistan, but it clearly highlights the growing class divide in Dutch society.

During the night from Friday 19th to Saturday 20th February the Dutch government fell. The coalition government between Labour (Partij van de Arbeid – PvdA) and the Christian-Democrats (CDA) broke over the question of extending the Dutch mission in Afghanistan.

This was the fourth cabinet led by Premier Balkenende, who has not led any cabinet to the end of the four year term. This latest cabinet was formed in 2007, as a coalition between the PvdA and the CDA, together with the small Christian Union. It was the successor of the hated Balkenende 2 cabinet (Balkenende 3 being an interim-government), composed of the CDA and right-wing liberals. While its course was less “neoliberal” and more “social”, it was still a cabinet serving the needs of Dutch capitalism, and certainly not those of the working class.

In 2007, it seemed the Dutch economy would start an upturn after some very meagre years. On that basis the Dutch capitalists and their representatives in the CDA thought it would be possible to lower the tempo of the counter-reforms. So a coalition with the PvdA was formed, and the right-wing liberal VVD was blamed for everything that had gone wrong.

While this latest Balkenende 4 cabinet was promising some more counter-reforms, on the other hand there were some more social policies, like the programme to invest in the poorer neighbourhoods to make them more liveable for the residents.

But then came something the Dutch ruling class had not foreseen, the crisis in the financial sector. The financial sector is a very important part of the Dutch economy which to a large degree relies on the services sector. The PvdA leader, Wouter Bos, who was the minister of finances, decided to carry out a very big bail-out of the banking sector. The big banks Fortis and ABN AMRO were nationalised and merged, while another giant, ING, was given billions of euros in state aid. All these billions of euros simply materialised from nowhere, while the Dutch premier Balkenende for years had been saying that there had to be cuts in social spending because of the high costs. 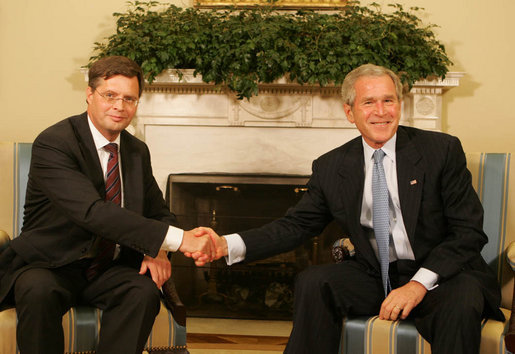 Premier Balkenende visits bush in 2008. Photo for the White House by Joyce N. Boghosian. All this meant that after capitalism had been bailed-out, the costs had to be covered by the working class, the middle class and the students; in fact, by anyone who did not belong to the capitalist class. But now the conflict between the PvdA and CDA had started. The CDA stated quite clearly that big cuts were necessary, while the PvdA was being more careful in the way it posed this question. There were all kinds of internal disagreements within the coalition, and in many cases the PvdA was forced to save the coalition. This led to a historical low rate of popularity for the PvdA. This had an impact on the leaders of the PvdA. The leadership felt they had to stick to some of their programmatic points, even at the cost of breaking the cabinet, in order to save the party. And this is what eventually happened. The PvdA promised that all Dutch troops would be out of Afghanistan by the end of 2010. Then there came a letter from NATO asking whether Dutch troops would be ready for a short extra mission. The CDA insisted this could be possible, while the PvdA insisted it would not be possible, and that led to the break-up of the coalition.

There will be new parliamentary elections this year. Already municipal elections had been scheduled for March 3. That will mean all parties will probably use the municipal elections as a first round for the parliamentary elections. The problem is that the political spectrum is splintered into many parties. This means that three or four parties are needed to form a majority coalition. In fact this will mean further instability. Our analysis is that most likely the right wing will win, as a result of the lack of a real left-wing alternative.

The rightwing parties stand for cuts, cuts and more cuts. The CDA has now broken with the PvdA, and will probably go for collaboration with the right-wing liberal VVD. Also possible is a new collaboration with the “social-liberal” D66 party. This would be the same coalition of parties that made up the Balkenende 2. A coalition like this would face enormous opposition from the trade union movement.

Support from the right-wing Party for Freedom (PVV) of Geert Wilders would probably be required to get enough support for such a coalition. It is even possible that the PVV will be taken into the government, just as the List Pim Fortuyn was in 2002.

The PVV is a very reactionary right-wing party that has partially succeeded in portraying itself as “anti-establishment”. They are opposed to immigrants, especially against Muslim immigrants, who are supposedly “taking over the Netherlands and Europe with their medieval ideology”. There certainly are some reactionary imams who teach their followers to be against homosexuals and Jews and other such ideas. Wilders uses this small minority to scare people into thinking that all Muslims are like that. This is of course reactionary nonsense, as anyone can see that are many progressive and left-wing Moroccans and Turks, such as in the trade unions, for example.

His party claims to represent “all Dutch people”, but in fact its programme is based on a combination of free-market policies and reactionary isolationism, against the big influence of the European Union on the Netherlands. It is because of this that Dutch capitalism does not fully stand behind Geert Wilders, but will use him when he is needed to divide the working class with his racist ideology.

The influence of this party should not be underestimated. While the opinion polls do not give the most accurate picture of reality, the party could become the second party in terms of seats after the next parliamentary elections. While its support originally came mostly from the rural petty bourgeoisie, now also some layers of the poorer white working class in the urban neighbourhoods where there are many immigrants have decided to support this party.

The first responsibility for all this lies on the shoulders of the left-wing parties who are presenting no real socialist alternative. In 2002 this is what also led to the rise of Pim Fortuyn. Now Geert Wilders is exploiting the problems of this poorer layer of the population – problems that are caused by capitalism – and blaming everything on the immigrant population. The aim is to get the support of these poorer layers behind his repressive anti-immigrant programme.

The leftwing, however, could still win, but it will be a tough battle. And for it to win there would have to be a fundamental change in its policies. The very mild reformist programmes – combined with support for cuts in spending at the same time – need to be dropped and replaced with a real socialist programme to put an end to this rotten capitalist system, which is at the root of all these problems.

The Socialist Party (SP) won a lot of seats in the parliamentary elections of 2006. Now they will certainly lose some of these. This is partly because back then they gave the people the illusion that they would be in the government, while on the other hand the other parties found their left-reformist programme too extreme. This eventually led to a loss of support. Another factor playing a role in the weakening of their support is that their parliamentary leader Jan Marijnissen, a very good debater, left parliament. However, more important is the fact that with the onset of the crisis, the party did not speak out against the enormous bail-outs, but proposed instead a Keynesian programme to “save the economy”. In fact this just meant saving capitalism, and thus in the eyes of many workers this made the SP appear to be not very different from the other parties.

The union federation FNV (traditionally linked to PvdA) will be on the defensive. The bureaucratic leadership will be forced to resist the cuts on living standards, or else be replaced by more militant elements. Already with the crisis there are more radical voices being heard within the rank-and-file. The more militant elements are mostly linked to the Socialist Party.

As things stand at the moment, on the surface it looks most likely that the right wing is going to win the next election. However, this will prepare the conditions for a future swing to the left, which will most likely start within the unions first.

What is required is a real socialist programme, which must include the nationalisation of banks and monopolies under workers’ control and management. This differs radically from the partial “nationalisation” of the banks pursued by Balkenende 4. This kind of nationalisation was aimed at saving capitalism, at putting the banks back on their feet and then preparing them to operate privately again in the future. Real nationalisation means taking over full control of the banks, paying compensation only to the small investors on the basis of proven need, and not to the big bankers and top managers.

After a period of relative quiet, he Dutch working class is slowly starting to move again. The latest strikes have been by refuse workers, protesting against a wage freeze. Also the students have started to move, with some occupations of university buildings, against the proposed cuts in higher education. Should the right wing take over government, this will mean an open confrontation with the trade unions, who will be forced onto the path of struggle, to express the militancy of the ranks.

The Dutch working class in the next period will join its brothers and sisters in Europe, and fight for a Socialist Netherlands within a Socialist Federation of Europe.