After occupying Sanitarios Maracay, the workers have created new organisational forms for the running of the factory. The Assembly of workers is the highest decision making body, and has elected a 21-member Factory Committee, who are subject to the right of recall at any time by the Assembly, to organise production at the plant. The workers have also held meetings with workers from occupied factories in Brazil and Venezuela in order to learn from the experiences of other workers in the occupied factory movement.

After the owner of Sanitarios Maracay declared the closing of the factory, the workers did not waste time in getting organised and taking control of the factory.

The workers' assembly of Sanitarios Maracay invited a representative of the Occupied Factories of Brazil, Wandersi Bueno, to participate in a meeting. Wandersi expressed the solidarity of the Brazilian workers. At the request of the workers at Sanitarios, Wandersi demonstrated how the Cipla factory in Brazil was organised. Cipla has been occupied and controlled by the workers for 4 years, and are demanding that the Lula government nationalise the factory as the only way to defend the jobs of the workers. 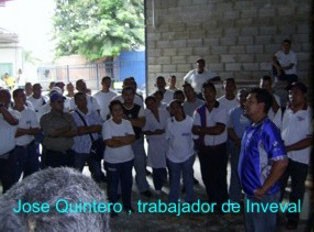 Wandersi also explained, amongst other things, how as well as a Factory Council there is also a Mobilisation Committee which organises and coordinates the actions of the workers and which was a key element in the victory of the workers. Wandersi's explanation was followed with great interest by all the workers as he wrote notes on a blackboard. This was a great help to the workers of Sanitarios.

Comrades from Inveval were also present at the assembly. Inveval is the former CNV (National Valve Construction company) which was expropriated by President Chavez in April 2005 after 3 years of struggle. Inveval is today under the workers'control and co-manages the company with the Venezuelan state. One of the workers and members of the Invevel management, José Quintero, spoke at the assembly in the name of FRETECO, the Revolutionary Front of Occupied Factories of which the workers of Inveval, Invepal and other occupied factories in Venezuela are members. FRETECO's aim is to extend the occupation of factories by the workers as a part of the struggle for socialism in Venezuela and the carrying out of the expropriation of the Venezuelan oligarchy. Quintero explained that the struggle of the workers of Sanitarios was the same as the struggle at Inveval. The workers at Inveval know and understand what was happening to the workers of Sanitarions, because they went through the same experience. He also pointed out that the organisational forms adopted by the workers of Sanitarios were very similar to those adopted at Inveval. He urged the workers to fight and mobilise to get the Chavez government to expropriate factory, as Inveval was in 2005. He stressed that the key to success was that they maintain their unity in the face of the future. 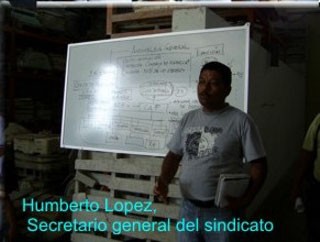 The struggle of the workers of Sanitarios Maracay for the defence of their jobs and for the nationalisation of the factory is the first, but very firm step. What is needed to win this struggle is the firm and strong solidarity and support of the Venezuelan working class, as well as that of the international working class.